[RACE][REPLICA] and [FANTASY] My gallery of inspired paint styles

Here is a small post showing off my paint styles in the game.

My replica of the 1972 - 1974 #16 Minuteman Racing Datsun 240 Z Racecar (Cross Production Class). I did this because on of the drivers in the team actually owns and runs a small sports car museum in Hyannisport, Barnstable, MA, I liked it alot and I wanted to see if I could make a somewhat accurate replica of the car. (The sponsers and SCCA decals aren’t mine, I wanted to use them to add to the authenticity of the car, the front fenders are hard to avoid with the frontbound stripes because it sees itself as a closer pert than the regular fender for some reason.) If you’re wondering why I named the picture Mr. Toad, it’s because the owner of the car barn likes to collect British sports cars, and he has a lot of them, plus he calls himself that for the same reason.

Here’s the link to his place’s website: Toad hall

I have one new picture of the Toyota GT86, the whole decal is original and I’m surprised I managed something like this!!! (The wrap is now shared, it’s called Rocketbun, I know, bad name to give to a car with no rocket bunny parts on it even though the Greddy parts alone look like Rocketbunny parts)

I have one new picture of the Toyota GT86, the whole decal is original and I’m surprised I managed something like this!!! (The wrap is now shared, it’s called Rocketbun, I know, bad name to give to a car with no rocket bunny parts on it even though the Greddy parts alone look like Rocketbunny parts)

Nice livery. I suggest painting your own Rocket Bunny kit on the car

decent designs, just would like to see a few logos/ sponsors.

I’m glad people actually like my designs. I’m surprisd my Fairlady is getting praise despite the little screw up (and lack of vehicle wheel width) at the front fenders.

Yeah I’m still learning how to make more advanced decals for cars (let alone this is the second Forza title I’ve ever owned that allows me to mirror decals properly) but I gotta start from somewhere though.

Right now I’m working on yet another car, the Renault 5 Turbo, in a 1984 WRC Group B decal. It’s a work in progress, but I managed to make two of the sponsors.

In the picture, I don’t show the top of the car, but it does have the Renault logo on it (or at least what it somewhat looks like).

And plus, for those who can’t find pictures of the old datsun, I’ll post some of the pictures seen from the Toad Hall website when you look under “how it all started” and “japanese cars” 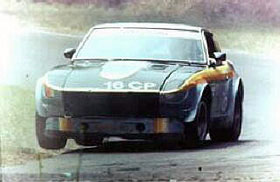 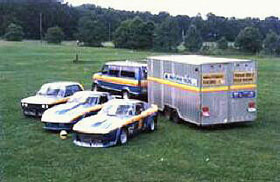 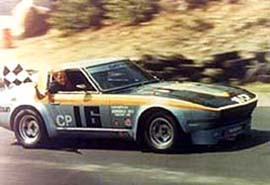 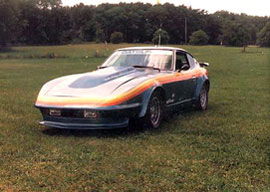 When you read into what powered these monsters, they were lightweight V8 race cars, no joke. They had fun in the SCCA.

Yeah, I really didn’t want to do the mall sponsors because it would be too tedious, let alone that it takes me about a half an hour to an hour and a half to do really fine details only to copy and paste them in specific regions. So here is my rally car…

Nice job on it tho!

Nice job on it tho!

It’s been a long time but I have a new wrap to show finally. The vents of the car though along with the mirroring of it is stress enough as it is but finally, here is my new (ish) Ferrari Dino.

I tried to make it look like a cross between a circuit car and a drift car all while keeping the “tuner” look.

That does look pretty kool

Hey guys, it’s been forever since I updated this post but I’ve got some new cars to share.

One includes a Roush Fenway sponsored LaFerrari, a carthrottle.com style dodge charger srt8 (the wrap is available to download as well as the next car I’ll say), and an STCC Volvo S60 Polestar (forgot the number but I think it is #3? I know it is the one that has the bottom yellow stripes.

I also forgot t talk about an RX-8 I did for a more simplistic decal (and unshared because it’s minimalistic):