There’s an article and then detailed Q&A if you click on the Press Release button. 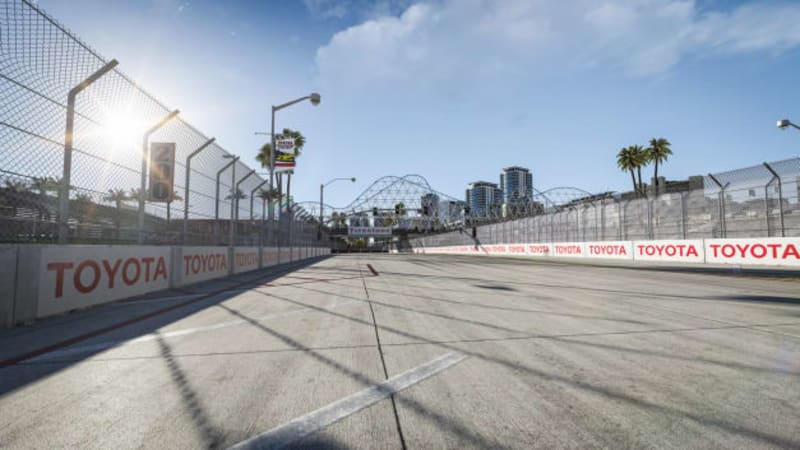 We go behind the scenes at Turn 10 to see how Forza Motorsport 5 racetracks...

The digital model includes every element rendered in "sub-centimeter accuracy."

Can you describe the equipment used to scan a track? How big is the onsite crew?
From start to finish, how long does it take to create a new track for Forza 5?
What would the timeline for a very long track – oh, say the Nürburgring Nordschleife – look like?
How is the scanning/track creation process is different now than it might have been in previous iterations of the game?
What’s the rationale for the mix of fictional to real-life race tracks in the current game?
Can we continue to expect a regular cadence of DLC tracks as Forza 5 lives on?
Step-By-Step Walkthrough of Turn 10 Track Building Process

These are the general processes (with some added background on data) the Turn 10 Studios team follows.

Sounds like more will be added to FM5 which is good news.

Hopefully every nitwit who whines that there aren’t enough tracks and how ‘easy’ it is to add them if they’ve been in other forzas, reads this, understands, and shuts up about how Turn 10 sucks.

Keep on keeping on Dan and the team, you guys rock!

Thanks OP for a great informative post. It seems to be harder to make a track for F5 than it is in real life, lol

Good news…i’ll buy another XBox One at a vastly reduced price (plus hopefully a better wheel option will be available by then) when the next game comes out with all the tracks included from the get go & hopefully the content & features that made this franchise what is was, more than just a game, also a great community experience.
Forza 6 should be a great sequel, looking forward to it.

Thanks for posting the article. As someone who’s not so technically savvy, I get a big kick out learning about how these folks do their thing. It’s interesting to get a glimpse at how the track building process has evolved from the original game. I figured it was a pretty involved, but I’ve got a new respect for it after reading about it.

On a facetious sidenote: I was talking to my neighbor this evening and he told me that his cousins best friends fathers room mate works overnight cleaning the offices at SmartGeoMetrics; the company that does the laser scanning. What he had said was that they had gone to Nurburgring to scan the track in October, but the bellhop dropped the laser unit when they got to their hotel, since he had drank too much at Oktoberfest. As a result, the crew needed to have a new lens shipped to them, but it was going to take 5 days and it was supposed to rain for a solid week. They just decided to bag it, so there will be no Nurburgring until Forza 6.