I’ve tried everything I can think of:
Windows Game Mode disabled. Using older drivers, newest, ones in between. Turned off SLI. Before and After 1709 patch reinstall of the game. Unplugged my capture card. Tried various in-game graphics settings.

I’m at a loss. Pretty sure it’s a problem with the game, and not my hardware/software.

The crashes(90% or more) seem to happen in the pre-race screen, while about to transition(load) into a race or between loading screens. Such as the transition from the credits earned or level up screens to the next etc.

Been waiting for the next patch hoping it has a fix for all my crashing. Game is basically unplayable for me at the moment unless I want to keep launching the game and don’t mind losing progress on whatever I am doing randomly. If it’s not fixed soon I will be getting a refund

Note: This is the only game that has been crashing for me in recent memory. It’s a game crash, just quits to desktop. No reboot, BSOD, or Error Message.

Below is a picture of my Event Viewer after a crash. 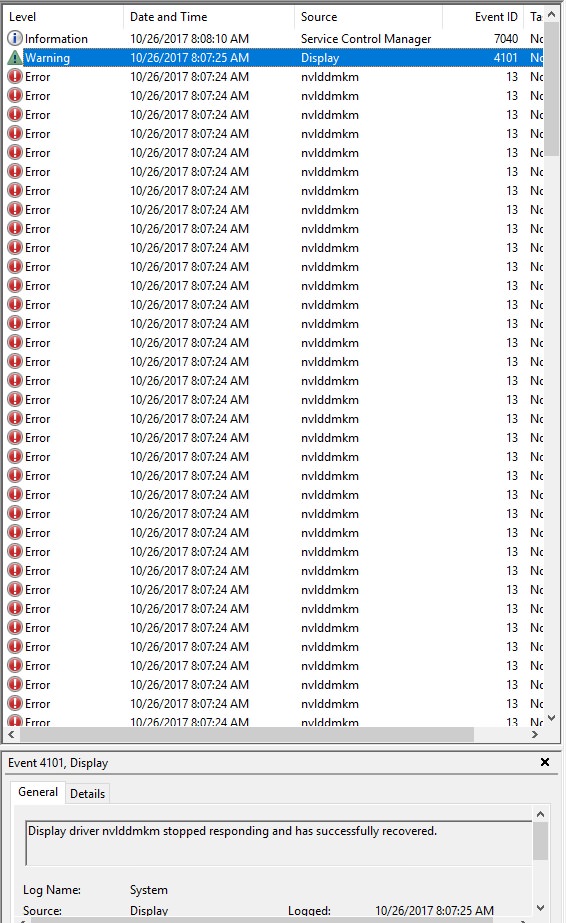 Could you please read this sticky thread and follow the instructions? Thanks!

My game crashed! How to report? - Forza Motorsport Forums

My game crashed! How to report?

Could you please read this sticky thread and follow the instructions? Thanks!

@MobsceneCDN : IT s not your computer ,I have exactly the same problem

@MobsceneCDN : IT s not your computer ,I have exactly the same problem

Yeah, that’s exactly one of the errors I have in that list. As you can see there’s a lot of them

Patch today, apparently no fix after like 2-3 weeks. RIP this game.