Zonda R and other cars.

This is not normal anymore, pretty much every car i drive have some kind of a bug. For the love of god fix those damn bugs instead of adding driver gear and other stuff we dont need.
Here is my latest find. 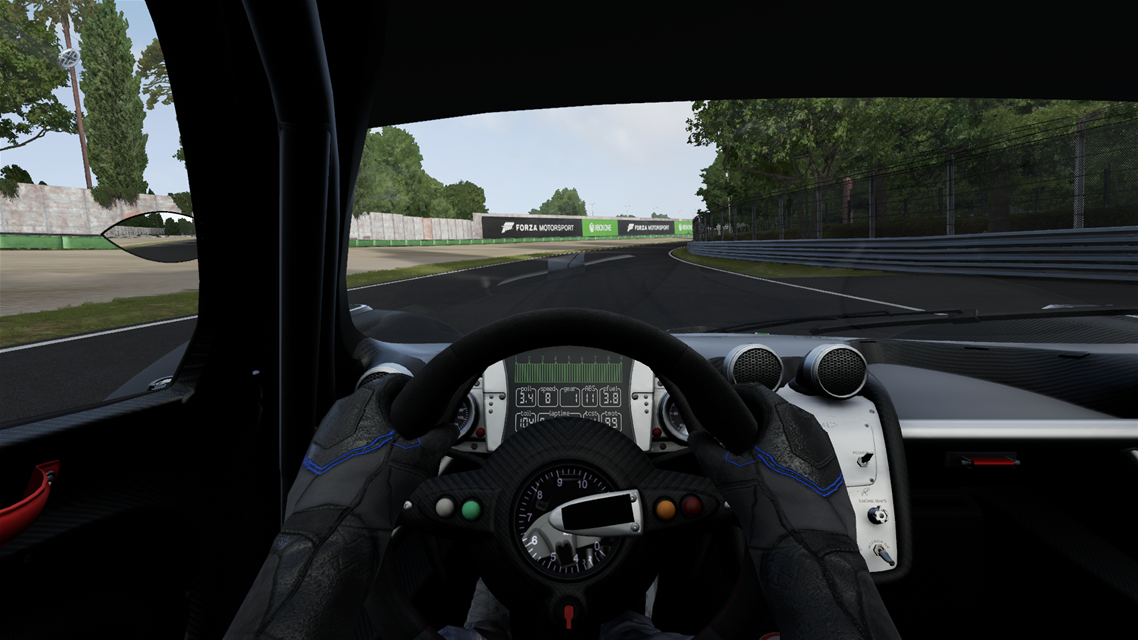 Like what the hell is wrong with the steering wheel rpm dial. First of all theres no needle at all and it wont work.
Second, zonda r logo is ducked up and is just blank black bar.
Third, rpm dial reflection is replaced with a dashboard texture.

I love how everyone jumps on Driver Gear as a cause for all of this game’s problems. It’s not the problem.

I’ve seen a lot of problems like this myself in other cars, but to be fair to them, there are a lot of them to maintain. IF Turn 10 had good communication with us I’m sure these would get fixed but I doubt they will.

I originally started keeping a list of cars with visual bugs in cockpit view, but I’ve encountered so many I’ve given up. Ones that I still remember include:

-Gear shifting animations missing on consecutive upshifts/ downshifts. I.E, after shifting up once, further upshifts are not animated. Might be an issue with cars with sequential shift gearboxes.
-Some cars don’t have shifting animations at all. I think one or both of the early prototype BMW V12 LMR cars suffer from this.
-Cars such as the Maserati 8CTF have the driver shift with the wrong hand and clip through the steering wheel.
-Most cars have the driver’s hand lift off/ clip through the wheel when turning in that direction, I.E, Right hand clips through/ comes off the wheel when turning right.
-Some cars just have the driver’s hands positioned incorrectly and clipping through the wheel permanently, such as the Caterham R500.
-The Veneno has a weird carbon fibre texture at the bottom of the screen when in cockpit view.
-The McLaren MP4-12C has the paddles clipping through the steering wheel when shifting.

What i wanna know is why these extreme track-only versions are classified as a hypercar division with their “normal” counterpart. Hypercars are extremely exclusive cars that generally raise the bar in ehat is technically possible whilst remaining road legal. These cars are not and frankly should be in a class of their own.