Will all starts be rolling in the full game?

As the title suggests, I’m wondering if standing starts will still be used for races in the full game?
So far all the footage and demo gameplay I’ve seen/experienced has used rolling starts…

I sincerely hope not, there is something about getting a great start or more often than not a trash start and having it impact the way you drive the first few laps.

Agree! I much prefer standing starts!

I saw a screenshot on a thread somewhere in here that had advanced race setup options. One of the options was for the type of start. Don’t know if that will just be an option in freeplay or if it will also be in the career, but I’m guessing it WILL apply to the career.

If i’m correct almost all career starts in FM6 were rolling but almost no starts were rolling in mutliplayer except for the nascar races.

I honestly hope that the most used start in hoppers is stationary, adds to the fun in my opinion.

If i’m correct almost all career starts in FM6 were rolling but almost no starts were rolling in mutliplayer except for the nascar races.

I’m sure all starts in FM6 we’re standing, only nascar was rolling…

Why would you think that?

Forced rolling starts are normally an indication of there being trouble/problems with the AI. It’s why Gran Turismo only ever uses rolling starts.

There will be standing starts of course, here is the proof. (and that Stingray sounds mean.) 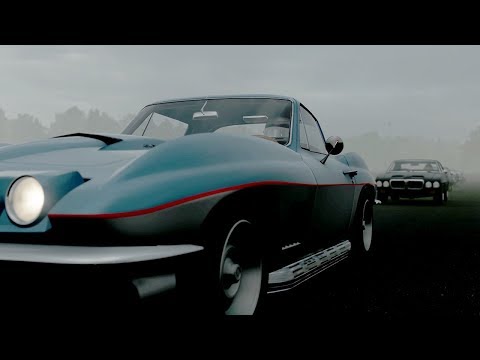 Thanks for the confirmation