Want to have some fun with stupid AI?

So i was running a 50 rounds Miami oval race and was thinking about to change some things up, so i put in the hoonigan class. i took the ken ford mustang with over 1000hp. Put driveatar to pro… and well after around 3 rounds the AI starts freakin out.
At around round 30 i discovered a secret car! take a look! 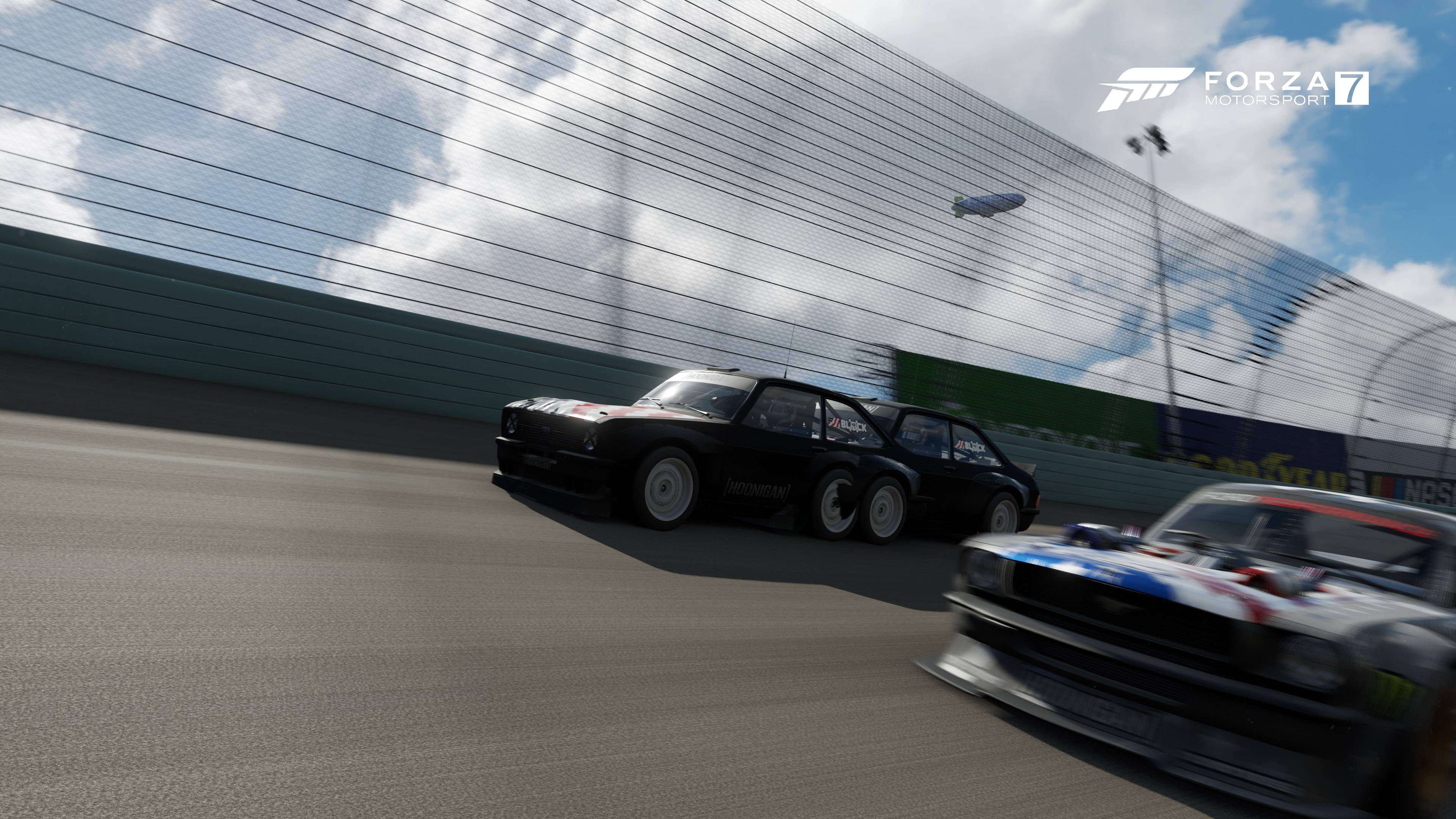 Could be a november dlc car

I love the new physics that let you actually spin out the other cars now instead of the seemingly glued to the road bumper car previous ones. You can cause mass carnage behind you now.

I just did 13 laps of Long Beach Full in Forza P2 class, with drivatars set to Expert and “Limit aggression” unchecked. Only two AI cars managed a single lap without pitting; the rest all seemed to damage themselves at the flower roundabout every single lap. I lapped 2nd place three times. The AI has been fairly well behaved up until now, but I thought I’d experiment with the “Limit aggression” option. Didn’t seem to make much siffreence to how they treated me (still aggressively defend themselves when you’re lapping them), but they do seem to be unable to cope with Long Beach. Funny, though.