I’ve been tuning and racing since Forza Motorsport 2 under the gamertag “Aenyn”. I had slowed down over the past few years with family and a busy Air Force career, but I’ve been putting out small numbers of tunes. I race with no driver aids (TCS, SCS, no anti-lock, etc) and with transmission set to Manual w/Clutch. I do not release a tune until I can easily beat the drivatars on at least Pro, but I usually race at Unbeatable. I not only test the tunes on various racing modes, but I will also test on the highway to make sure the gearing is perfectly setup through top speed. There is nothing worse than taking someone’s tune out for a joy-ride only to start hitting the rev limiter when someone hasn’t tuned the high end gearing.

I tend to not do engine and drivetrain swaps in my tunes, but I will for my favorite cars to make them competitive online. For the sake of my directory, I will annotate any swaps on a tune up front.

This is one of my favorite cars. This tune uses Forza aero and semi-slick racing tires. I’ve been getting easy wins against Pro and Unbeatable drivatars on Road Racing and Street Scene events. It is super grippy and easy to drive with no driver aids.

If you would like to test drive the car before purchasing the upgrades on your own Porsche GT3 RS, try out this challenge card. You will get to drive as Richard Hammond taking his favorite Porsche downhill on the most beautiful road in the FH5 world.

Let me know what you think!

Share Code: 144 937 724
This CJ5 has been tuned as a 5-speed for Cross-Country and Off Road events. It easily crushes Pro drivatars and I easily obtained Rivals times in the top 60 during testing.

Tagging for tunes! Nice to see you back Aenyn!

This tune mimics the Colorado Bison ZR2. It has the offroad front bumper, bead lock wheels, and tuned for dirt racing events.

This Bison ProRunner has 781HP and is built for A Class Cross Country and Online Adventure Play. It easily dominates Unbeatable Drivatars and is predictable and stable for online play and Rivals.

This tune balances HP and grip for all modes of campaign, rivals, and online Dirt and Cross Country events. 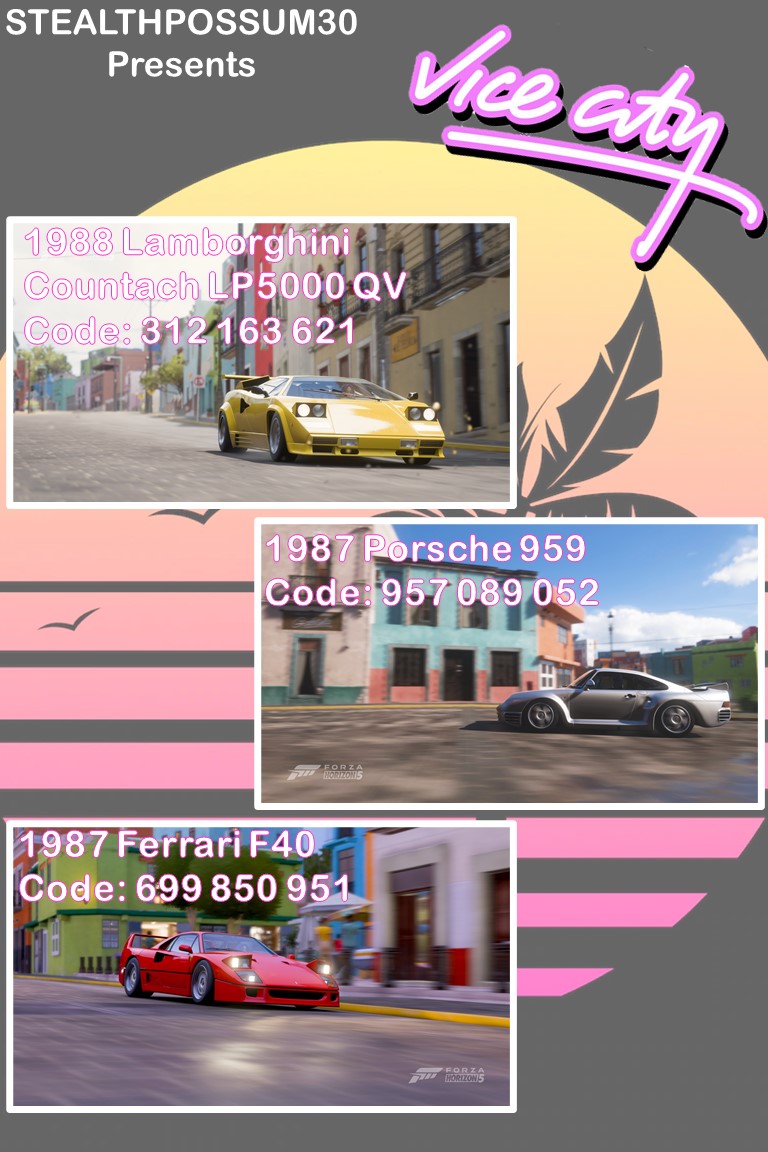