Although I’ve had Forza games for years, I just started messing with the paints and vinyls a couple weeks ago, so I’m still learning. Welcome any tips and tricks. Hopefully the flickr links actually work for everyone.
First up is my Halloween livery- the movie monster van
Frankenstein’s monster, Jason Voorhees, Michael Myers and Freddy Krueger 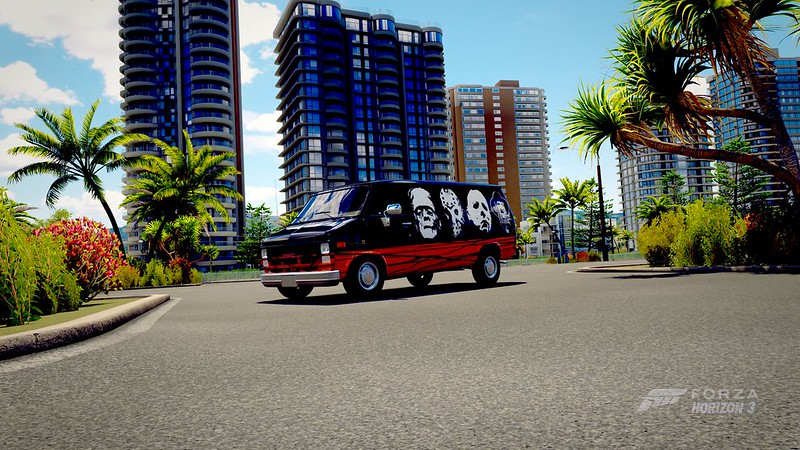 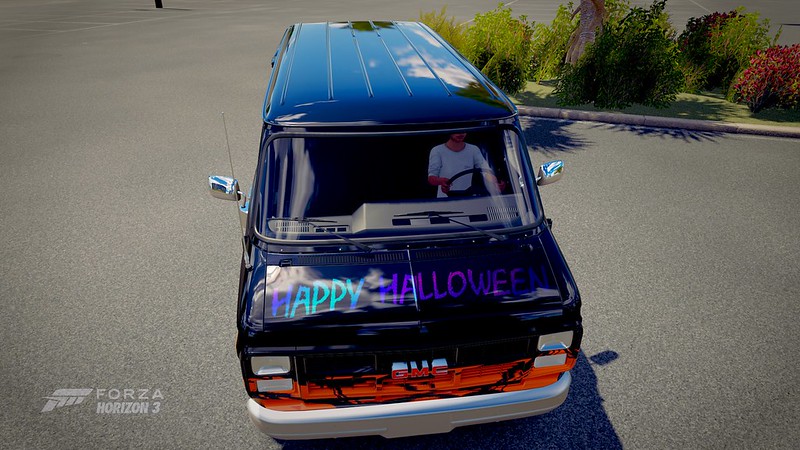 Just a quick paint job, so I didn’t bother lining up the seams on the orange stripes or anything like that- just spent the time on the vinyls. 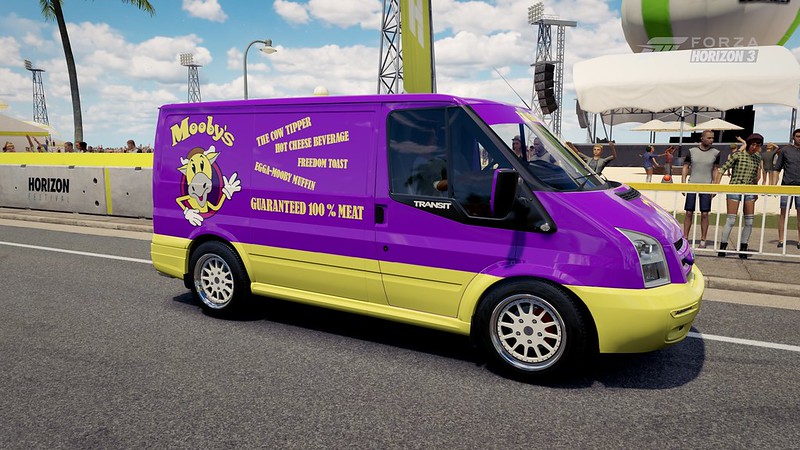 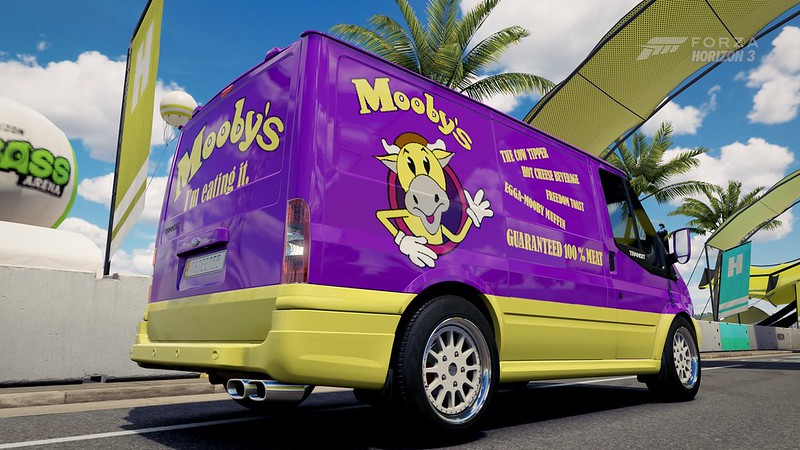 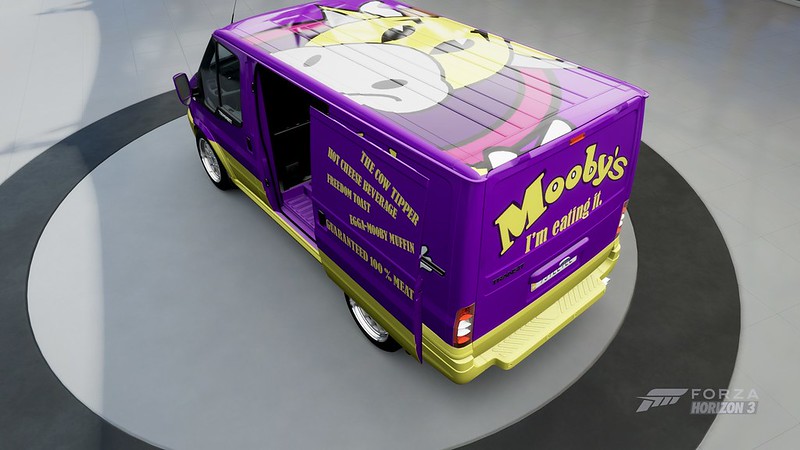 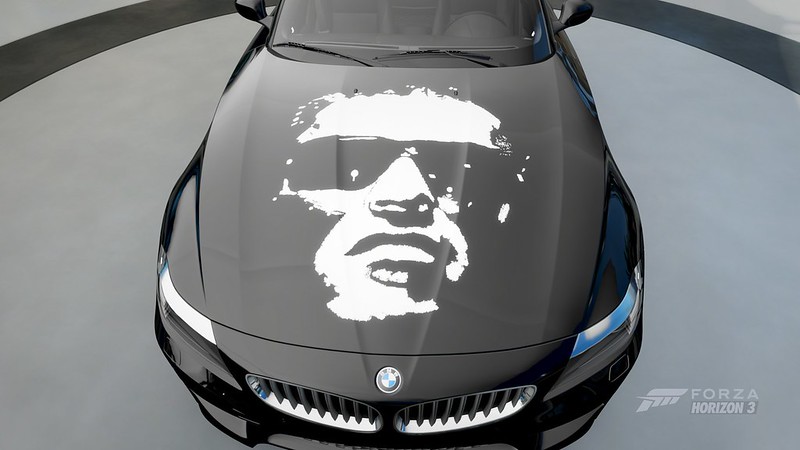 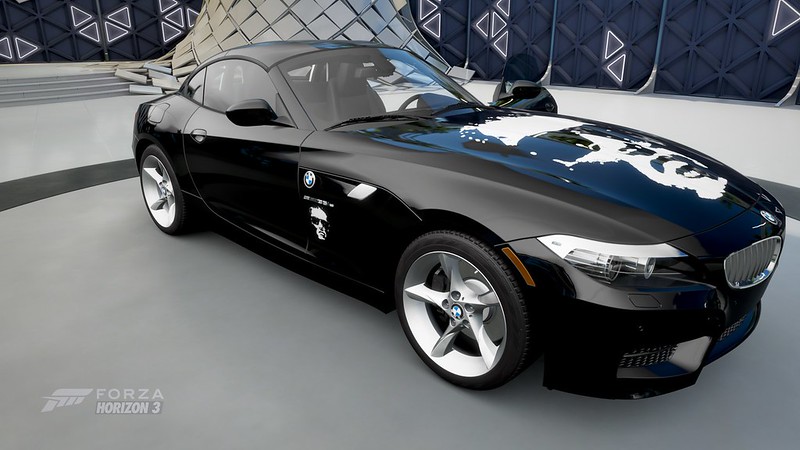 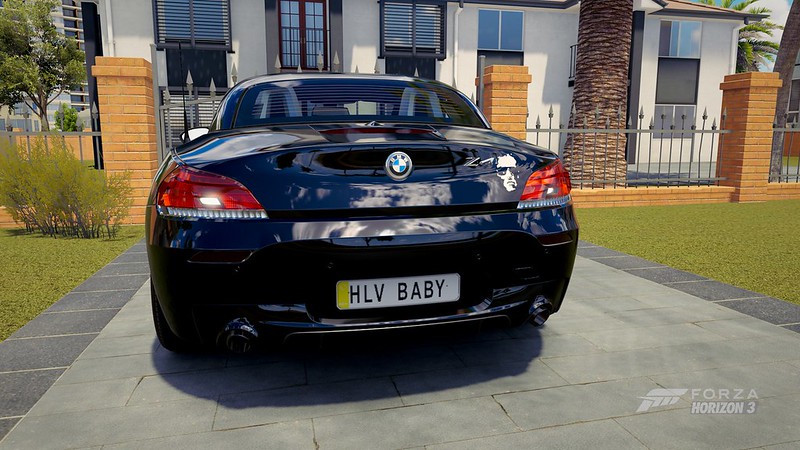 ^^thought putting that license plate (hasta la vista, baby) would be easy enough, but…‘content blocked’. Huh?
Okay then, I removed the plate and made up a quick vinyl of it instead (didn’t bother trying to match the font). 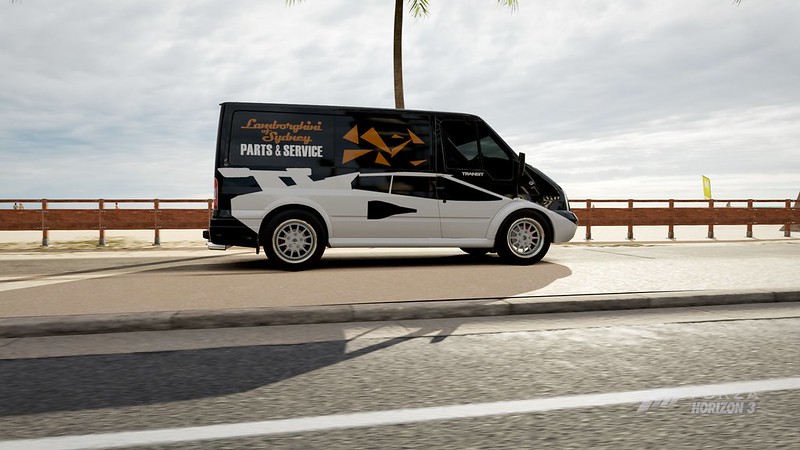 And just some vinyls I made up 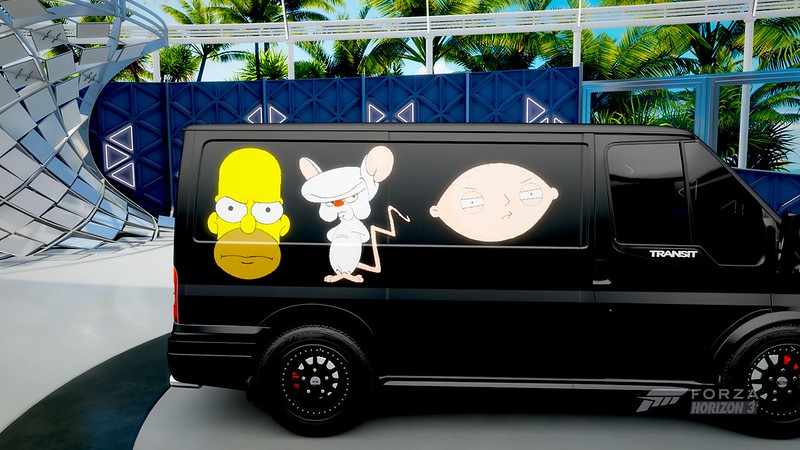 NFL logos (a couple really easy ones, a couple not) 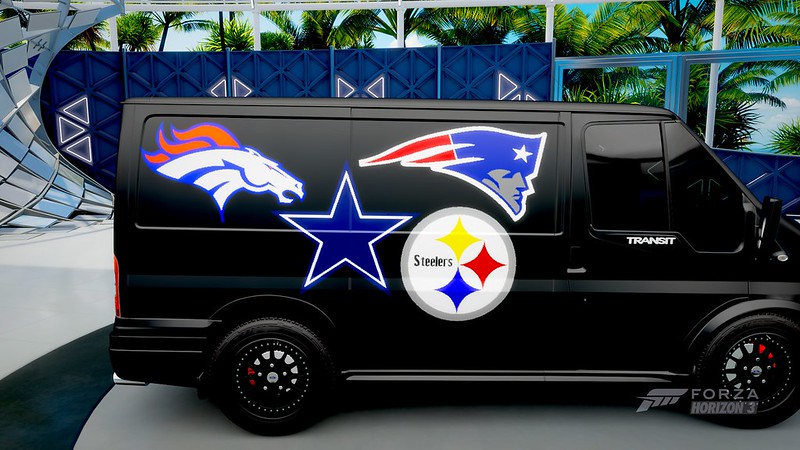 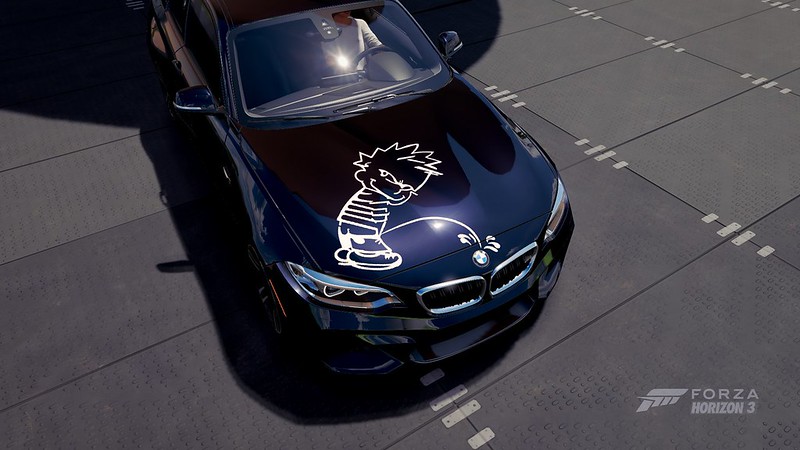 Any opinions, thought or tips? Like i said, I’m just learning this stuff…

BTW, the way I did the white-on-black ones I took from experience- I have a vinyl plotter, and have made several real decals using that style.
Which is a lot easier in real life, too- Save the picture as a monochrome bitmap, import it into the cutter software, choose the size and cut it. Takes about 30 seconds (or about the same amount of time as creating a layer in the editor haha).

You should be able to do it yourself using the little orange ‘edit’ button at the top right of your original post (it allows you to edit the title as well as anything in that post).

Great stuff!! Doesn’t look like you need too many tips but I suppose you’re going to need the custom fonts for “Elm St.”, “Terminator” etc. to really set any designs off? Some people don’t like making them, they can be a challenge but ultimately well worth it.

Plus one on what Midnyte said! Great stuff!

ah thanks midnyte, I missed the title on the edit page.

And thanks for the compliments, guys. Yes, fonts are one place the vinyl editor is definitely lacking (and more color options would be nice- make it easier to do something like the prismatic lettering I put on the hood of my horror movie van). 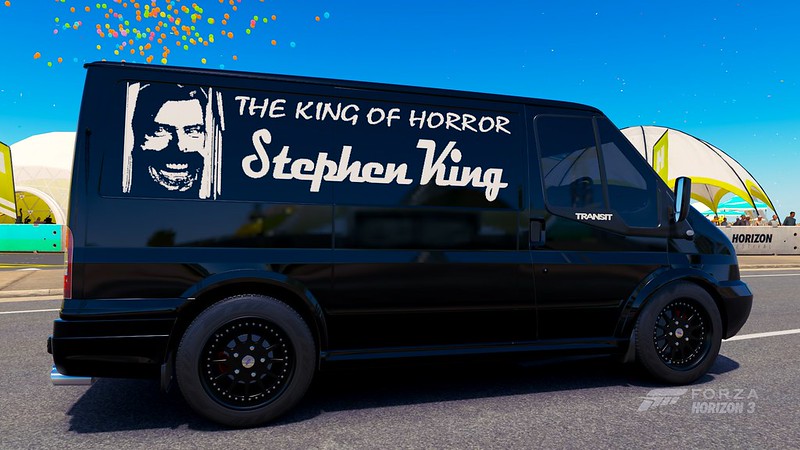