It’s just hard to see how you are deserving of the refund. If you bought the game new from a store and unwrapped it the best they would do is buy it back as a used game for $15-$20. So IF they would give you anything it wouldn’t be more than that. But refund policies are spelled out for you on the Xbox every time you make a purchase. There are no refunds. If you purchase an app for your phone the only chance you have to refund it is before you use it. After you use it, even once, there are no refunds.

It’s like you ordered a meal, ate it, then paid for it. And then the next day you went back and decided you didn’t like the food and should get a refund.

I felt that the demo covered quite a lot and even let you drive twice the cars of the horizon 2 demo. And in reality the game is not very different from horizon 2. Same menus, same purchasing style, same upgrades, same online play style. They did not take a single thing away from horizon 2.

Not all games are winners. But all AAA games cost $60 when they are new. I’ve bought so many games at or near that value and really not enjoyed them. It’s like going to see a movie at the theater after you’ve read reviews and seen the trailer, but after it’s over you want a refund because you didn’t like it.

This is my reaction, after I got a negative answer, of course, I started calmly. I just want to buy something else. I still have to use this money to buy a game or 2 from the Store. I do not want it back to my bank account. Yes, I love all these “from 2” aspects but you can not change the fact that I do not like the map nor the physics of the game this time around.

Take the money you save from not buying any future games and take some literacy classes. You can start by looking up what paragraphs are for.

I’m sorry but playing the demo, purchasing the game, and playing it for all of a grand 4 hours (if what you said in your last thread still holds true) and demanding a refund because you sport an obviously biased and poorly argued opinion - get this - is NOT a valid case for a refund.

You purchased it, openly admitted to playing it, and didn’t bother arguing with a reason other than “I thought Horizon 2 was better even though I am miles away from seeing even half of what the new game has to offer” (and yes, I added that second part in myself).

If I’m being honest, you judged FH3 way too quickly and now you are salty over the fact that nobody went to your corner of the ring to give you your money back (even after you played it). If you had a more valid and actually arguable reason to return it (i.e. It frequently crashes, I don’t have enough space to finish downloading it, I accidentally bought the game somehow, the advertisement that lead me to buy it blatantly lied to me and I got a toaster) I would sympathize with you. Only if…

…but, your case is so poorly presented, and to a point, you almost don’t even have one. You announced from the get-go that you had a huge bias (indirectly) to sticking with the last game and then expected your note about only playing the full game for 4 hours (which isn’t even half as much time needed to do races/events in each area, let alone unlock Horizon blueprint to it’s full extent) to not have ill effects on your validity. The closest thing to a point you made in your actual OP was that it was “casualized” (which couldn’t be farther from the truth as FH2 had a ton of hand-holding compared to this). You ended up implying that the game was worse because it gave you more control over what events happened in the festival. Above all your argument was very loose and unspecific so I can imagine why support would have had a hard time determining why you need a refund.

Point is, as much as you believe you were robbed, you weren’t. You seriously could have waited until it released. This is your fault for being hasty.

I suggested you give Horizon 3 a chance before writing it off in the previous thread, I am doing the same here. Honestly it is so hard to take you seriously because of all of this.

I wish he was a troll, but elitism runs rampant in this forum. It’s always that “older is better” or “the new caters to casuals”. Yet they’ll buy it anyways just to complain about it. Forza dev team owes them nothing, and it’s not worth complaining about if the de facto argument is that it caters to an audience larger than the one previous.

In this case it’s good that he didn’t get a refund because he blatantly does not deserve one. He’s just angry about not getting money.

I wish he was a troll, but elitism runs rampant in this forum. It’s always that “older is better” or “the new caters to casuals”. Yet they’ll buy it anyways just to complain about it. Forza dev team owes them nothing, and it’s not worth complaining about if the de facto argument is that it caters to an audience larger than the one previous.

In this case it’s good that he didn’t get a refund because he blatantly does not deserve one. He’s just angry about not getting money.

The layouts are really good and I’ve found some gems after playing a few days. The best layouts are reserved for later in the game it seems.

Also, this guy doesn’t deserve a refund. I would have laughed at him if I was the tech support.

The layouts are really good and I’ve found some gems after playing a few days. The best layouts are reserved for later in the game it seems.

Also, this guy doesn’t deserve a refund. I would have laughed at him if I was the tech support.

Casual racing games are there because the casual arcade racing gamer doesn’t want to have to tune a car for a drift build, have simulation damage or have the FWD/RWD/AWD actually have an effect in how effective the car is. I don’t see a monster truck 370z or police evasion feature in Forza Horizon, so even if it can cater to most varieties of gamers, it’s still far from that staple.

The MasterMedic - You have absolutely nothing to resist to the fact that, why they decided to release the “physical UE” only in the selected countries and then to attract to play with something called “early access”? Of course, as a big fan of 2, I wanted to play the full as soon as possible. This is the main reason, why I’m crying here. I feel like, everything was decided for me. I also did not find right to claim a refund with a lie … calling it flawed or the like. Being honest, you will not get far! One game [Mod edit - WSD - Profanity and alluding to profanity is against the ToS].

[Mod edit - WSD - Dont quote posts which are against the ToS]

Actually, I’m pretty sure my lengthy post above just about covers it.

Nothing in this case was done for you. Nothing. You have no case. Purchasing and playing it was your choice, and it is also your choice to judge the full game over 4 hours of blatantly biased comparison (after playing the demo). You can’t just take a bite out of a pizza even after trying the samples and demand a full refund.

Just play the thing and enjoy it with the rest of us if you want to keep up with Forza. Nobody is going to throw rocks at your window to win you back if you don’t. You just aren’t going to get a refund because you are being stubborn about it.

i’m still waiting for a refund or my missing credits for the broken early access vip.

There was a demo doe…

re fund on a video game because you didn’t like it. your a joke I guess you never lived in the 80 s and 90 s when every game was a risk.

RPM Swerve - says a dude, who hasn’t ever played 2 … 0 achievements.

ForeignTABASCO - It is entirely possible, decided upon by the seller (link below). Microsoft changed its policy in mid-2015, before it was one digital refund per year … no reason was asked, now it has changed. 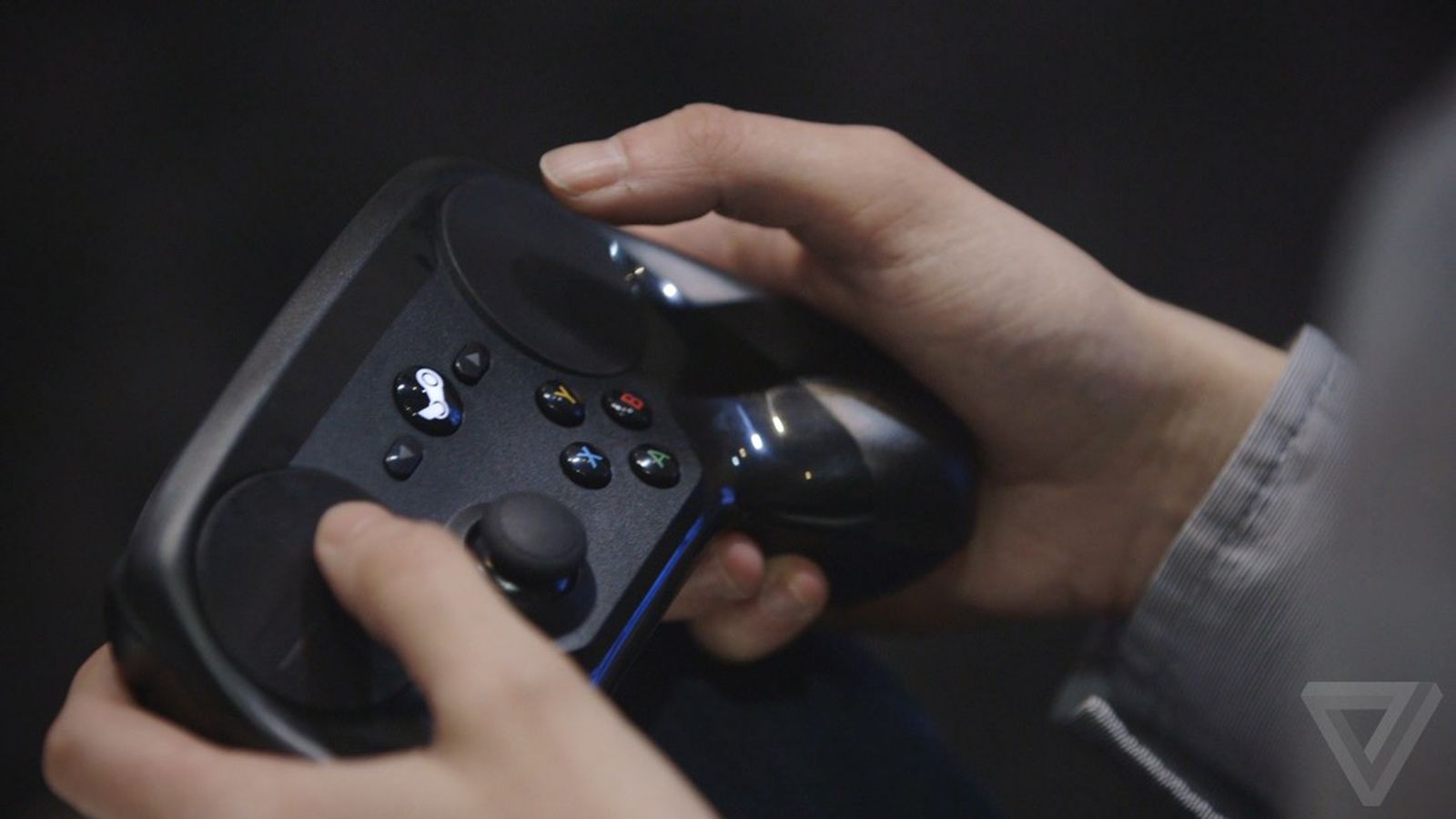 Valve's online games platform Steam has added a refund policy. According to a newly published page, "you can request a refund for nearly any purchase on Steam — for any reason." As long as a player...

Seriously, how can you play a demo and not decide from there if you like the game or not? Makes no sense and even then if you are unsure just go buy a hard copy from somewhere and either try get a refund or at the worst sell the game on for minimal loss.

Arizer - I just prove that it is possible to refund a digital purchase, not a science fiction or 90’s. TABASCO basically says that it is impossible, but actually decided by a seller.

Trolling? What do you hate about the game exactly to make this kind of topic? You say “they threat you like this”, what do you mean?

You paid for early access to the game that you tried in the demo… You got VIP, car packs, etc. And this is what you got? I bought FH2 UE and disliked the map, but I played for 2-3 weeks anyway and had some good time, didn’t cried for a refund…

FH3 got the map right, with a lot of different locations. You can decide which races you want at anytime. It would be nice to have more paved road to mess around like the dock, and if the map would be just a little bigger with some mountains, but nothing to react the way you did.