I was taking a quick look through the Forza subreddit earlier and noticed an image depicting a Crown Vic rated at R999, and saw comments that others were seeing the same thing with the same car. So now I can’t help but wonder if anyone’s seen that on any other cars, because in my hopeless optimism, this could mean that T10 has something in the works to fix the ridiculous PI system currently plaguing FH3. 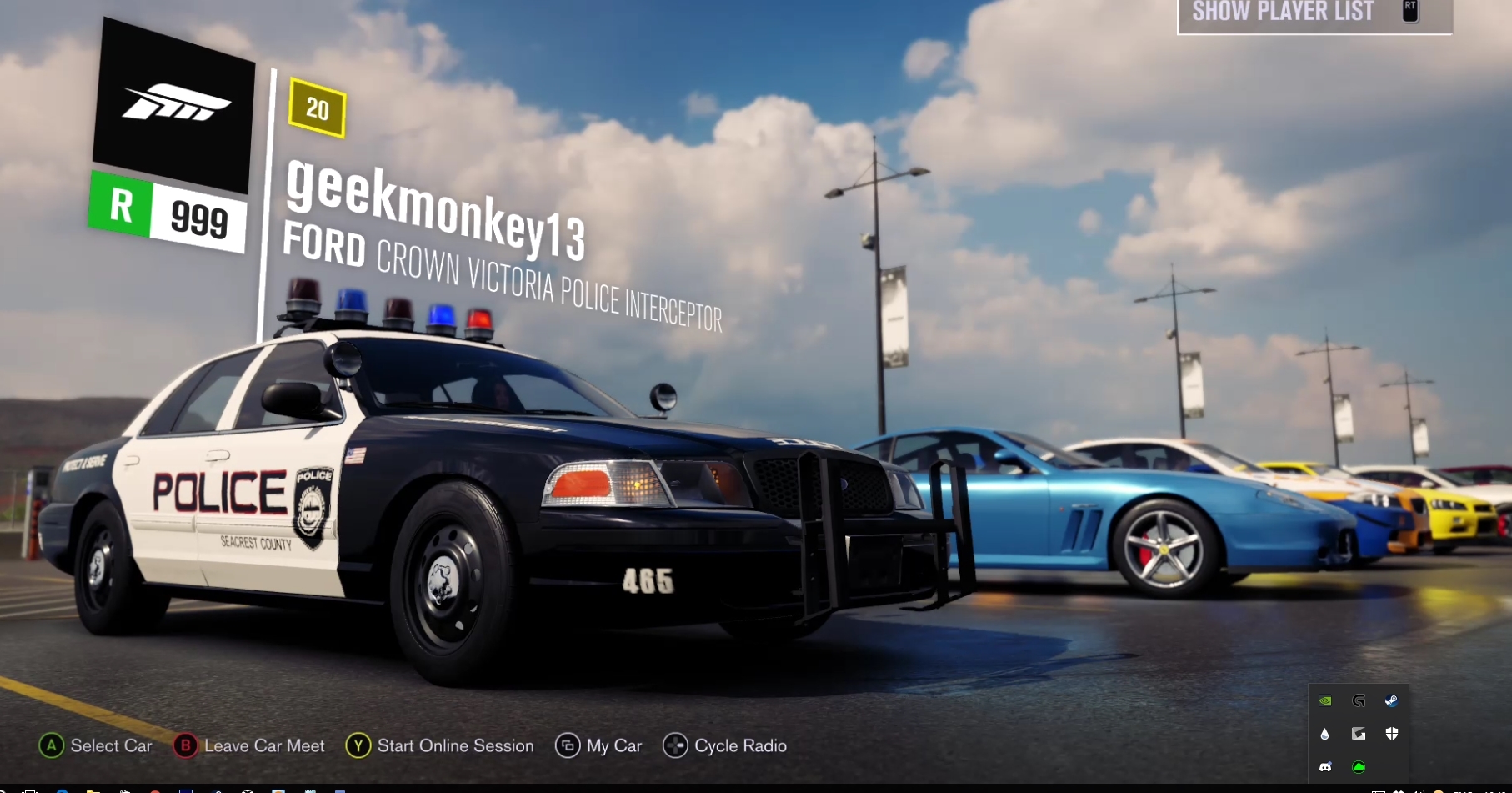 Idk about that but I do know you can use the AH to see the upcoming Horizon Edition car that are not released yet.

I just saw an R Class King Cobra in a car meet, so I googled it to see if it was possible and this post showed up.

Hi all,
This is actually my first time on forums because I saw an R999 car as well. I can’t remember what car but it too was GeekMonkey13. I don’t know about anyone else but this seems awfully suspicious that 1. there is a bug/glitch with this player 2. he is a hacker and wanted to feel special or 3. he is actually someone from the forza team. If anyone knows if he is that would be pretty cool. I play on console and I searched him up. I’m not sure if this is a guy that’s a fan of him or he just has his setting to say offline but he came up as offline with no friends but 124 followers. This sounds quite weird to me but who knows it might just be something the dev’s having seen/acknowledged and fixed yet. If it isn’t though, I would love to be able to get one as I thought of it as "Rare"999