What’s the difference between a Preorder car and its standard variant? Because they look identical. 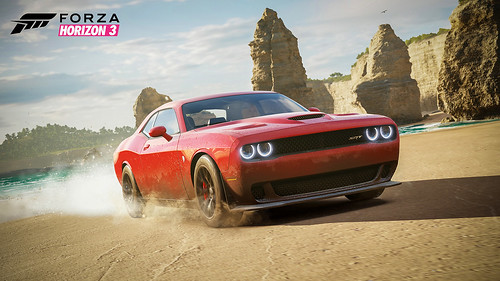 These cars are special DLC not available to purchase from the Xbox Store.

The image of the Hellcat from the announcement shows no special livery on the car. These cars have untuned versions of the same models in the regular game roster and are treated as separate models due to the upgrades; players can still drive a Hellcat in the game even if they don’t buy from Gamestop.

The cars appear to be the same except for a couple of things:

The PI advantage can end up being very useful. For example the 488 GTB starts stock at S1 900, but so does the PO version. Like I mentioned above, the 488 PO from stock has all those things like race springs etc. which lets it be tuned and optimised in it’s stock form for S1 much better than the regular version, which can only do a handful of that.

What’s the difference between a Preorder car and its standard variant? Because they look identical.