It is soooo stupid to get hit by a sign and have it destroy your race. They are basically used as weapons.

Tires too. Never seen anybody crash into a tire wall in any form of Motorsport and have them spray all over the track.These can be just as deadly as the signs if caught between your car and a wall at Rio or Bathurst for example.

If anybody does it must be extremely rare. Unless they’re flung immediately in front of your car they’re very easy to avoid most of the time but they shouldn’t be effecting races in the first place.

Virginia is terrible for signs. You can get them wedged between your car and a tyre wall, which basically throws your car completely off.

I don’t recall a collision with debris ever appreciably affecting my lap.

I don’t recall a collision with debris ever appreciably affecting my lap.

Had somebody in a ghost race knock a sign onto the track in front of me at Brands Hatch which caused my car to get catapulted into the wall.

While I’ve seen track objects a few times affect a race I’ve never seen someone able to purposely hit one, have it take someone else out, and remain ahead of them.

Was on Road America East in the ghost league in a beast of a GT40 going up the front straight when a sign b lined right onto my car and threw me out of control. Those Group Prototype cars do not react well to signs.

That is ludicrous. Something like that would never happen.

1: How can a computer program tell if someone does something on purpose compared to an accident?
2: For a handful of people who want this feature, is it worth increasing the HDD space of millions of people who don’t care?

This request doesn’t make much sense. In the real world these items are there. If you remove them, then its not a sim. Just drive around them

I don’t want them ghosted, I might be the one putting them there!

However, in the real world, they’d probably pull out a caution and remove the debris.

I can’t drive around a sign hurtling through in the air. I was going at least 150mph. There is was nothing I could do. It was just there suddenly. It happened very fast. Any sign or tire moved out of its original position should be ghosted. There should not be objects on the track. It is not a true sim but any race would be stopped until they were removed. So ghosting them would be a way of removing them without stopping the race in our simcade game.

Lol I’ve been taken out by a rogue sign on VIR. Best part about it was that I was in a ghost league race. All I could do was laugh, it was pretty funny.

Well well, now we know what this guy was doing… 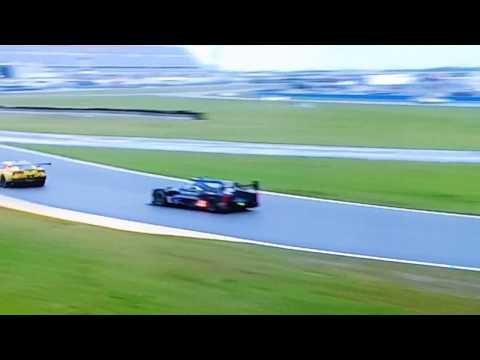 Was worth getting demolished by a sign just to see that video. lol