Pixel Motorsport (PNUK) is a well established forza club and has run many club championships, unfortunately ive never really had the time to post pics here from our race meetings. although i still dont have a great deal of time i`ll be trying to at least post a small collection of shots from each weekend with some short write ups that hopefully will give a bit of insight to how the race panned out.

all comments and criticism welcome as i don`t profess to be a full fledged forzatographer, 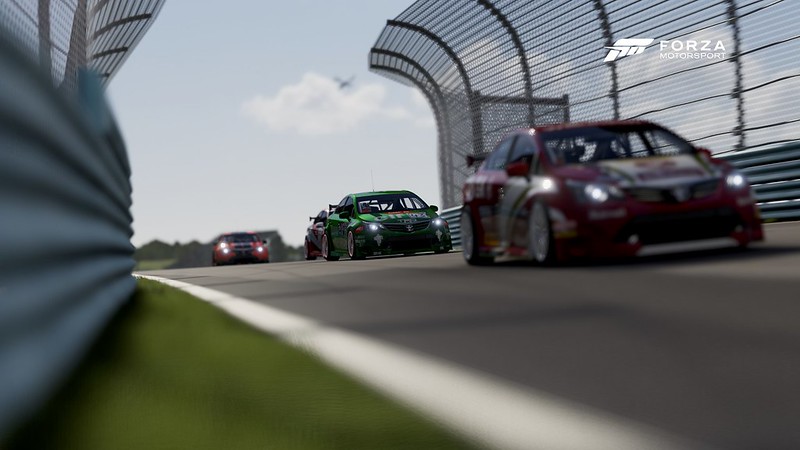 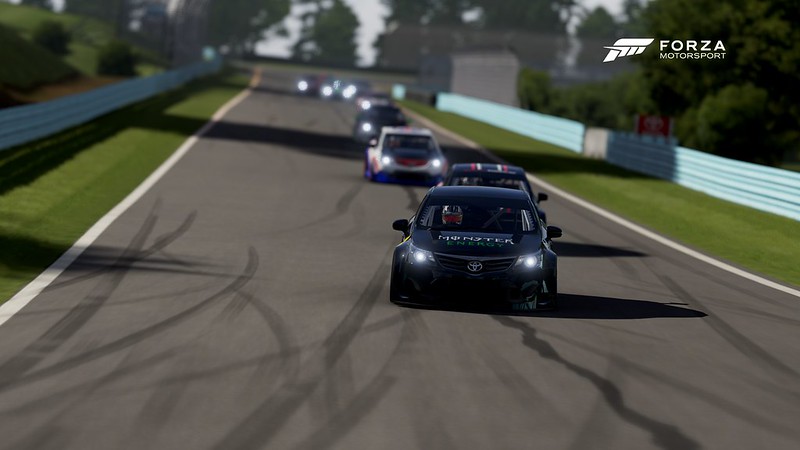 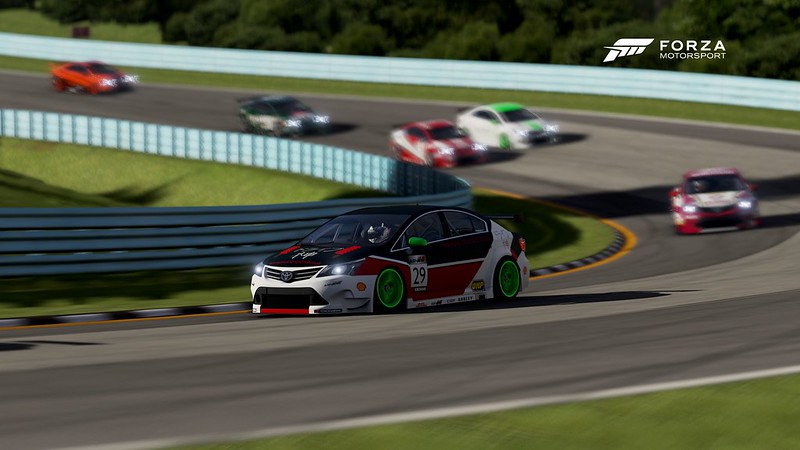 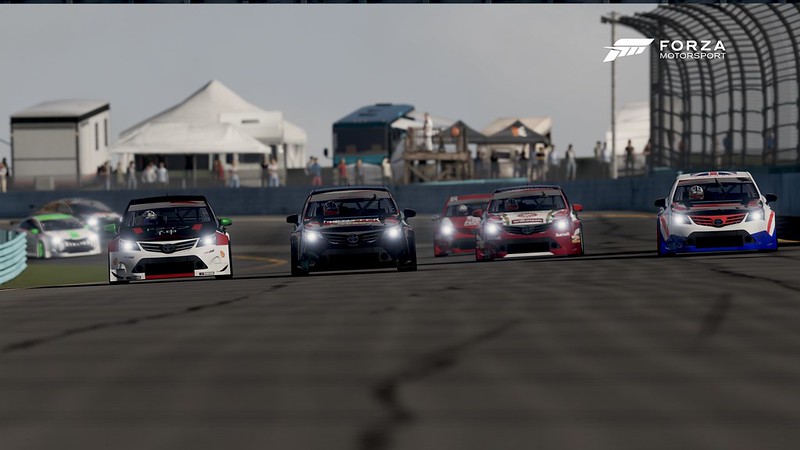 three abreast between simon 0ne, baker and conlin was interesting, especially as simon 0ne was heading straight for the end of the pit wall. lucylou having a look at the action probably waiting for it all to go wrong. 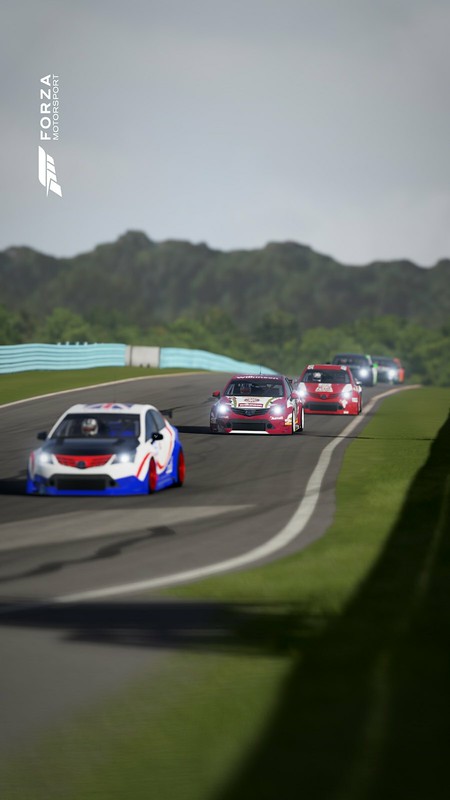 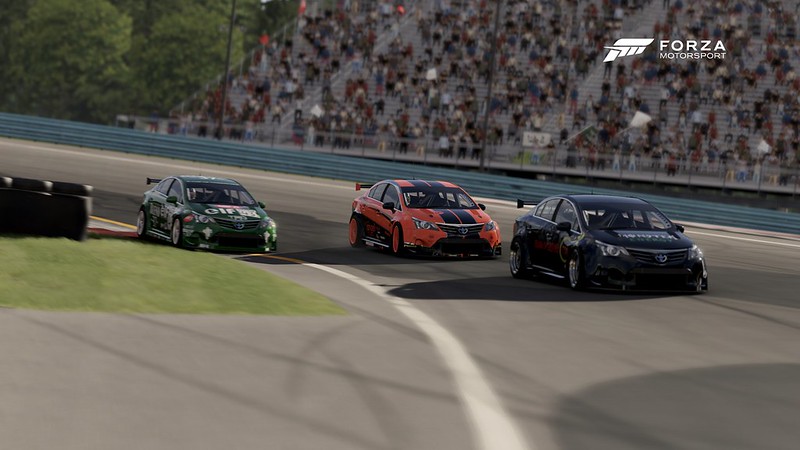 reverse grid saw wicked singe and unfitwookie start from the rear, both quickly made their way through the pack 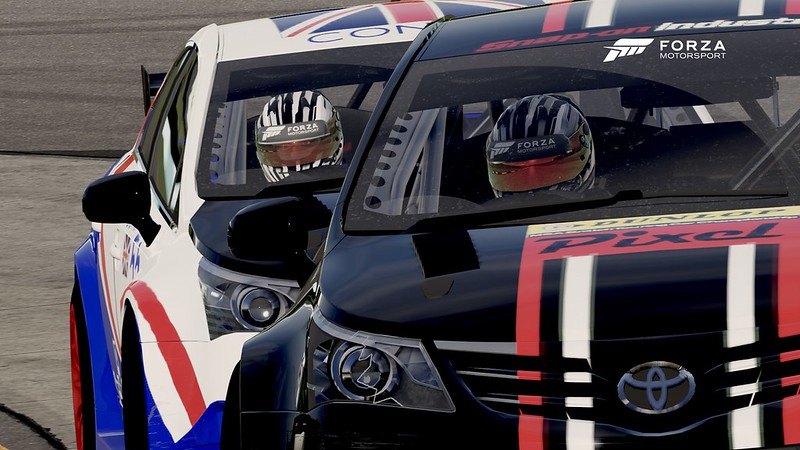 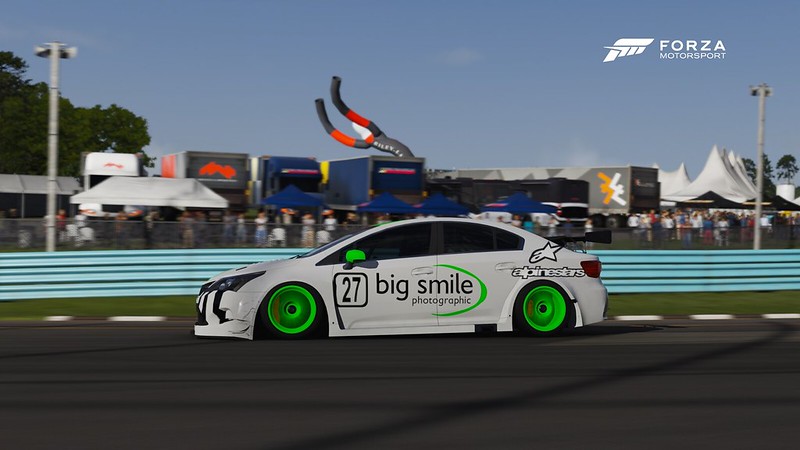 lincoln elite who was having a battle with baker seemed to have the watkins glen crowd cheering him on, even the inflatable crazy arms guy is waving him on 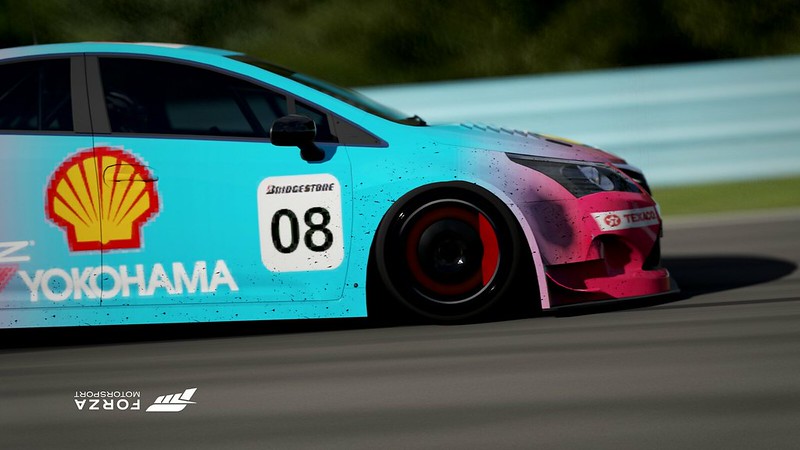 doom spoon pushing hard as seen by the glowing brakes 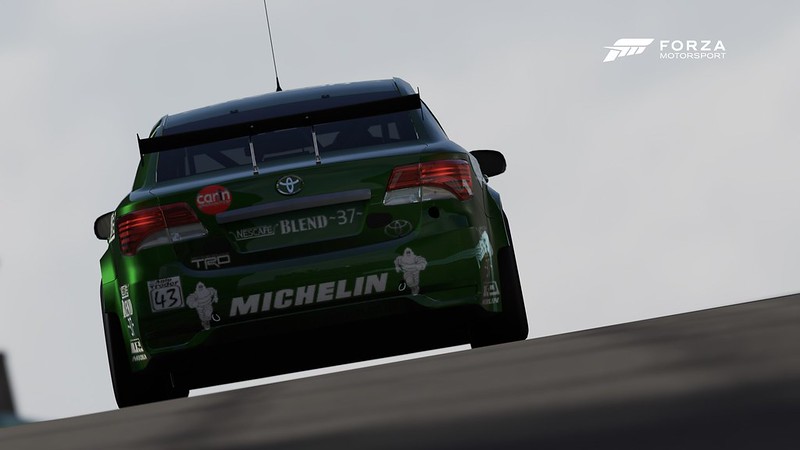 after keeping his nose clean and driving a fairly faultless race the eventual winner, unfitwookie

any interest for joining in on the action check out http://pnuk.forumotion.co.uk/, we`re a very welcoming club and always happy to take on new members of a levels providing good clean yet competitive close racing. plus always a good bit of banter, especially if at the expense of ochillbaz! 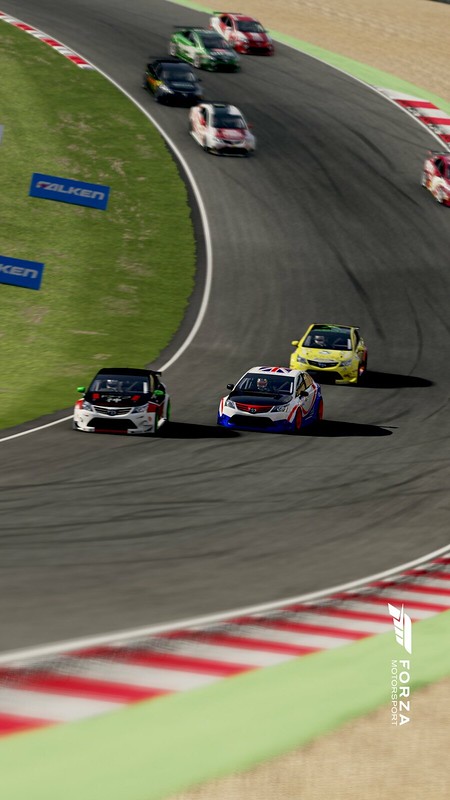 feeling annoyed at being pipped to pole simon one pulls a nice move on pole sitter conlin one as they race away from the grid. taking a wide entry simon one gets a great drive coming through paddock hill bend and races down the inside on conlin one 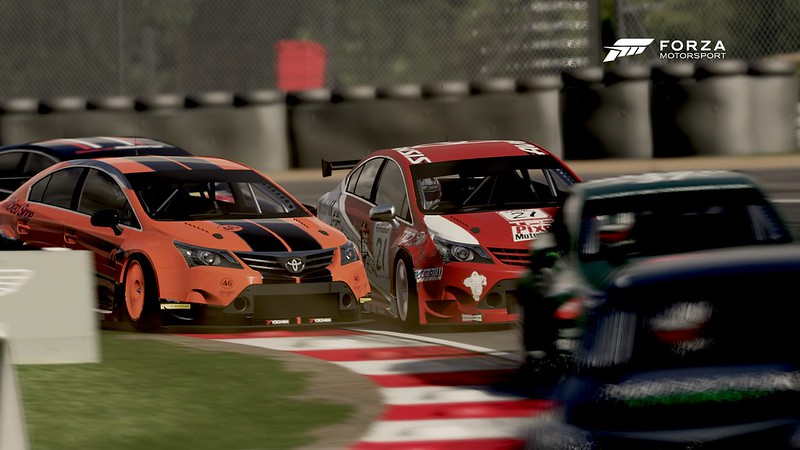 meanwhile as the pack race through druids wicked singe tries an opportunistic move down the inside of lucy lou, who defends hard and gaz not only fails to gain a place but consequently loses two. 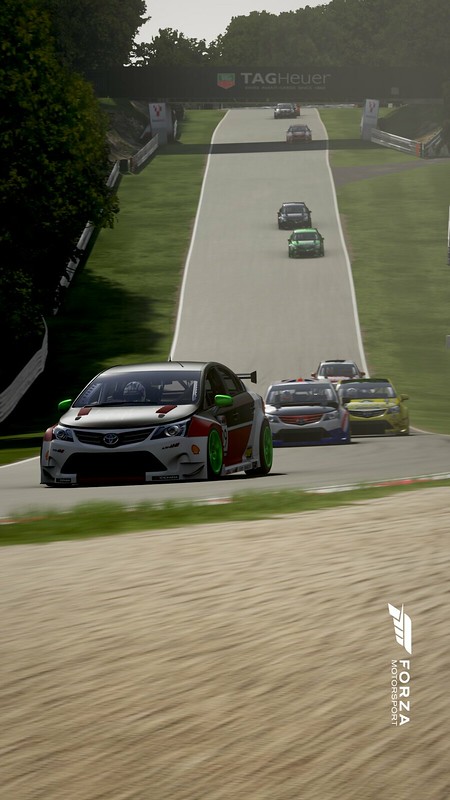 as gaps start to appear in the field simon one doesn`t look back from gaining the lead and races away to an eventual victory. 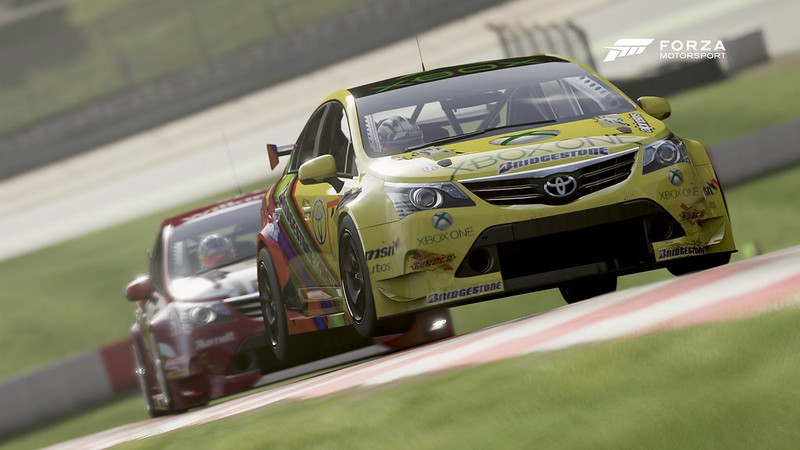 warble is the first of many throughout race one and two to catch some air. pushing hard to keep ochilbaz at bay as they have a race long battle! 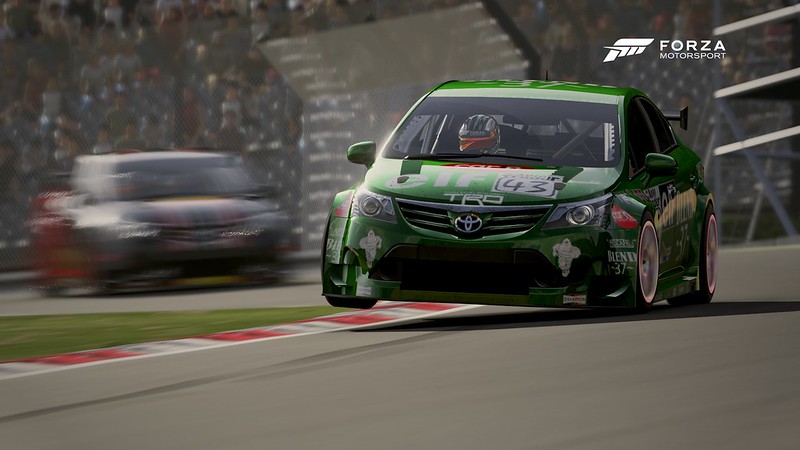 goodwin shows cobragt how to get some air through paddock hill bend, cobra obviously takes note as we`ll see later. 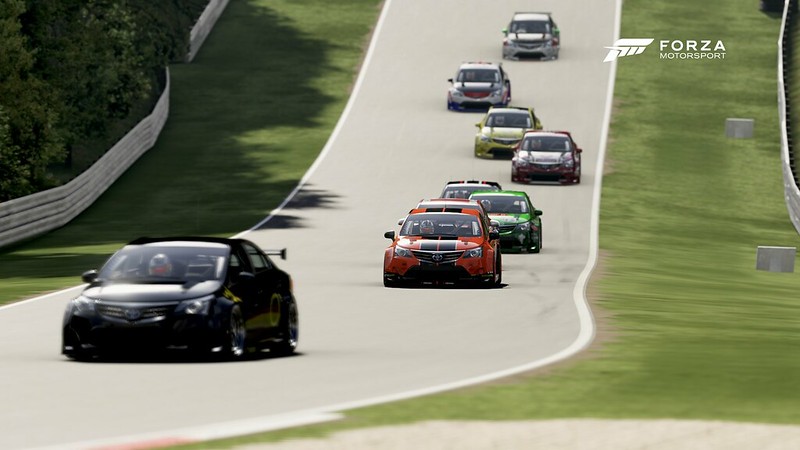 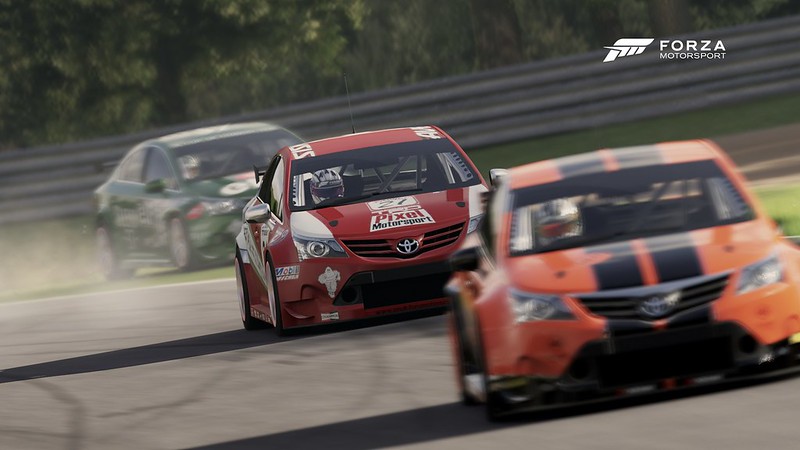 lucy lou puts the pressure on wicked singe, goodwin tries likewise but his talent runs out as he runs wide. 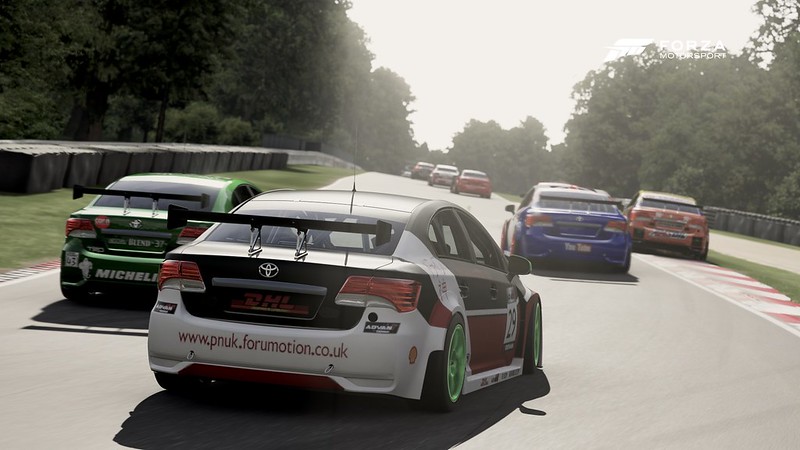 the pack races through stirlings with only warble struggling to find grip. goodwin after his escapade into the green stuff is being lined up by simon one who`s starting to pick his way through the field. 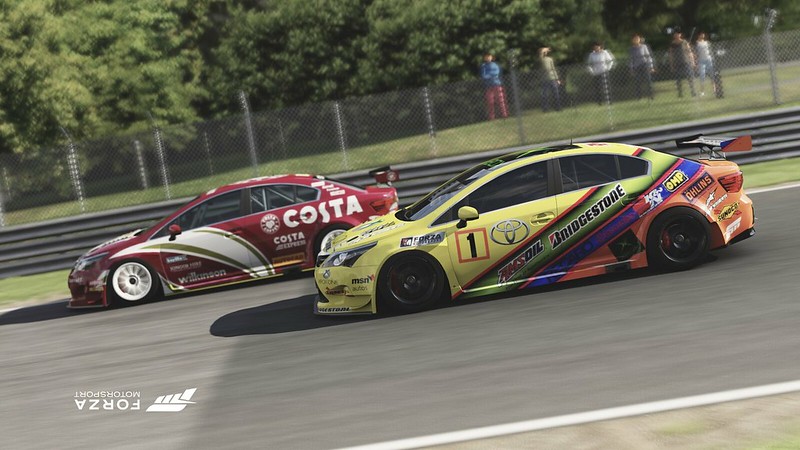 following on from race one warble and ochilbaz carry on going at each other, some brilliant good close clean racing non stop from these two in both races. 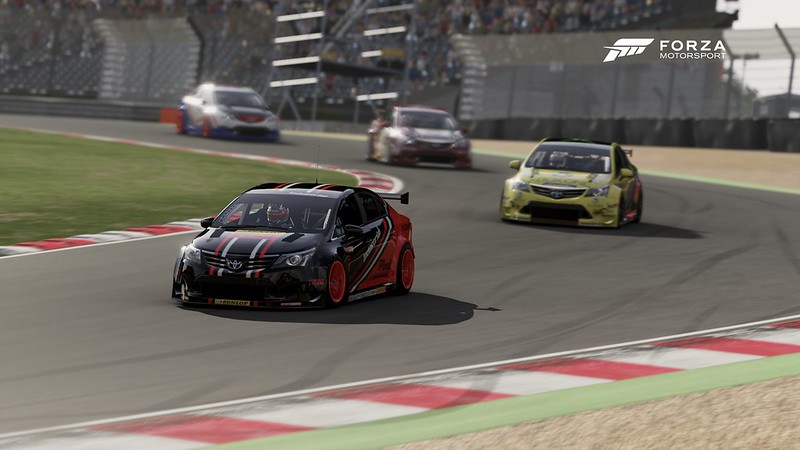 cobragt (on all four wheels!) leads warble, ochilbaz and conlin through paddock hill. 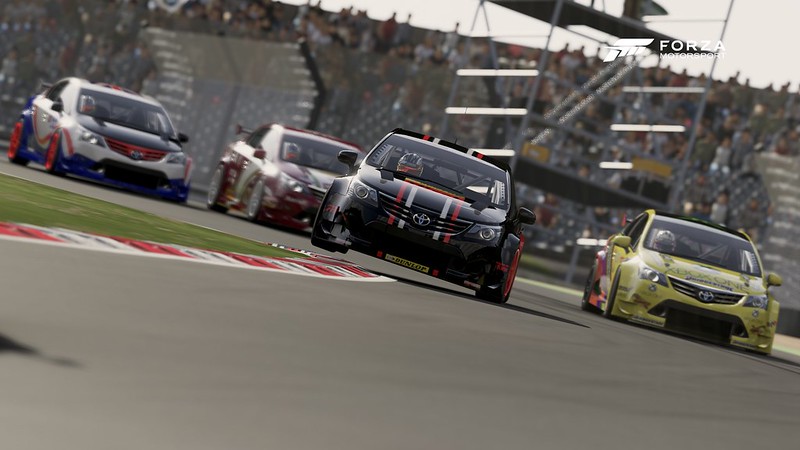 cobragt now seen taking paddock hill as he would carry on lap after lap. conlin one after waiting patiently makes a move down the inside of ochilbaz. 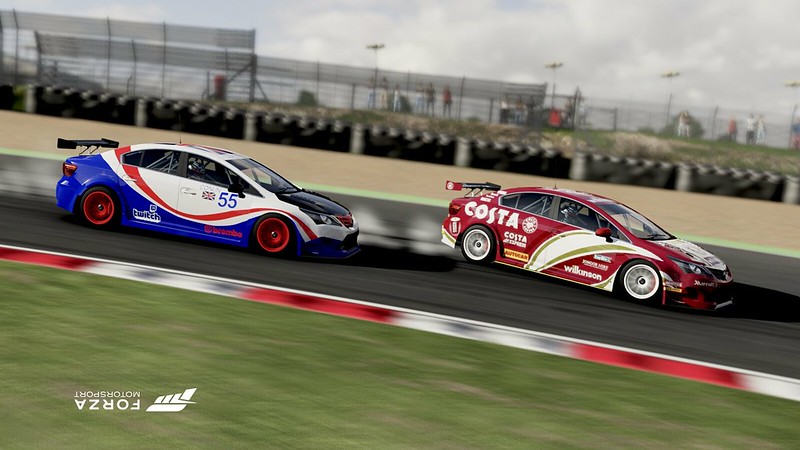 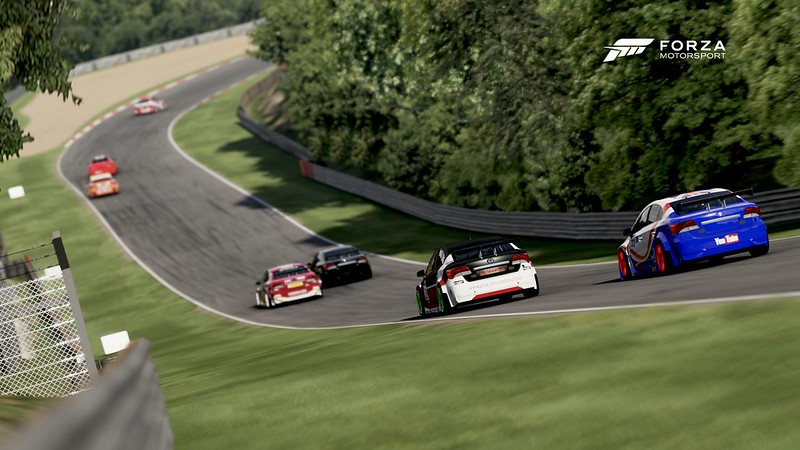 as people start to dive in for pit stops the field swaps and changes from front to back, still plenty of battles going on. 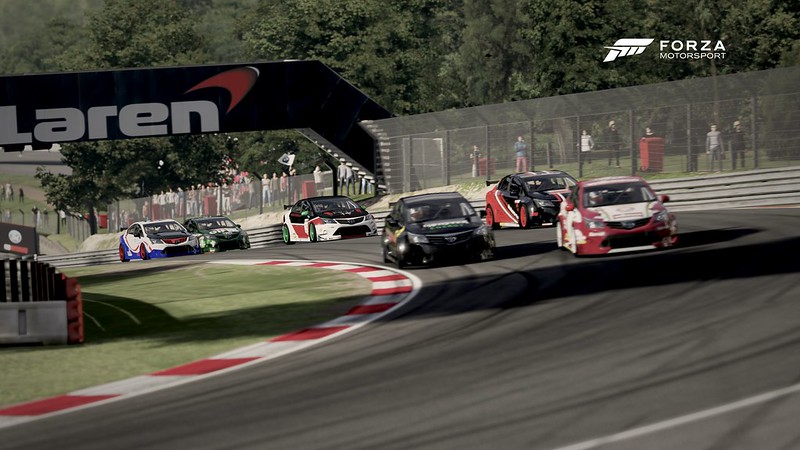 ochilbaz goes round the outside of baker through druids, conlin one defends from goodwin. 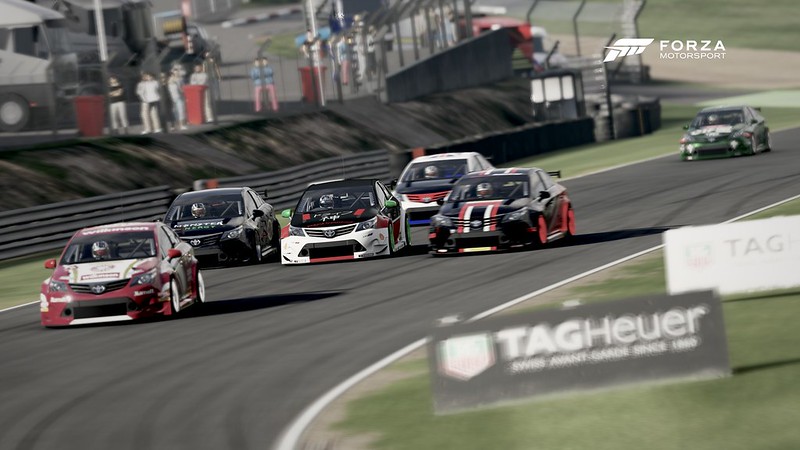 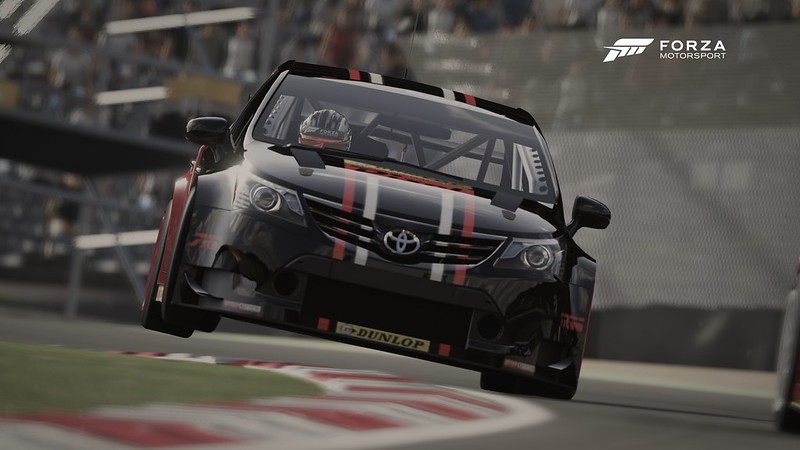 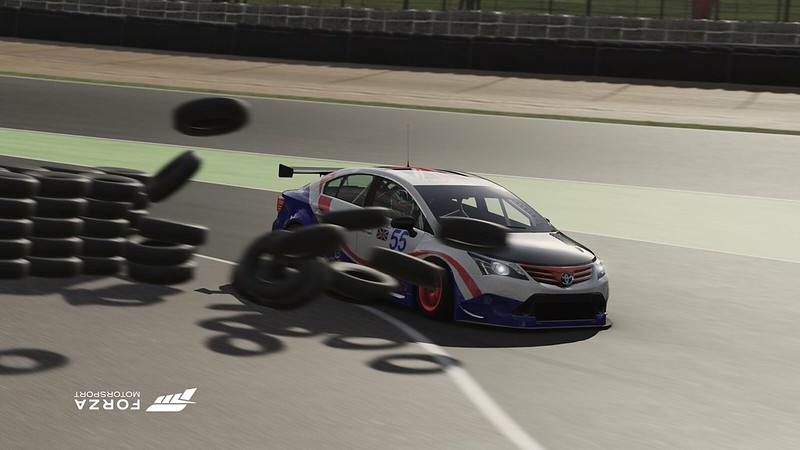 conlin one showing how not to enter the pits 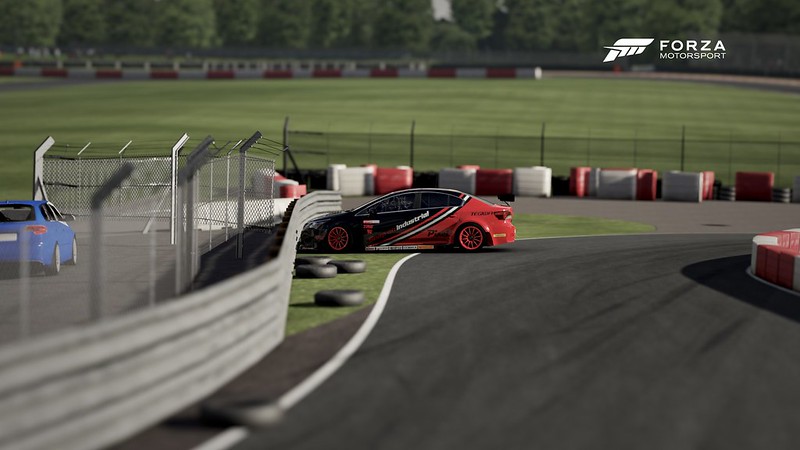 cobragt04 really showing how not to enter the pits! 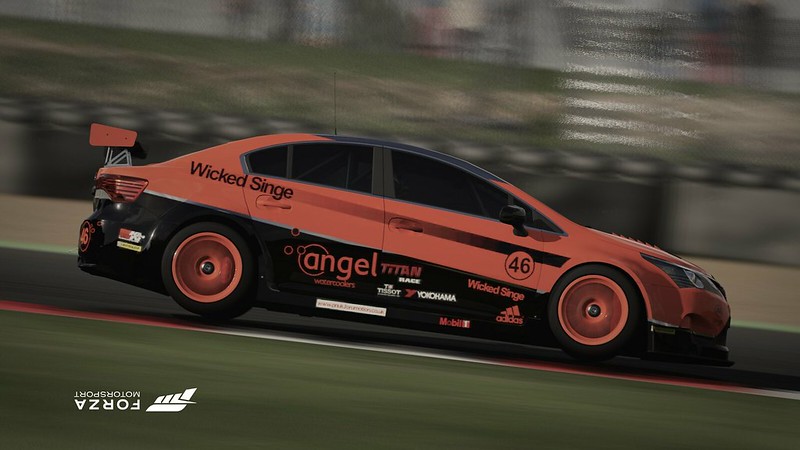 eventaul race two winner wicked singe eased away from everyone towards the latter stages of the race, this bit of air through paddocks being his only “moment”.

love the write up and the pics!! this looks fun