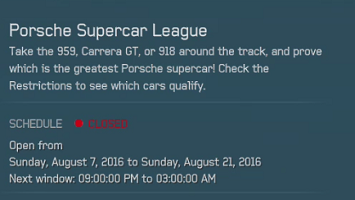 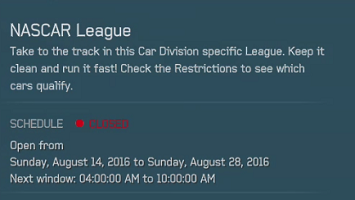 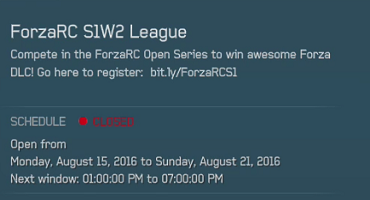 The Forza Racing Championship (ForzaRC) league is the second of three weekly leagues. All participants who race in this league will receive an exclusive bonus car - the Ford Falcon XY GTHO Phase III (with custom ForzaRC livery) - after the league closes. No registration is required to receive the bonus car, but registration and sign in at play.eslgaming.com/forza/xbox is required in order to win the other prize for this week’s league: the FM6 Porsche Expansion DLC for players in the top 50% of their division leaderboard. See the How To guide in the Forza Racing Championship forum for registering an ESL account.

There appear to be no other regular leagues going on while Turn 10 focuses on Forza Racing Championship through the end of August.