My Horizon Life and Influence Bug

So I’ve been trying to get enough influence to get to the “my horizon life” racing online adventure tier to 3 to get ranked for online play in this game so I can get the Ford Capri FE. There is a problem though even after I won an entire S2 tournament in my RWD Mosler online I get disconnected or simply magically booted from the reward screen before I get any credits or influence rewards whatsoever. I do every race and simply get dumped into free roam with absolutely nothing. Currently it seems impossible to me to get enough influence to even get to play the ranked mode. This has been going on for a few hours. No matter what event/mode I try I get booted right before the rewards, doesn’t matter if its A class offroad or S2 in dirt. I’ve hard reset my Xbox and that even has failed to do anything to fix it and my connection is running perfectly.

Also I just had a match with some sort or modder/hacker who had a Series III Land Rover so fast it disappeared from the start line to the finish on Glen Rannoch Hillside Sprint in 4.657 seconds. 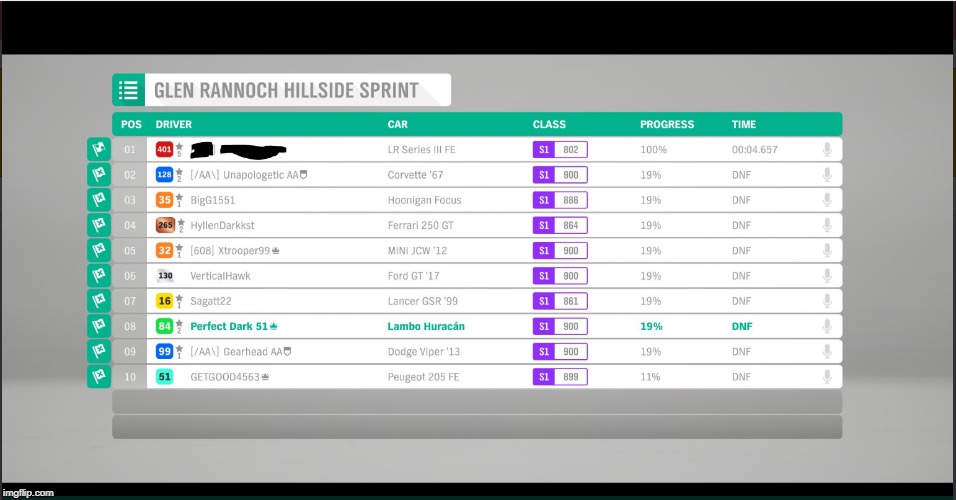