I’ve NEVER seen another player during an Arcade match - but do see that they must be there as the group score is going up.
I’ve had Eleminator challenges many times when there’s no other car visible - not on the map, not in vison.
I’ve lost Eliminator head-to-heads against invisible players, even though I’ve reached the destination.
Freeroam is unusable as the car is constnatly being brought to an instant halt as soon as there’s a reconnection.
The disconnection issues are constant (still, Nov 9th).

Same happened to me this morning - 40 something cars but I couldn’t find any. When the circle was smallest, i was the only one but it said there were 19 left. I just had to leave the arena as it was stuck and won’t start final race with that many people left. This issue plus the ‘finish line won’t activate’ issues are pretty frustrating.

And you just reminded me I also had the ‘invisible car beat me’ issue yesterday and I couldn’t figure out what was happening.

the game is not unplayable!

Same here, eliminator is pointless because you can not see anyone and you get “beaten” and “challenged” by invisible cars. Really annoying…was hoping we’d get a day one patch today now the game is out but no, the “Known issues” list continues to gorge and grow like a forever hungering monster. 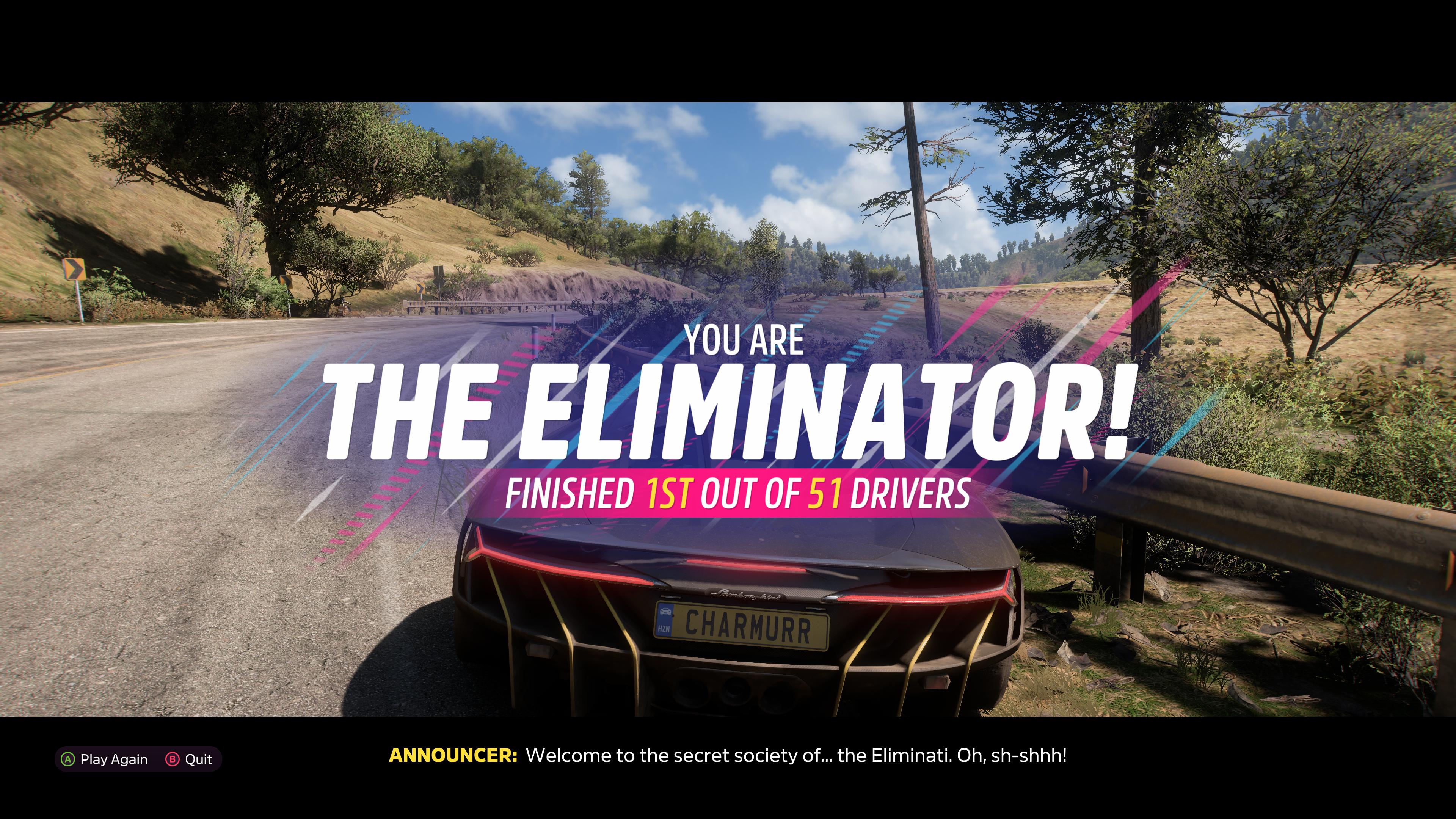 And PC players are still glitching their way to the final spot. I’m not gonna play this mode for very long if they don’t address this travesty!

And PC players are still glitching their way to the final spot. I’m not gonna play this mode for very long if they don’t address this travesty!

Ye worst thing is there are so many multiplayer pts we need for the festival and they’re horrendous to achieve. The game is fully broken, it’s like a Beta version. Feel sad as I think this game has let the franchise down! Nearly 1 month since its release (early release at that) and barely any proper fixes.

As well as invisible people, in every match I’ve tried to challenge people but it just won’t start a race with them. I’ve actually been eliminated because I’ve tried to challenge a VW to stop them from getting a car drop, the challenge doesn’t work and they then get the car drop which turns out to be a high level car, they turn around and challenge me without any issues and easily win the race.

There are also a few race destinations which don’t register when they are reached, so both players just have to sit there and wait to be eliminated by the timeout. There’s one in particular in the rocky desert area which is always broken. It’s frustrating being eliminated while driving a level 10 car against a VW not because I lost the race, but because the race can’t actually be finished. It really takes away any motive to keep playing Eliminator.

I had a PGG where all but for the last game I was on the other side of the map, so 2 games I couldn’t have my crown taken or be infected.

I just googled “forza horizon 5 can’t see cars in eliminator” and it brought me to this page.

Glad I’m not alone, but it’s annoying that it’s not being fixed. I had no idea what was going on as the cars I kept going after for the 3-car seasonal challenge kept disappearing moments before I got there. Then I got challenged out of nowhere, no one on the map, wasn’t prepared for a challenge because I was trying for the seasonal and saw no one … alright, not the end of the world, but it naturally puts those of us who can’t see other players at a disadvantage, and really puts a damper on our ability to get seasonal rewards in this case.

Same, I’ve done 5 now and not one has functioned properly.