I’ve been a long standing Forza Motorsport fan since FM3 but I have had nothing but issues with FM7 when I load the game up I don’t get any messages and when I go into rivals every single one of them says 0 events available, As you can imagine this is really annoying and ruining my enjoyment of FM7. I thought deleting the saved game of my console then resyncing it would fix it but unfortunately it hasn’t worked can anyone please help thanks in advance for any help

Was about to say the same thing but… And fingers crossed, I think this has now been fixed. All events showing in Rivals and times coming up in class events too…

Edit. Just completed a rivals event and bang, back to square one. Looks like an intermittent problem.

Was about to say the same thing but… And fingers crossed, I think this has now been fixed. All events showing in Rivals and times coming up in class events too…

Edit. Just completed a rivals event and bang, back to square one. Looks like an intermittent problem.

I’ve had them unavailable upon entering the game, then after a few minutes they are there, so I’ll run one and when I’m done running it, my time will be recorded, but no more rivals and all events had disappeared.

Usually if they aren’t there, I’ll enter leagues and exit leagues and then they are there, idk if coincidence or if it forces communication with servers.

Not sure which thread to post this to,but similair issue with the message centre.No messages,so no rewards or notification of auction house activity or info about the new rival recommendations.Go to my auctions and my car is sold and was able to collect my credits,but again no messages whasoever.All other online stuff is fine,i am on xbox one by the way.
Cheers

If this is in the wrong thread please feel free to move it,i think i should have posted it in the Not connecting to message centre and certain online/server content at start up, thread.Sorry for the mix up.

Yea i’ve had this issue all weekend too

I can also confirm that messages are not working, been like that since Saturday; rivals are working though it does take some time to load after booting up the game

I have had to same problems with rivals, also I can’t connect to multiplayer

I have exactly the same issue.

No message available. You can check below 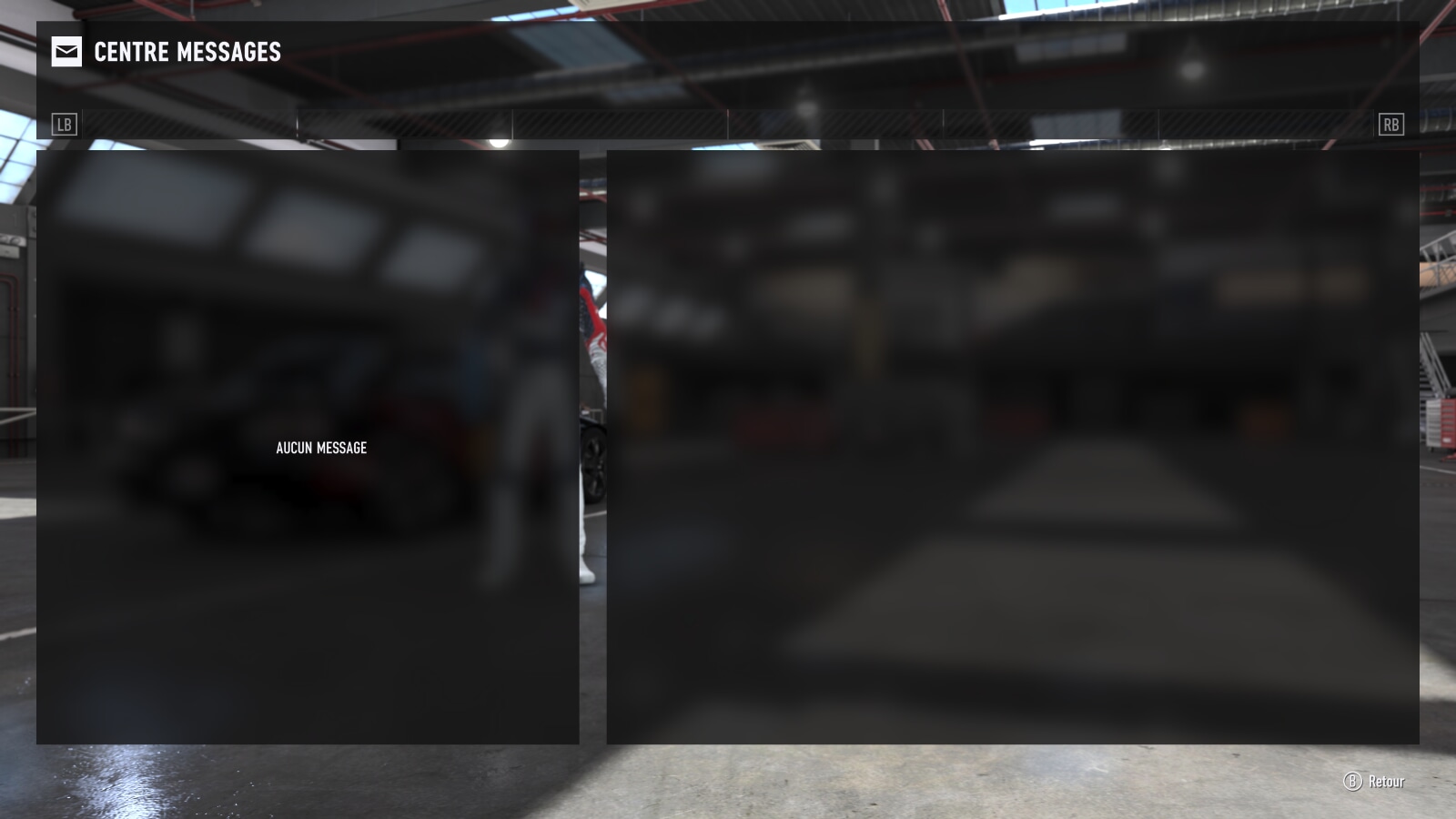 As I play also on PC, I checked and could see every message and Rewards but rewards were only 50k credits instead of 225k.

I checked today and the issue still occurs on Xbox

On a side note,my rewards came through for F6 and FH3 but nothing again for F7.Its bank holiday here in the uk,dont know if its holiday anywhere else,so maybe its looked at later on in the week?

I noticed this Friday night. Haven’t had any messages all weekend, except for the gifted credits that come in from the weekly rewards.

I’ve been unable to get any messages for the last 4 days now. Getting frustrated.

Yes, this is the issue posted in

For me it’s the same issue. Since July-Update the message center is usually empty. I now haven’t received messages and rewards for three weeks. I tried on both of my Xboxes and on PC. Reward center remains empty. Everything else works, I can play Multiplayer races but the message center doesn’t connect.

The most annoying thing about it is: Turn10 doesn’t care - the above threads are constantly ignored by Turn10.

PC Windows 10. Rivals, Forzathon, Leagues, Multiplayer, Auction House are all sporadically working and not working. Which sucks balls when a game has time limited events. I think I won’t be touching Horizon 4. Horizon 3 had problems but 7 takes the cake. Consistent hard crashes to desktop and network problems.

Haven’t been getting my messages for a while now, just wanted to add my note.