Listing the Forza car roster from FM1 to FM6

I’ve been wanting to answer he question, “How many different cars have appeared in Forza games over the years?” It turns out that the answer is more of a judgement call than the result of simple math.

By “car” I’m of thinking of any vehicle that players have been able to own, so trucks and SUVs are counted. I’m excluding traffic cars, scenery vehicles, and special vehicles such as the Warthog, which was a ForzaVista model but not available to own.

The more difficult definition is “different.” If posed the question “How many IndyCars are in FM5?” you could give three answers due to their identical physical specs: 4 total if you go by garage count, 2 if you go by manufacturer, or 1 if you go by chassis (Dallara). Some other race cars use the same type chassis but different power and weight specs over multiple years. Some production cars show different specs from game to game as well: surely the Bugatti EB110 counts as 1 car, even though its weight in lbs. varies from game to game. Is the Porsche 930 3.3 the same car for 1982 and 1987? Dozens of cars could be counted or discounted due to variances, even if I had full access to the power and weight specs of each car (I used YouTube videos for limited FM1 and FM2 info.)

I’ve posted snapshot spreadsheet images which show where I’ve counted a car as the same vs different, with a column marking where each car has appeared in each game. For production cars I took a narrower approach and for race cars I was more interested in counting the basic chassis. I started by separating the production cars from the race cars, and excluded identical cars which differ only by livery. I’m including upgraded models of the base cars we have in the game, like MINE’S and Tom’s editions, and Limited Edition edition models.

After merging cars and deducting 21 extra livery cars, I arrive at the following:
838 different production cars, of which 60 are upgraded versions of existing models; plus
105 race cars, if going by manufacturer/generation (ex. 2 Indycars).
“Just under 900 cars” in total is my answer.

379 production models have appeared on the Xbox One versions of Forza, plus about 30 race cars and some upgraded models like the Fast & Furious edition cars. 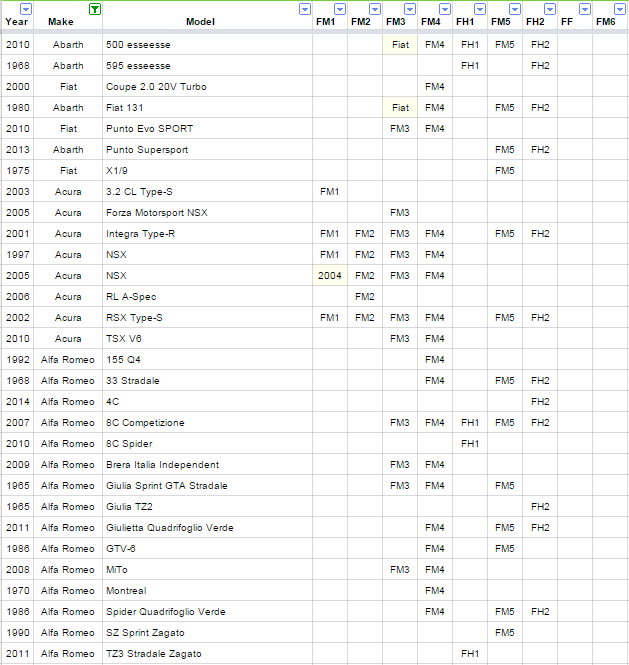 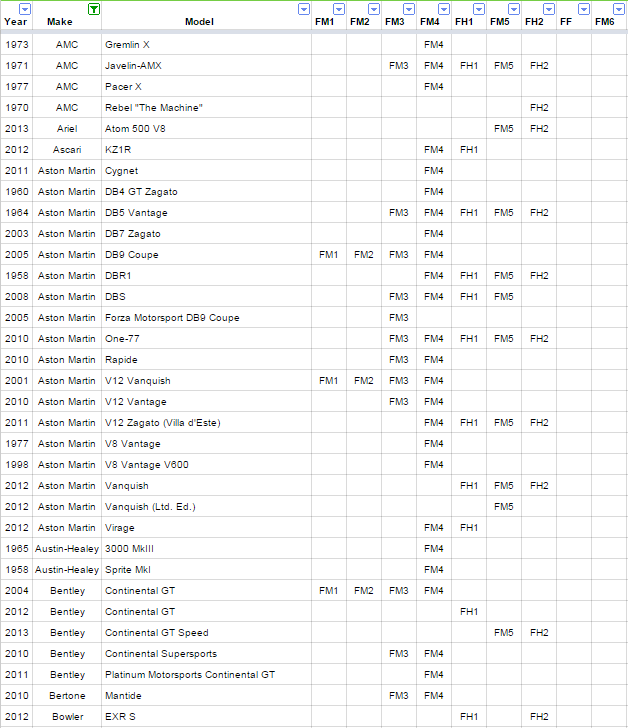 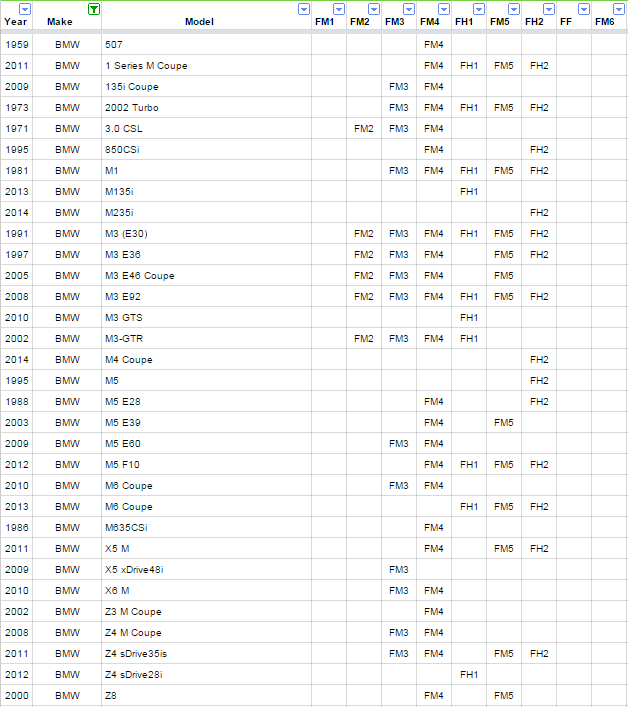 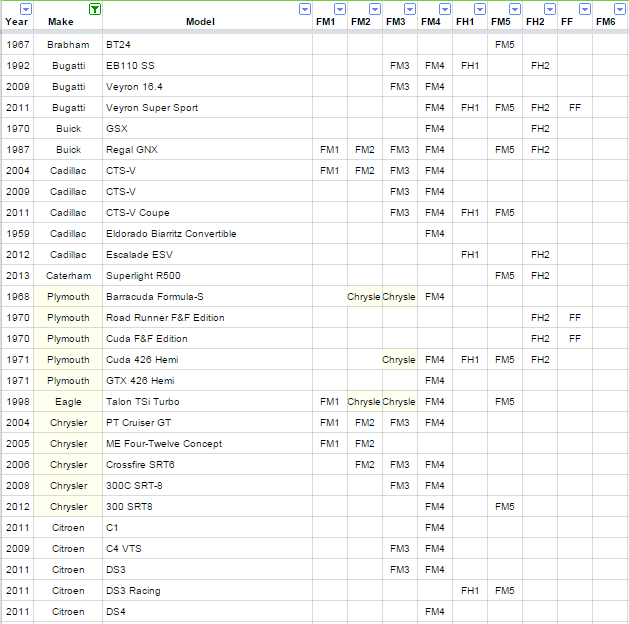 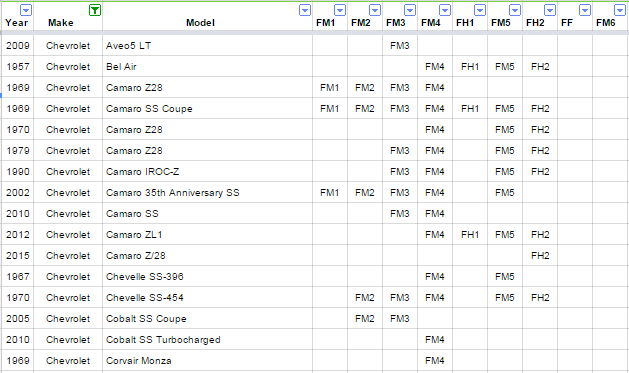 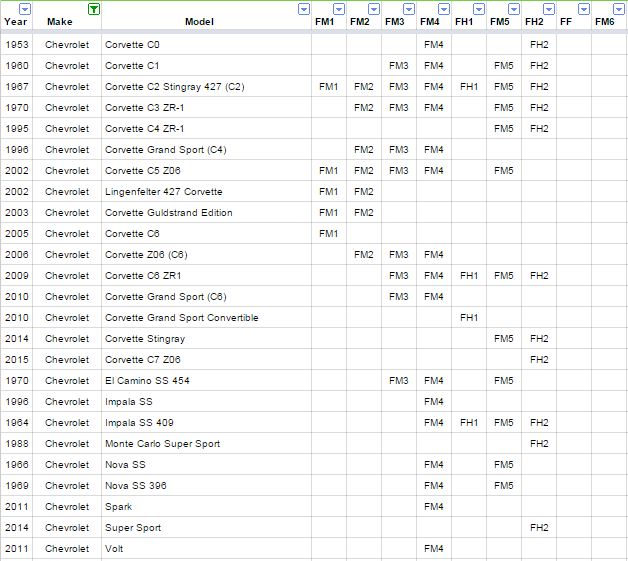 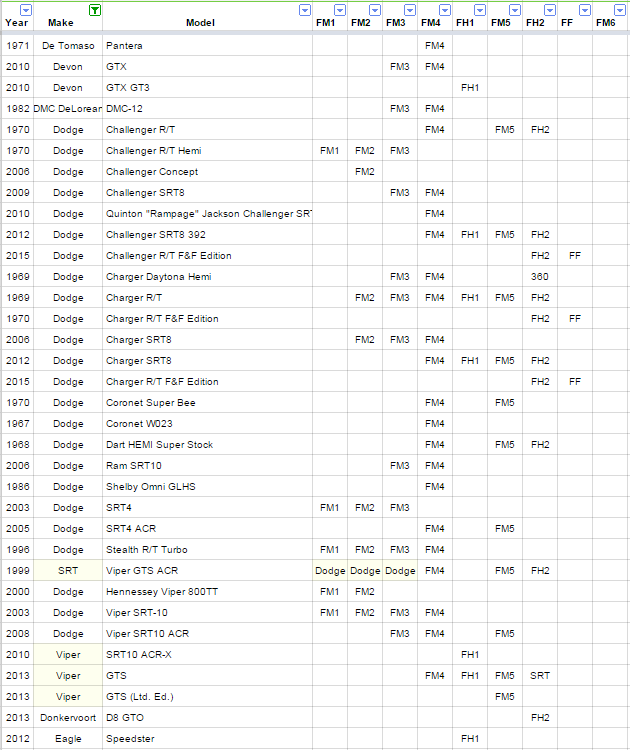 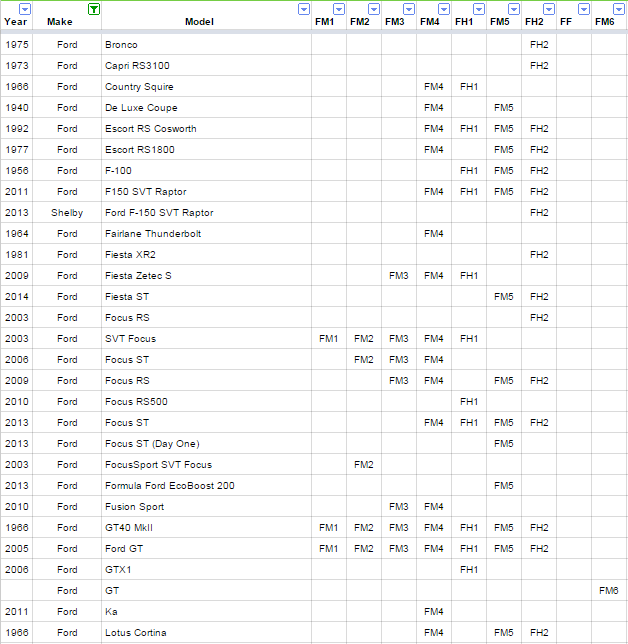 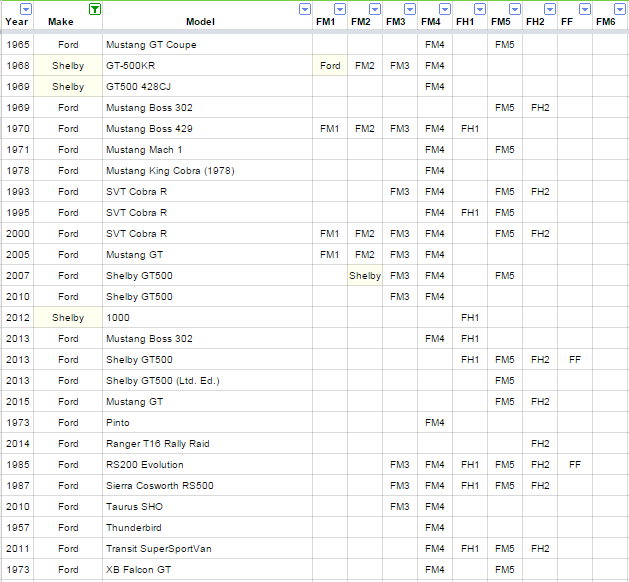 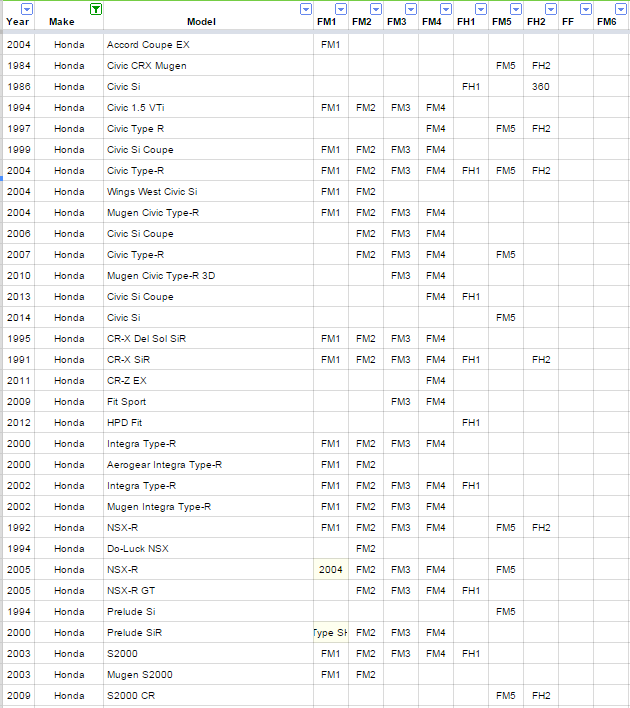 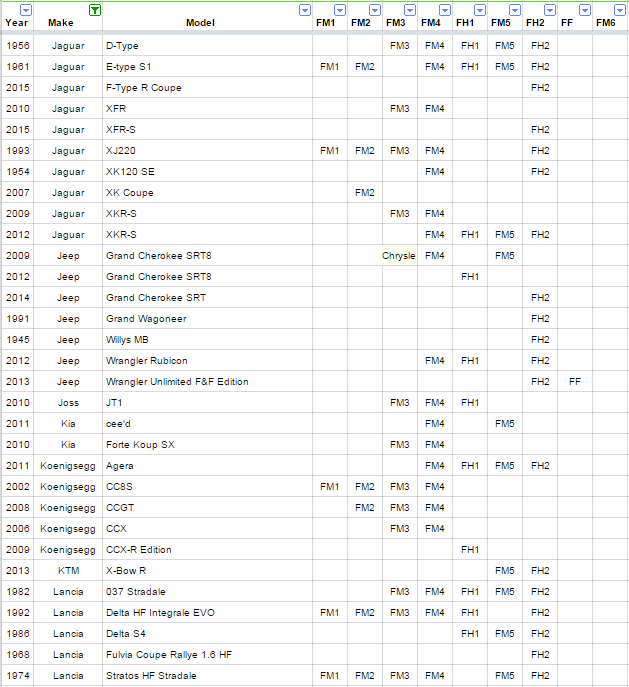 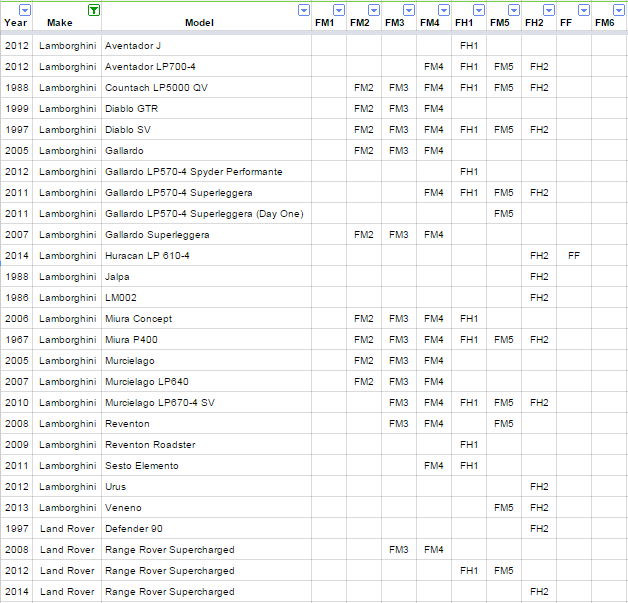 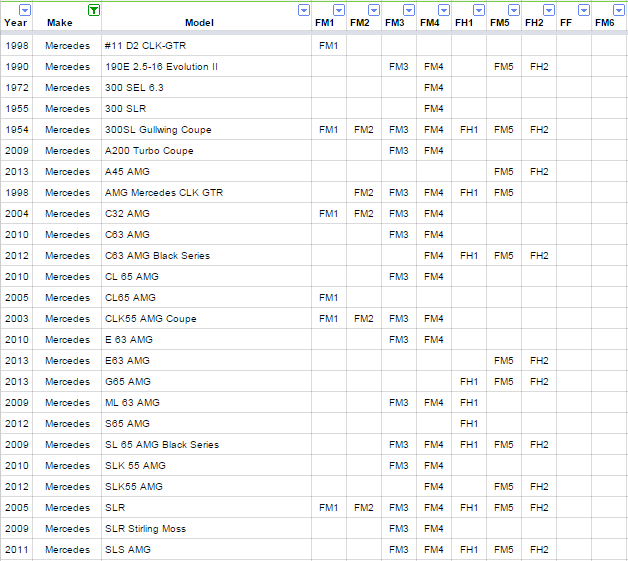 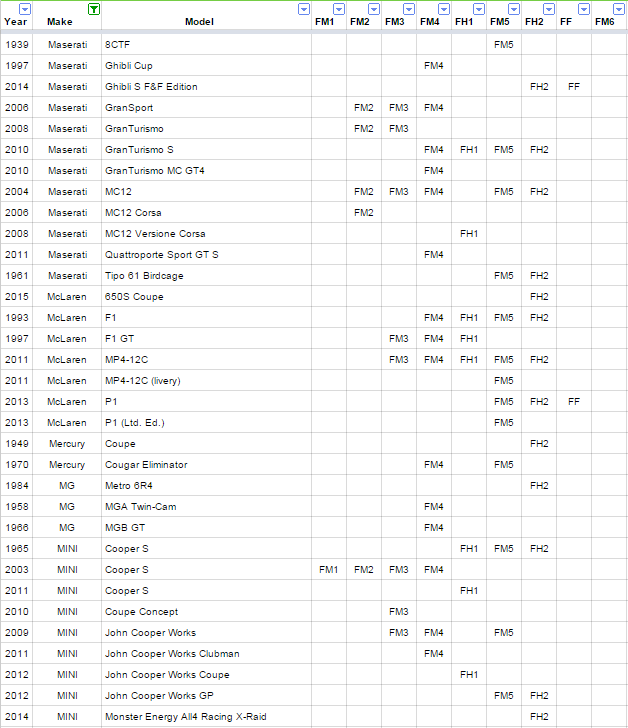 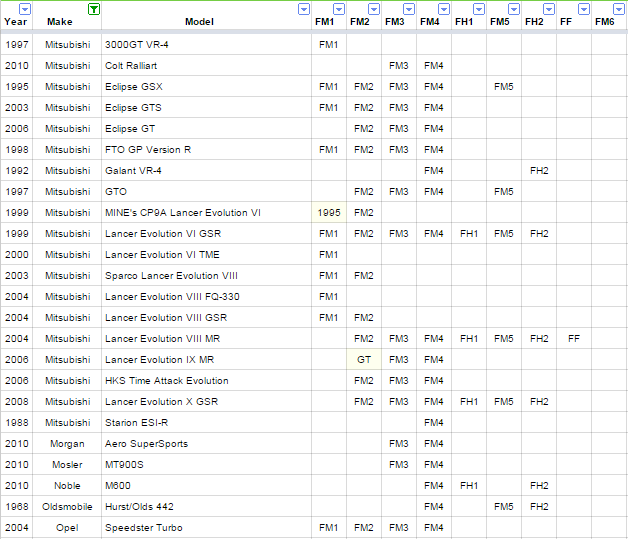