I don’t know how old Playground games and/or Microsoft think most of their playerbase is, but I’m fairly sure most of us can’t stand that Fortnite nonsense they keep shoving down our throats.
At least give us a way to choose emotes and outfits that can appear on our end.

I’m not the only one who feels this way, hell, even among the people who will inevitably leap to the game’s defense, all they will have to say is stuff like “deal with it’, ‘it’s not that bad’, 'you gotta take the bad with the good”, and nobody’s gonna say “I actually like that it that way”.

Here’s a 260 comments reddit thread in which almost everybody says they either avoid your game because of it, or they play it DESPITE that stuff.

r/pcgaming - Does Forza Horizons 5 have a less obnoxious vibe?

If nobody wants it, why does PG keep forcing that stuff on us?

ikr? i play the game to race cars, not to play dress up in a wannabe Sims game.

I totally agree with both of you. I absolutely hate the Dolly Dressup part of the game, and since we are forced to choose some outfit, it is usually The Stig, or something close, but I still hate it.

I also am bothered by the fact that many of the dances/prances seem to be bullying (in your face). I totally hate that as well. Again, since we must chose, I pick the ‘just standing around’ one.

And yes, these two things are very nearly enough to keep me from playing the game.

I’ve said the same thing since they started this junk. I don’t want to play dress up Barbie. I could not care less about emotes and clothing and horns and junk like that. To me, getting that garbage on a wheel spin is infuriating.

I’m here to race with friends not dress up a dancing character!!

I do not care what other people think about my character. Now go have some fun. 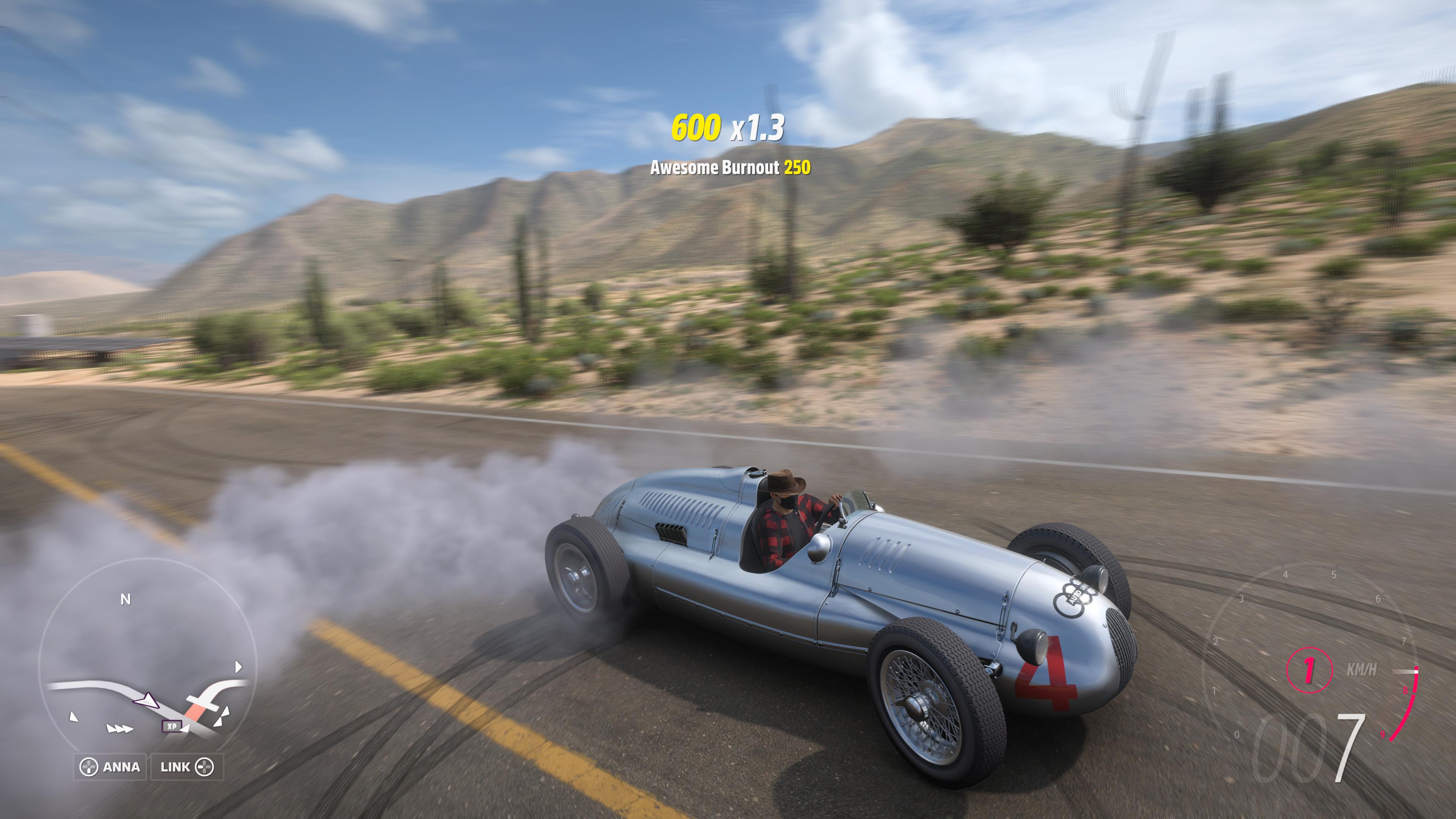 I’d say there are a couple of things to take into consideration here. Firstly, you can guarantee that any AAA game developer has a huge amount of actual statistics and metrics about what parts of the game the playerbase engages with, and they aren’t going to prioitise things that nobody wants. Secondly, the players that use these forums or Reddit are likely to be strongly skewed to a certain demographic (probably older players, probably take the car culture and competitive aspects of the game very seriously). Everyone on these forums could agree about something, and still be massively unrepresentive of the overall community, and also a tiny minority. I make no comment on whether I agree with your views or not - but accepting these facts might make it at least slightly easier to understand why the game is like it is. I’d say it’s a safe bet that the management of PG and T10 could literally sleep on a mound of gold that would make Smaug jealous, and they haven’t got there by not targetting the majority of their players. Being on the minority side of that sort of equation sucks, but that’s market forces for you.

To be honest, this IS the biggest problem I have with Horizon 5.

Most everything is working fine for me, and what few things aren’t are bugs that can be fixed with a patch. The things we are complaining about are permanent and YES do very much ruin my gaming experience. I am happy for you that these things don’t bother you.

To be honest, this IS the biggest problem I have with Horizon 5.

Most everything is working fine for me, and what few things aren’t are bugs that can be fixed with a patch. The things we are complaining about are permanent and YES do very much ruin my gaming experience. I am happy for you that these things don’t bother you.

It’s funny how you say that clothing ruins your gaming experience…because clothing is not racing.
Then you don’t care how many other game breaking problems are about RACING itself :'D
Dunno…broken AI, unranked matchmaking which means online troll chance 90%…just saying, that’s what bothers me, because I like racing and I don’t give a damn how people decide to look :'D

But yep the core issue is the same, unfortunately dress-up kids are the ones in the majority, and this game/company cares about making money, therefore they shifted everything towards them.
Casual gameplay without commitment (no ranked, just play and win no matter what), clothing so you spend time looking cool and forget that the racing part sucks, lots of insults/teabagging emotes.

Welcome to the inclusivity my friend :'D

I just stick with the default outfit and emote, and call it good.

Well now that this thread is around they will add more clothing, and do the opposite.

There’s NOTHING more satisfying after completing a 10-15 minute race than winning a funny car horn for your troubles.

Seriously this game beed an “adult mode” toggle.Without the stupid dances,outfits,emotes,characters and anything similar.While you’re at it we don’t need the politics too.Masks,genders,prosthetics,inclusivity and all that.Also the “rock” radio is pathetic.We need some metal in there urgently.

I really don’t see the issue.

The game is balanced with a specific credits and vehicle pay ratio.
Currently seems to be about 40% cars 40% Credits 20% Junk on the Supers based on over 300, haven’t really counted on the normal wheelspins.
Yes I farmed a lot of Jeeps to fill up my garage early on and now I am happy with lots of cars to tune and a float.

If they took all of the junk out of the game, they would reduce the credit and car drops to the the same rate of progression so likely more credit drops of lower value.
When you look at the stats; the pay rate is pretty consistant if you average 20+ spins.
So you can just ignore all the junk and not let it bother you in the slightest. You are really no worse off other the time you spend watching the wheel spin around (when it has already chosed the rewards).
If player had any influence the payouts wouldn’t be so consistent when averaged, it was the same in FH4.

My charachter in FH4 still proudly wears all the defaults after 3 years, and my FH5 character will too… not really feeling FH5 so far and online is a bad Joke.
Best protest… don’t touch the junk… but while every avatar I see is dressed up… they we keep putting it in the game.

A PS5 is calling… fingers crossed for a restock.

I guess I’m in the minority here on the forums, but I would just like to say, that I LOVE the clothing and character customization stuff, Just like in, TEST DRIVE Unlimited.

I LOVE the amount of customization the game provides. If anything, I wish they would release more clothing items post launch.

I get that the Majority of guys don’t like the Dress UP part of the game, & you don’t have to utilize any of it.

But for people like me, who ARE into FASHION, we LOVE this part of the game. (this is why I like GTA online as well)

They put this feature in the last game and a slimed down version of it in FM7, they have the figures of the people that have used it and for them to include it again would suggest that despite your feelings people do like it. It doesnt effect the core gameplay so why if you dont care about it, are you caring about it, leave it to the folk that like it and you do you.

They put this feature in the last game and a slimed down version of it in FM7, they have the figures of the people that have used it and for them to include it again would suggest that despite your feelings people do like it. It doesnt effect the core gameplay so why if you dont care about it, are you caring about it, leave it to the folk that like it and you do you.

Well, since it is built in and thus mandatory, I am sure they do have the figures to support that it is being used. I really hate the emote worse than the clothing, but still… I am sure there are those who like this stuff, not arguing that, just repeating that there are a number of long time players who feel this is a major distraction to the otherwise outstanding experience when playing the game. For me, it is nearly enough to find another game to play, despite how much I love 98% of the game. It does bother me that much.

And, yes, since we do have to see the other racers at the end of the race doing their dances and wearing the clothes, and since this stuff is part of the wheel spins as well as the Forzathon shop I will contend that it does affect the overall game play. The inclusion of this stuff really makes me not want to play the game nearly as much as I have in the past (which is a huge amount of time), Perhaps if PG could make these end of race scenes optional (ie, allow us to disable them), that could be a good solution.

I also think you are slightly missing the point. I don’t care FOR it, I do care about it. There is a difference.

Anyway, thanks for reading and responding to our concerns.

Must be that Leg Riding move they use.