Leaderboards not working right in lobby's?

Just had a race in a B-class hopper lobby. There were like 10-12 guys in the race, after the race ended i checked the leaderboard only to find 3 entry’s (im the only B class car on there)

Thought okay, i finished first,it might need time to update. So backed out to check the Leaderboards from Free Play. but still the only 3 drivers on this leaderboard. Track is Sebring Club @ Night. Im just wondering if everybody else see’s them selfes and no others or whats going on here?

The leaderboards were wiped just over a week ago.

Valid point, but there was a few mucle cars in the race… im sure they homologate as mid-high C-class.

And im aware of the wipe, but still only three people on that track across all classes in a week? cant be right.

A lot of people are running the rivals leaderboards at the moment, which are a completely separate set of boards. So could be right.

Naah its a thing mate…

Just happend again on Mugello Club and Watkins Full ALT…im in a lobby with all the B class regulars. and didnt see them anywhere on these to boards.

To see if it really is an issue, snapshot the race results screen, showing everyone’s lap times. Upload on here. Do the same with the Leaderboard in freeplay for that track.

Should be easy enough to figure out one way or the other. 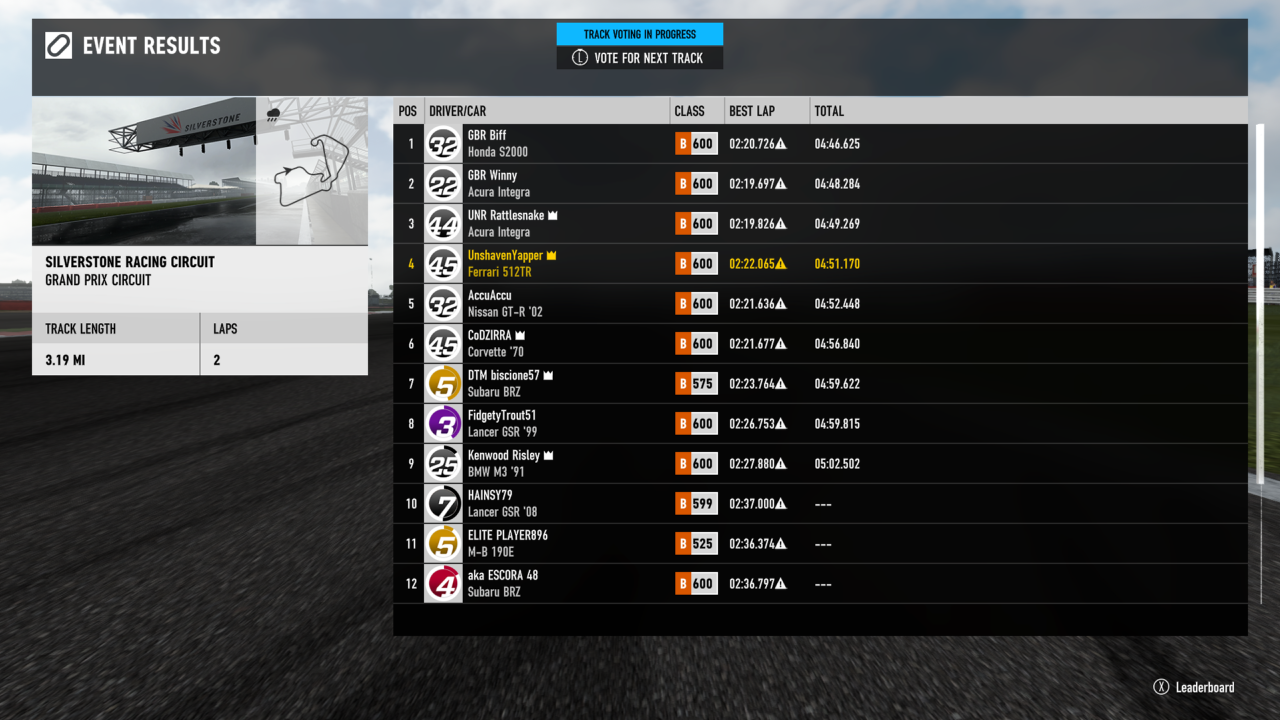 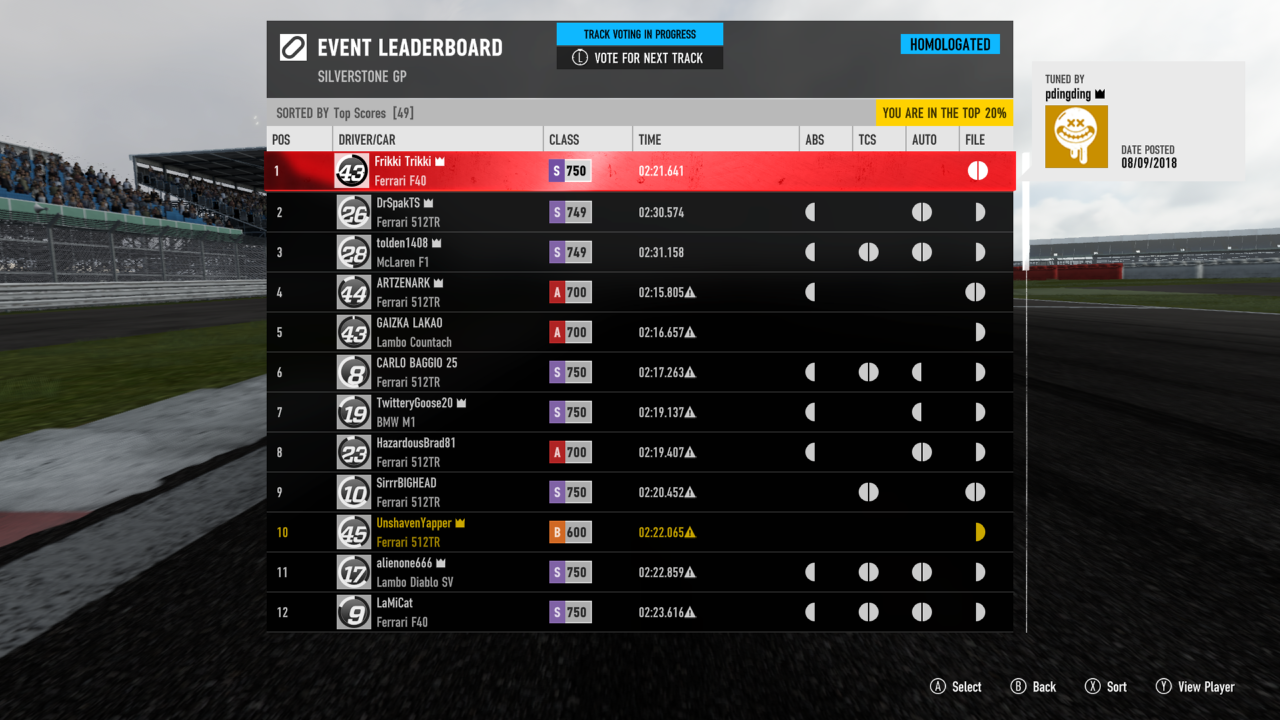 I see what it is. Look at the top right corner of your Leaderboards in the pictures - you’re only seeing the homologated board. There are in fact quite a few racers on the non-homologated LB for that track.

The 512 tops out in S Class in it’s homologated class, which is why you’re seeing a number of classes up to and including S (but no higher). Also explains why 6 of the top 10 times are set with that car.

Whatever way you’ve built your B class car, looks like you’ve not exceeded homologation requirements for it’s class, so you get the Homologated only board.

ohh your completly right, i feel like a fool now…didnt even think to check myself.

But thanks anyways ““Thumps up””