Leaderboard times has been compromised by hackers 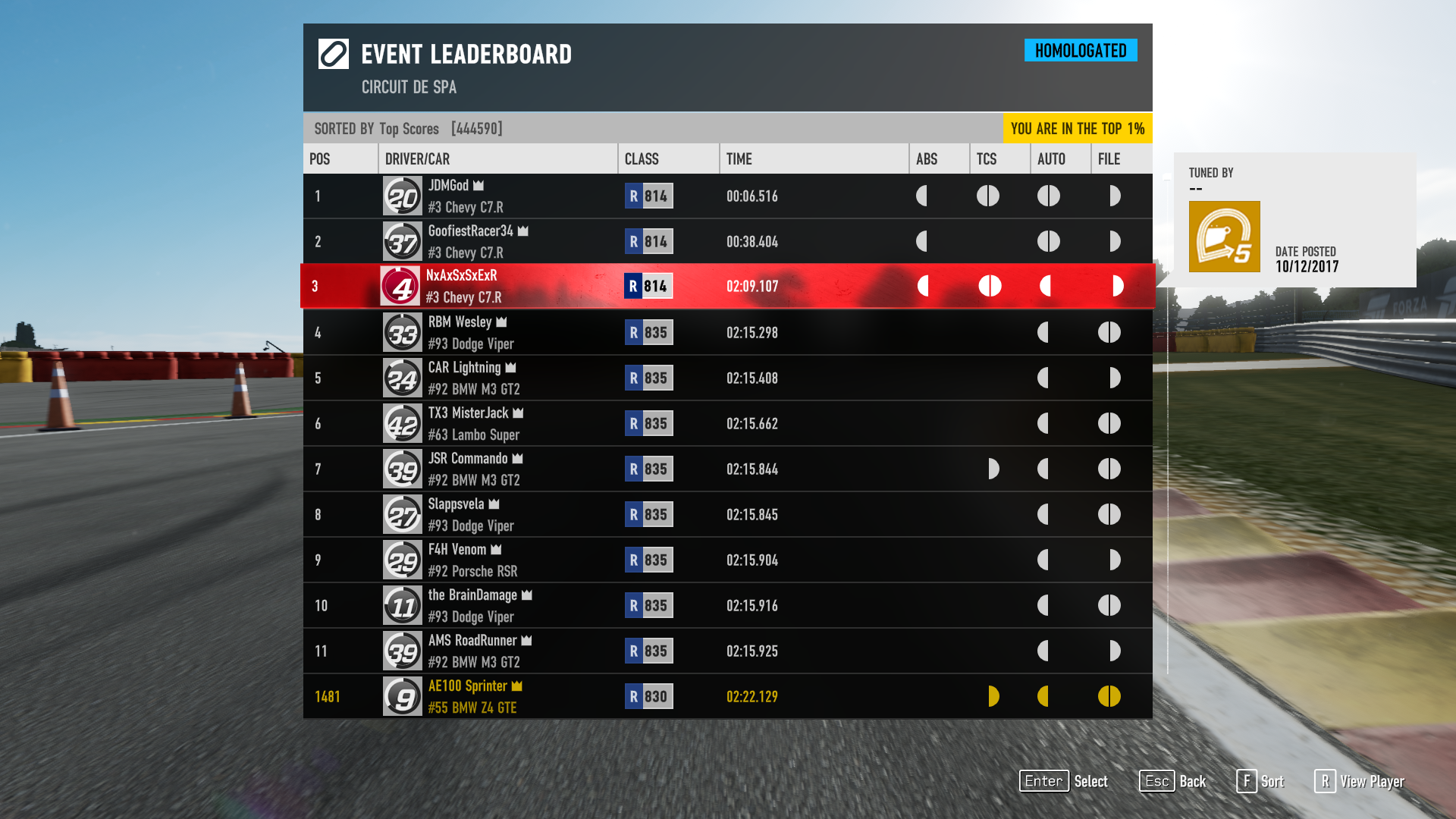 Turn10 please have a look, remove the times and ban these gamertags

Try it in the #3 Chevy C7A, ABS on, and take off the custom livery. It’s probably the paint file that’s doing it…

It’s a glitch, not a hack. Chances are the players either have no idea they are at the top or don’t know how they got up there.

Basically it’s a connection issue. For whatever reason the game only saved part of their lap time.

This used to be a relatively rare occurrence but seems that in FM7 it is happening more frequently than FM6.

I’ll pass this along to be taken care of.

FH3 had it too. I’m pretty sure that it is a glitch, but don’t know if there is a way to cause that glitch

seen things now that show certain times are hacked. somehow guy can reach 1819 mph or kph. That is impossible without hacking. Also it is the same person who has done this on several oval rivals. Even so that his fastest laps can be discussed about if he used another hack to keep clean lasp as on at least 2 of 3 he goes so far inside that it is questionable if it should still be clean lap.