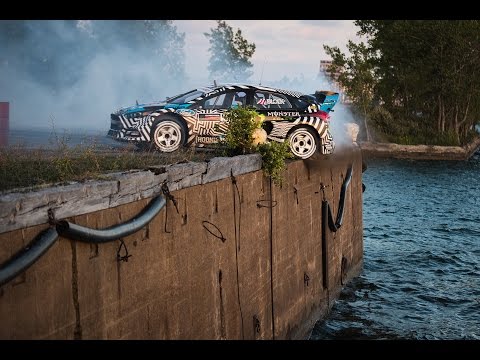 Ken Block in gymkhana 9 promoting Horizon 3?! Pretty sweet check it out, If you haven’t seen already!

So do you think theres a good chance we will get the car in the game. I’m guessing pretty high on that we are.

I thought they would just be sponsoring it, but this has FH3 written all over it. They put in the train AND the helicopter.

They were originally going to film it in Australia as a promotional tie-in for the game, but the police refused to give them the permits.

Tomorrow the world will bear witness to Gymkhana Nine, Ken Block’s latest video extravaganza of tire smoke and high-speed hatchback tomfoolery, much of it set against the lush and exotic backdrop of Buffalo, New York. But there was a location even...

Someone posted a picture on some other forum that showed a reflection of his car on another car, so it looks like it will be available. I’m even more confident in that knowing BJ Baldwin’s truck is included