This just popped on my Facebook feed from the german Xbox Page. 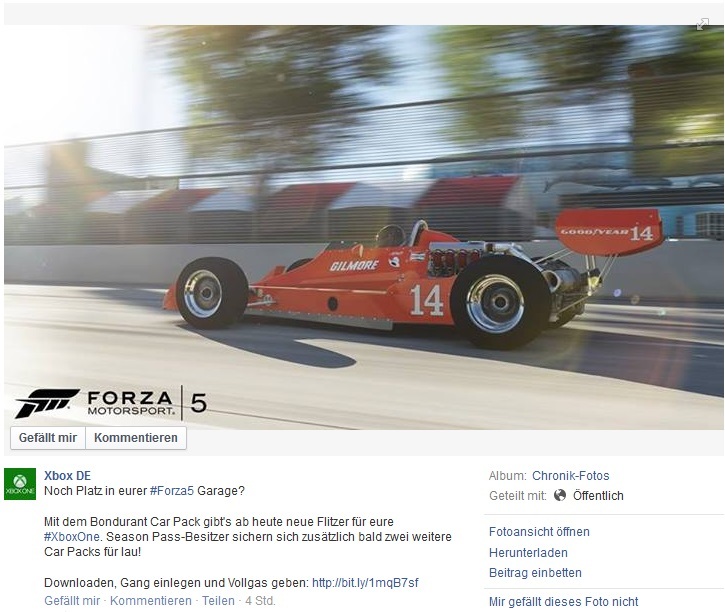 The picture is one of the cars, I guess?

Apparently the June Car Pack is titled “Bondurant Car Pack”, they mixed up the release date though and said it is out today which is obviously not the case.

€dit: Just saw that this was discussed in another thread, so close it up if necessary.

The Ford indy car, is from a previous car pack.