I haven’t seen a post on this here, and I try to frequent the forums a couple times a week atleast. nevertheless, feel free to correct me if I have missed it.

The past few weeks when I join a hopper with friends we will be waiting for a race to start and it shows someone “choosing car”. When there’s about 10 seconds left I usually say “hey man, you going to pick a car?” To which he replies; “yeah, I’ll just take this.” Or “I did”…

Thats when I know the inevitable is going to happen.

The race starts, it tells me “(insert friends GT) has quit”, although he hasn’t quit he’s still in the game, I just can’t see him on the track. Obviously I wreck him, because I have no idea where he is, but he sees me and says “yeah you just wrecked me”. There’s no physics reaction towards my car, my game doesn’t recognize he’s in the lobby…

That’s a fundamental flaw… Needs to fixed. Anyone else experience this? I’ve had it happen a few nights in a row.

Yep. Absolutely destroyed Element one night because of this. Not sure if it is something to do with people in parties or if this happens with randoms.

Yep. Absolutely destroyed Element one night because of this. Not sure if it is something to do with people in parties or if this happens with randoms.

I don’t understand why parties would make it an issue, but it does seem to be that way. Although, I wouldn’t know any other way, since I’m usually in a party.

Atleast I don’t have a faulty game. Errr…

I’ve had this happen a couple times. It’s crazy because you can still hear each other, but the GT display of who’s talking doesn’t come up.

lol, that made me think about FM1 Lag… 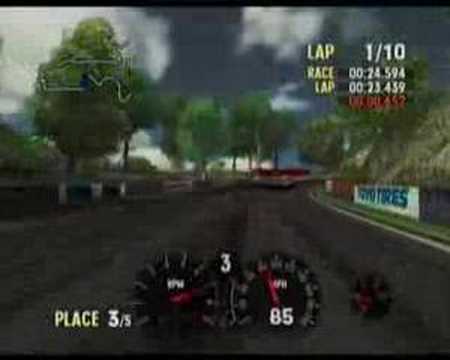 you have to remember xb1 came out well before live so people were useing bootleg networks. as a result some do it yourselfers got creative and were actually trying to play on dial up. and i think the minimum even official was only about 200 kbs or something like that.

I thought I was imagining something the other night in multiplayer.

I became convinced that there was an invisible car in the race. I got hit by apparently no one. As I spun out I looked to see who was in my rear view mirror and saw a red car - a Mazda 3 - . I saw this car ghosted out lurking on Bernese alps. Anyway at the end of the race I saw that no such car was running. Nor we’re any players unaccounted for. So what happened. It happened a couple more times the same evening.

Could it be some of you are in the Xbox LIVE software testing, and some not? There are some discrepancies in firmware on the Xbox One which doesn’t yet allow communications between “regular” and “beta” setups, in some cases even between users of different brand headsets. We should be seeing everyone on the same Xbox One firmware as soon as (a couple weeks yet) the official release.

It’s been happening since day one. The very first time I played multiplayer players were vanishing in our own private lobby. Some could see everyone, some couldn’t see one guy. It revolved around two people though that couldn’t be seen. It isn’t any beta testing.

This happened a couple of times in FM3 and a few in FM4.

But the people who made that game also make this :

I hold turn 10 to a bit of a higher standard.

The Entire Socks Out Racing Series. They have been setting up racing series’s since forza 2. Running spec AE86, IROC-Z, GT, Super GT, Grand Am, and many other series. Since the move to “Next Gen” they all moved on to PC racing sims.

The vanishing friend happened to me last night twice. Both times it was with a friend in a party so i dont know if thats the reason or if it is just a network issue with lag of some form. Either way it is annoying.