the digital version of forza 6 (any version) Do you get the 15,000 reward credits? Or do you have to preorder the physical ten anni edition? Might seem like a silly question but i can’t find anywhere that tells me yes or no.

I just read that back and need to explain better…

There’s a promo on microsofts store. You can get 10 dollars back in credits for your live account. But in the rewards it also says you get 15,000 credits. This can only be for 3 games. I already predordered Rare replay, and gonna do forza 6. Just curious if it will work with the digital?

I don’t see that promo on the us microsoftstore.com account, is it in another country?

You have to preorder from the Microsoft store, which doesnt have the digital version only the physical so no you wont get the credits

Pre-order the hottest games, get 15,000 Rewards Credits
Exclusive to Xbox Live Rewards members, you can pre-order your Xbox One or Xbox 360 games through Microsoftstore.com and earn 15,000 Rewards Credits for each pre-orderable game that ships by December 31, 2015. You’ll not only get an extra pre-order bonus as an Xbox Live Rewards member, you’ll also receive free shipping. Order now to guarantee free release day delivery!Φ

Important note: Make sure to use the email associated with your Xbox Live Rewards account when you place your order through Microsoftstore.com, as that will confirm delivery of your Rewards Credits once your pre-order ships. Xbox Live Rewards members qualifying for the Offer will not also qualify for the $10 Gift Card promoted on Microsoftstore.com.

ok so you don’t get them both but one or the other. so 10 dollars credit or 15,000 credits. Not sure which comes first. But i still don’t know if you can download the digital version. The link is to the physical. But if you download the digital wouldn’t that still count?

I’m in the U.S. I thought it was for everyone but maybe it’s not.

That’s just for physical, per the FAQ: “Any pre-ordered, hard-copy (disc) game from the Microsoft Store for Xbox One or Xbox 360 will qualify” The digital pre-order bonus is for racing game purchases in July: 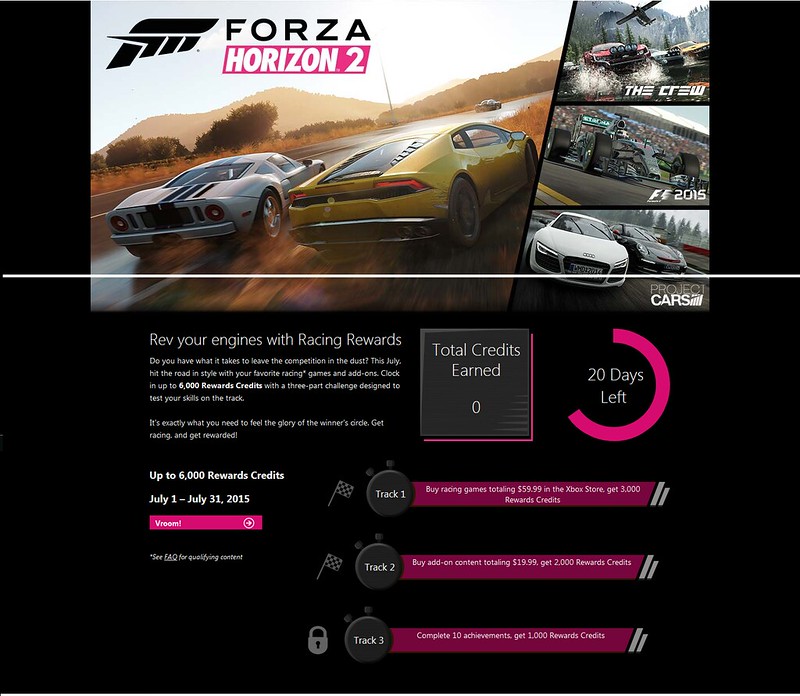 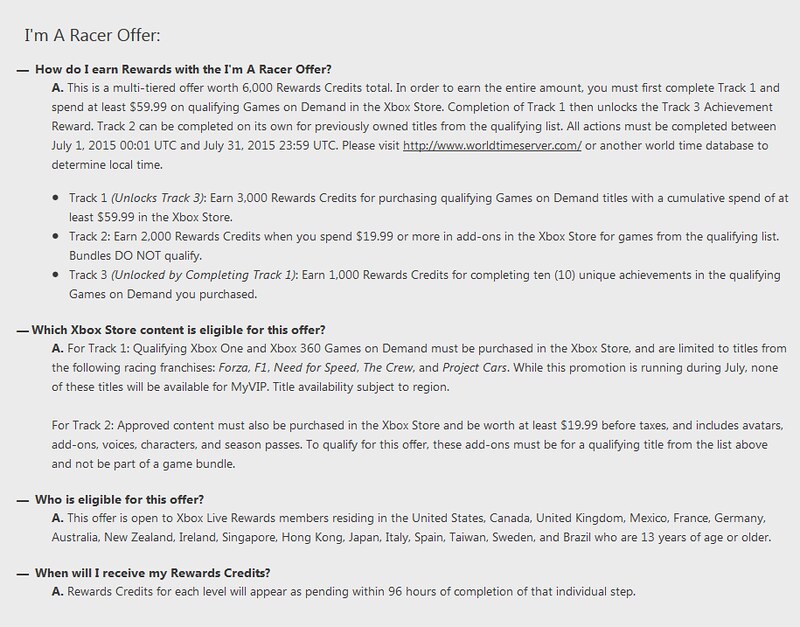 AH ok. Thanks guys. Now to think if i just want to get everything in digital or get the physical version and get the rest separate…