Okay, so I’ve noticed that the 1993 Nissan Skyline GT-R R32 is missing. This was confirmed long before launch. Am I missing something? Where is this car? Considering that it is my all time favorite car, and I own one in real life as a daily driver, I was sold on this game due to its inclusion of all the Skyline models that I like. Now it’s gone. On top of the DLC not working for anyone on PC, this is infuriating. The only game I pre ordered this year is turning out to be a sh** show.

well i just started my game and will check on my xbox if they are there, i have heard there are limited on pc for some reason but i will still check, btw i havent got my pre order dlc yet for my mercedes have you ?

Also haven’t got my Mercedes pre order car yet on xbox, got all my other dlc. Might come any time between now and Tuesday, same with the Warthog codes…fingers crossed anyway.

Could be a barn find, or also one of the cars you can win from defeating one of the street race “bosses” of sorts, was mentioned in the manual you could win cars that way.

It was my third barn find.

so i found out that the audi r8 v10 plus that is the pre order bonus also is the same car in tier 4 reward, uuh is it the same or do you get it with a special livery ?

so i found out that the audi r8 v10 plus that is the pre order bonus also is the same car in tier 4 reward, uuh is it the same or do you get it with a special livery ?

The preorder cars are special and unique in some way since they show up in Horizon Promo for example as 2016 AUDI R8 V10 PLUS PRE-ORDER CAR. But I haven’t seen any yet and my Mercedes is missing from the XBox Dash pre-order.

About those missing cars, there are 7 cars in total missing if you already take barn finds into account. 3 of them are in the 3 top tiers of the skill shop (Bently, Mini, Lambo) so that is 4 remaining. My guess is that with the 4 Horizon festival locations that you will get a car on each location as a reward when you have upgraded it to level 5. Again, that is just my guess. But there is definately 4 cars missing from the garage announce list if you add up everything from autoshow + barn finds + skill shop.

@Pain - The Murcielago is one of those 4 cars.

I believe some cars are wheelspin rewards and not bought. The R32 might be one of those.

While we’re on the subject of missing cars, how does one get the murcielago SV?

NOTE: My loyalty cars showed up after I shut the game down and restarted it…

WARTHOG… If your code and DLC dissappeared, To save others any trouble… You can chat to MS as I did, They’ll advise you to go here

http://forums.xbox.com/xbox_support/xbox_one_support/f/4272.aspx
post your issue and they’ll work on it…

I’ve been playing this game religiously all day, and the R32 is in fact a barn find. For some reason, though, 2 others were taking like 2hours to restore. Maybe that’s how things are or maybe something is wrong, I don’t know, but I just paid for the insta restore of 67k to get the R32. It’s worth it, really.

Some of these are actually a combination of barn-finds, street boss cars, forzathon rewards, and other special offered cars. I’m just trying to look and find a compiled list of all the cars that are not in the Autoshow.

Some of these are actually a combination of barn-finds, street boss cars, forzathon rewards, and other special offered cars. I’m just trying to look and find a compiled list of all the cars that are not in the Autoshow.

this thread is over 9 months old

I have been looking around but no clear answer maybe one of you might know.
If I was not on for the AMC barn find during the Forzathon and just recently purchased the Porsche DLC am I always going to have those two empty spaces in my Barn Finds?

I have been looking around but no clear answer maybe one of you might know.
If I was not on for the AMC barn find during the Forzathon and just recently purchased the Porsche DLC am I always going to have those two empty spaces in my Barn Finds?

I did the same, and I have noticed the same. Although the Horizon series was only fun for the first few hours for me (maybe there’s a break through point where it becomes fun again) but I only PURCHASE IT TO HELP CONTINUE THE “FORZA” BRAND. I love Forza, and pre-ordered the Forza Motorsport 7 Ultimate Edition in Steelbook for over $100 bucks and I know I have been so upset with it that I actually made many YouTube videos about the RIDICULOUS SIZE of the “UPDATES”. Seriously, the day I got it I was so excited, and that excitement soon turned to disappointment as there was a 67 GIGABYTE UPDATE, so on my 10 Mbit connection this would in perfect conditions take about 3 to 6 hours, maybe more maybe less, so I made a few videos while this was going on, then it finally finished and installed the 30+ GB game off of the disk. I thought this was it, I would finally get to check it out, NOPE another 32 GIGABYTE UPFATE after the install, OK now I was turning from disappointment to straight out disbelief, what kind of company puts out a game, in physical format to boot, that requires just over 99 GIGABYTES of “UPDATES” before you can play it? This is outrageous and a very poor/sad way to launch such a prestigious game platform. So I went to see a movie as this was going to take several more hours and I was feed up with trying to figure out what kind of complete moron thought that this launch platform was in any way a satisfactory format? God help those with 1.5, or 3.0 Mbit connections, or even those with 6, 8, or like me 10 Mbit DSL or Cable internet (its the ONLY OPTION IN MY TOWN) and my friends that have 25, 30, 60, 80 and even 100 Mbit Cable, Fiber and other faster connections had mentioned that they thought this was pretty silly as well and were grateful that they didn’t have to wait through half a day of update downloads to play, granted it still took sometime and this is only one of the shortcomings of the recent batches of games (let’s not even get started with Star Wars Battlefront II, that’s a straight up nightmare), but Forza shows signs of this emerging pattern of greed, that paying $100 for the game, and $60+ per year for GOLD service, as well as PURCHASING CAR PACKS, and MAP PACKS isn’t good enough, they are now trying to sneak in “CRATES” which is a stupid system, and as shown in Battlefront II it is enough to raise a significant voice of anger, DON’T GO THE WAY OF EA TURN10, it’s not right, and everyone knows it.

Continuing on, about 2 weeks later, another update hit, and another potential gaming period ruined, then about a week or two after that a huge 70+ GIGABYTE UPDATE HIT, this was very upsetting and there went my weekend off of doing some racing in Forza, but still we endure. Then came the straw that broke this camels back, a 41.98 GIGABYTE UPDATE that froze at around 17GB and WOULD NOT RESTART, IT WAS NOW TIME TO FINALLY CALL IN THE TOWEL AND GIVE MICROSOFT XBOX LIVE SUPPORT A CALL. After three days and two customer service technician’s I was instructed to “Uninstall” the, what they assumed was the update, well it turns out “uninstall” does just that, it uninstalls the ENTIRE GAME!!! So now I was left with having to start everything all over again, this process took the better part of a week and when I finally logged in ALL MY CARS IN MY GARAGE THAT I PURCHASED WITH IN GAME CURRENCY from races won, etc., WHERE GONE!!! Additionally I had to play catch up and RE-DOWNLOAD EACH CAR that I purchased, raced, or otherwise wanted to use in the game, this really continued to ruin the gameplay and I firmly believe that this and the “missing cars” issue is related to the platform that Turn10 is using to try and get more money out of players by purchasing content in the game, this makes sense as if you can pay real money to get game currency then there must be a platform to handle the transactions and if you reload this platform obviously does not understand the fact that you already paid for cars, gear, etc. and you lose everything and have to start over and in my belief this stems from the greed of the developer attempting to squeeze every dollar out of every player that it can which also in my opinion will backfire as if this is the case and players can use real money to buy in game currency to advance their careers, cars, and other items then I for one am NOT PURCHASING THE NEXT GAME IN EITHER SERIES, as this is not sporting, it is not worthy of the series and most of all it is not a appropriate way to treat loyal fans or new comers to the series.

If you would like to check out some of my experiences with the game, visit my YouTube Channel at: 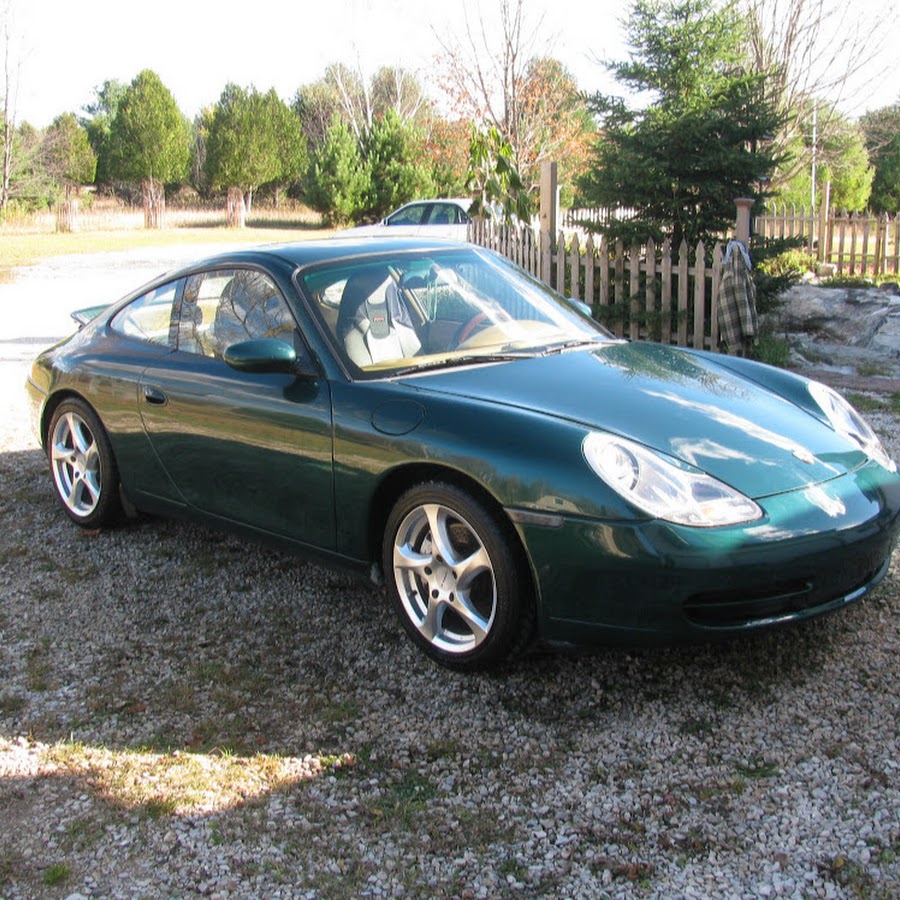 Share your videos with friends, family, and the world

Speak up, there is power in numbers, and I for one can deal with a lot but this has crossed a line and we must all make a stand

I feel sorry for the guys who can’t get the Forzathon cars they are missing because I preordered the game disc and although the digital folks got some goodies…I have been here for Blizzard Mountain and the Hot Wheels expansion…it has been a blast…eventhough I could do without all of the hypercars…I prefer old school muscle cars and JDM’s from the 80’s to the early 2000’s …there was some sweet DLC and some I passed…I have been on these forums since Motorsport 4…begging for the Porsche 928 and 58 Plymouth Fury…those cars were introduced in this game.,…I noticed that the mid to late 90’s Mitsubishi Eclipse GSX Turbo…wasn’t in the game…and boom …it appears in Forzathon…the 87 Nissan Skyline R31…was a unexpected treat…The AMC Pacer and Chevy Vega are also pretty sweet…the sad thing is …eventhough Motorsport 7 is out…it is a different experience,…not as much fun as Horizon and there will be a long wait for Horizon 4 …they did a second run on most of the Forzathon cars…so maybe,., they can bring back those cars for people who missed them because as far as new car prizes and DLC…it looks like the well is officially dry!