First thing, which is definitely a bug, when you look at an engine and then select info, it doesn’t tell you the information. It just says Engine Specifications and then nothing else. It does this for all cars I’ve looked at. 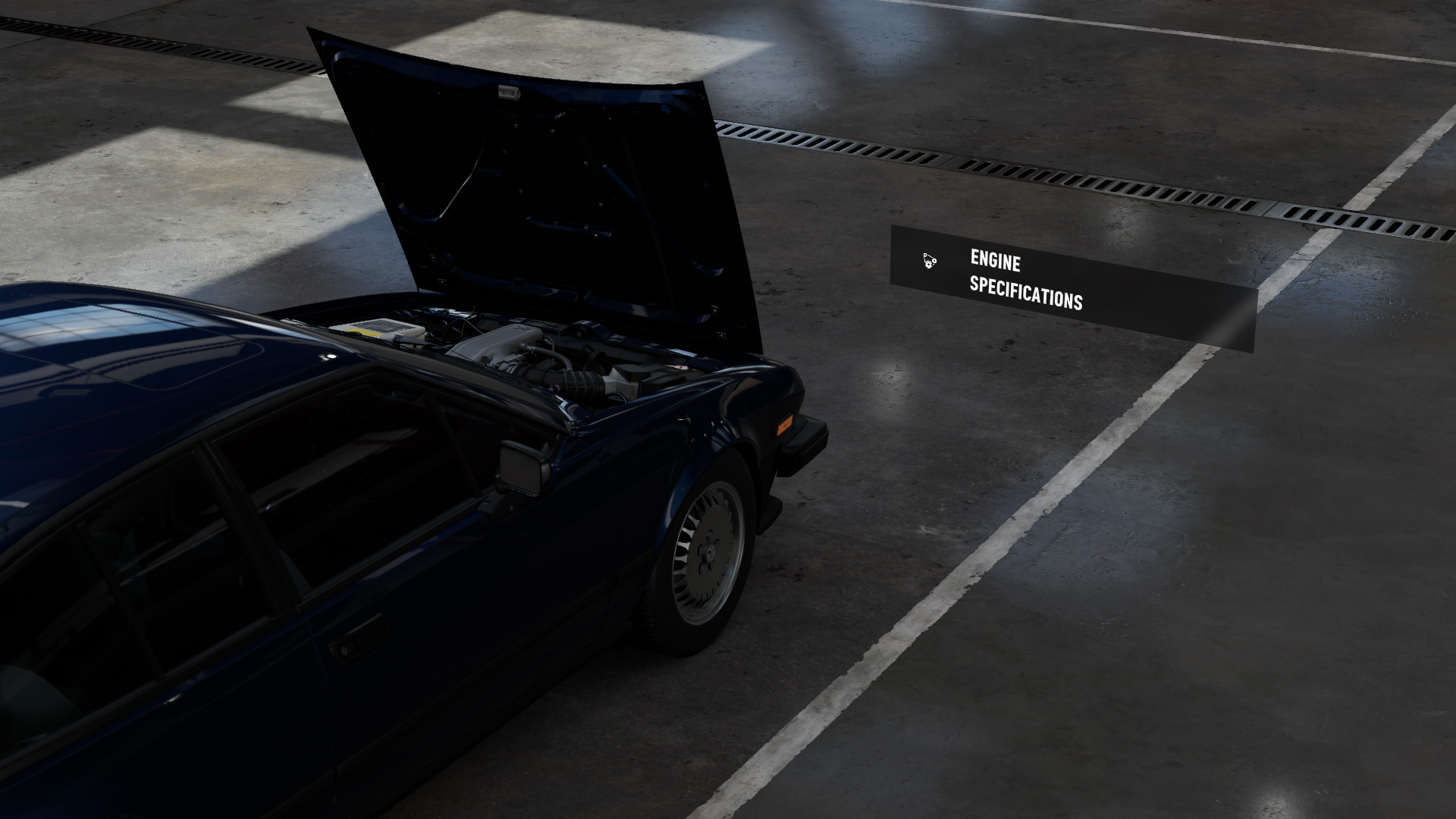 As for a couple of other things, not sure if these are bugs or supposed to be like this. Headlights, can’t turn them on and off in Forzavista. Can in photo mode but not forzavista. And when in photomode and you turn them on, the headlights that have to open/pop out just stay closed.

Some cars won’t let you open the rear doors and the boot even though you can open the bonnet and front doors.

And the one other thing is Forzavista when your car is on the track before a race. Unable to start the engine of any car.

That’s all I remember right now.

Anyone else having these issues? Anyone actually know if we should be able to activate headlights in forzavista, or start the engines during on circuit forzavista? I do wonder because all the engine specifications are missing so who knows what else isn’t displaying properly.

I’ve got the same issues here. Moreover, I’m unable to look around with the right analog stick while I’m inside certain cars in Forzavista mode. I play on Xbox One S.

I’ve got the same issues here. Moreover, I’m unable to look around with the right analog stick while I’m inside certain cars in Forzavista mode. I play on Xbox One S.

Could you use your right analog stick outside the car before? I just noticed this problem yesterday after new update and right stick is useless everywhere in Forzavista now and didn’t recall that being the case before when walking around the cars. Happy to see engine specs got fixed but wish it also would give info about displacement and number/configuration of cylinders like old forzas on xbox 360 used to. It would also be great if you could sort/filter based on all these attributes like also used to be the case. Never understood why that got dropped?!

I’m encountering the same issues after testing with several different cars from my garage. Some of them have very, very limited Forzavista functionality whatsoever, such as the Cadillac XTS Limousine, which only has openable front and rear doors and no explode/implode function at all.

But no engine specs are showing, no sound is playing, absolutely nothing during Forzavista. Bizarre.

No engine specs for me, either. Odd.

How do you even access forzavista? I’ve been through everything and can’t find it. Closest is view car but you can only move around it but not open anything.

I have the same issue. What’s the point of collecting cars if you can’t even analyse their engine specifications? Plus some cars won’t even open the bonnet.

Anyway, the “engine specifications” panel opening and nothing being displayed screams of unfinished game. Please turn10, patch this in. As a motorsport and car enthusiast I find it very disappointing to not be able to check the cars engine specs.

This was fixed in the latest update. Information now shows up. Still can’t turn on headlights though. (unless in photo mode…)