Forza is too far behind in customization

I just looked up a video of Need for Speed: Heat to see what customization is like in that game and oh my, I almost fell out of my chair! 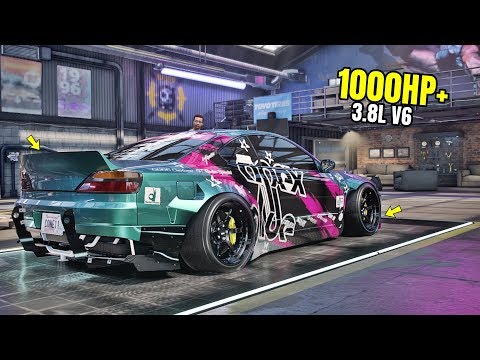 Just look at how much this guy is able to customize his car. T10 really needs to step up in customization because even though we have wide bodykits, police bars and off-road parts, Forza (both Motorsport and Horizon) are still far behind on the competition in terms of customization. I know/think a lot of it has to do with licensing, but really? The cars we have in Horizon are the same cars that are available in NFS: Heat, so is that really the problem??

It would be such a step forward for Forza if we had more bodykits (or at all) for the cars in the game so we would be able to customize our cars in more detail than we can now. And that would not really be a step forward, it would be more like catching up! Forza has the realistic handling, which is imo one of the best racing gameplays I have ever experienced but it needs more. I think to really shine it needs to compete with games like NFS in terms of customization if they want to keep fans and attract more

Forza needs to fix the existing bodykits first
it’s 2022 now, not 2005, mistakes like these are unacceptable, and that’s just two out of around 40 that I know of 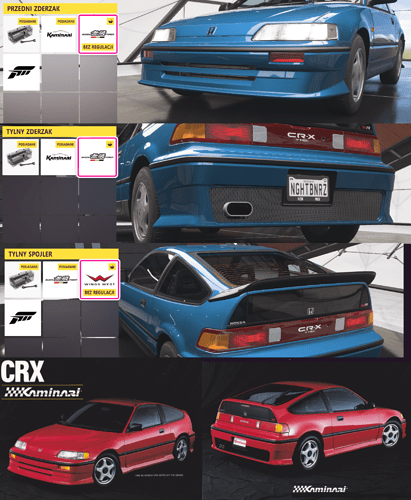 I don’t mind old bodykits. What I do mind is that the CRX doesn’t have any sideskirts. So if you install the bumpers you’re left with a massive awkward gap in the middle