Forza Hub stuck on news from years ago

Having a little issue with the Forza Hub app for Windows 10 PC. It just won’t update. I am very sure, there are later news, than news from early 2015. It looked like this since ever. Community pictures and so on seem to work properly. Just the news are somehow stuck. Recently I made a fresh install of Windows 10. The first ever, since I use Win 10. Sadly this changed nothing. Here’s a picture, so you can see, what I am talking about. Do you guys have any idea? This is the German version btw. Maybe it is because of this, but I have no idea, how to install the English version. It always picks the German one. 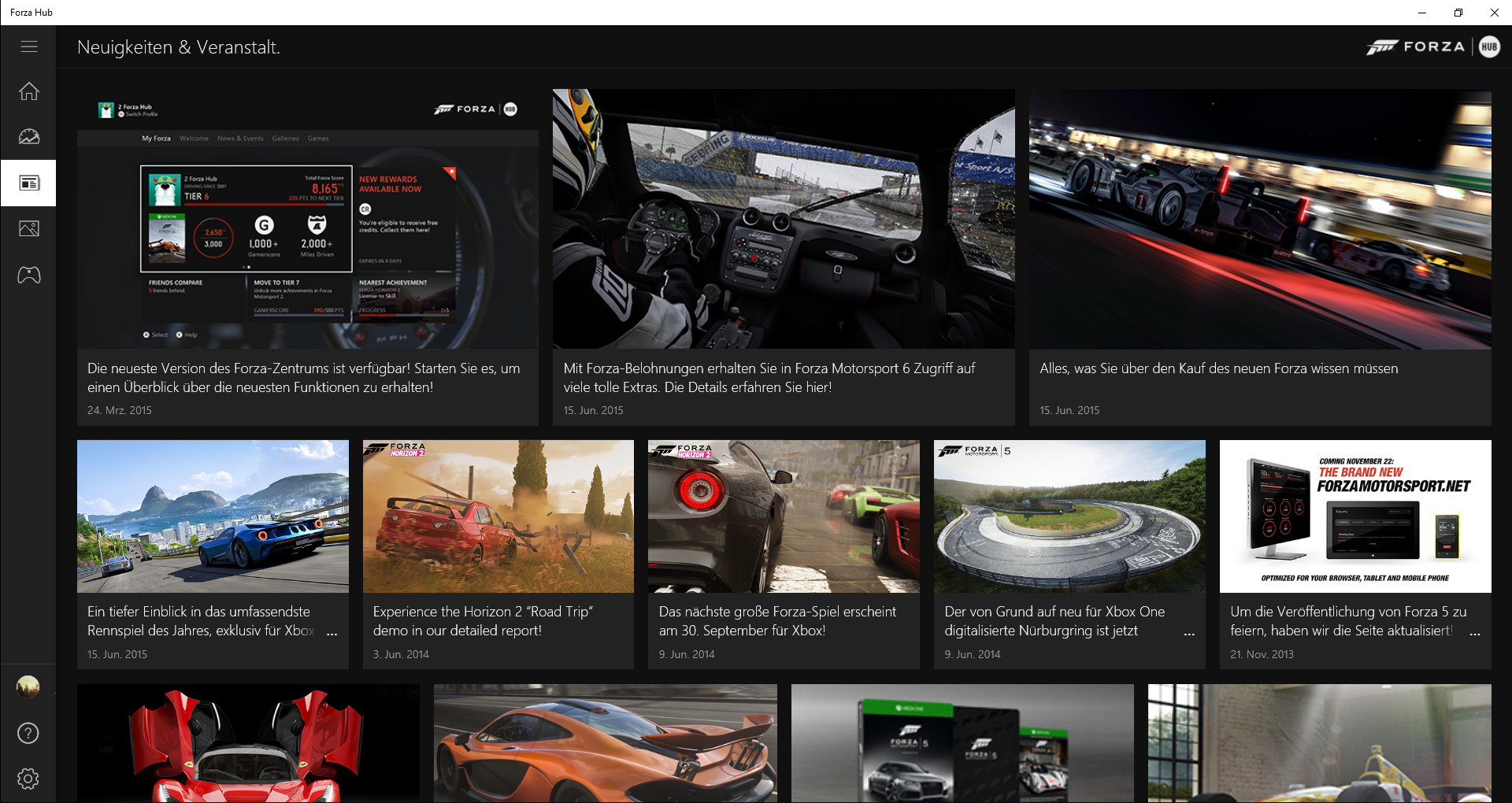 Tank you a lot!

News inside the Win10 app of the Forza Hub stopped in march 2015.

I can even log in on multiple other PCs with the same result.

The issue is obviously on the server side, since you can’t reset the cache or cloud for this app.

On the other hand … i don’t use the Hub at all, because inside the hub you always get the ‘shortend’ version of the news, without the FULL infos.
Text is sometimes missing, cut out, shortend, charts are missing, etc. …

Thank you for answering! Would you please tell me, if you use the German version of the Hub as well? The hub would be such an awesome platform, if it only would work properly.

Maybe somebody knows anything else. Thanks very much!