I was playing FH 4 last night but much of the content was not available (no message centre for one + a few other things). There was a message saying that the servers were offline - are these not working any more for FH4 on Xbox ??

There has been no end of life notice, I think online even works as far back as Horizon 1 and 2 (could be wrong!)…it may very well be they have cannibalized capacity on FH4 hardware to support the massive numbers of FH5 players currently in game (???).

Horizon 2 does not seem to have any server support anymore. Seems to have been shut off a month or two ago. I haven’t heard if this is a planned end of life thing, or if it’s broken and nobody’s gotten around to fixing it. Same goes for Forza 5 and 6.

I haven’t checked Horizon 1 in a while, but the last I checked, online services such as the Rivals leaderboards were a bit hit or miss.

Horizon 3 still has active online features, at least as recently as last night. Horizon 4 is still very much alive, and Deans F probably just caught them at a bad time. But all games prior to that are either broken or sunset, and I wish I could tell you which.

FH4 isn’t that old yet and I don’t think it will be cut off for a few more years. FM5, FH3, and FM6 still have multiplayer connectivity issues. I still cannot connect to online FH3 on PC, but others have reported none of the same issues on console. Might just be regular shutdowns for FH4. The servers have been spotty since day one.

I have no luck connecting as well…

I have tried everything I found online. reinstalled game, reinstalled network drivers to fix teredo (its running btw), none worked. 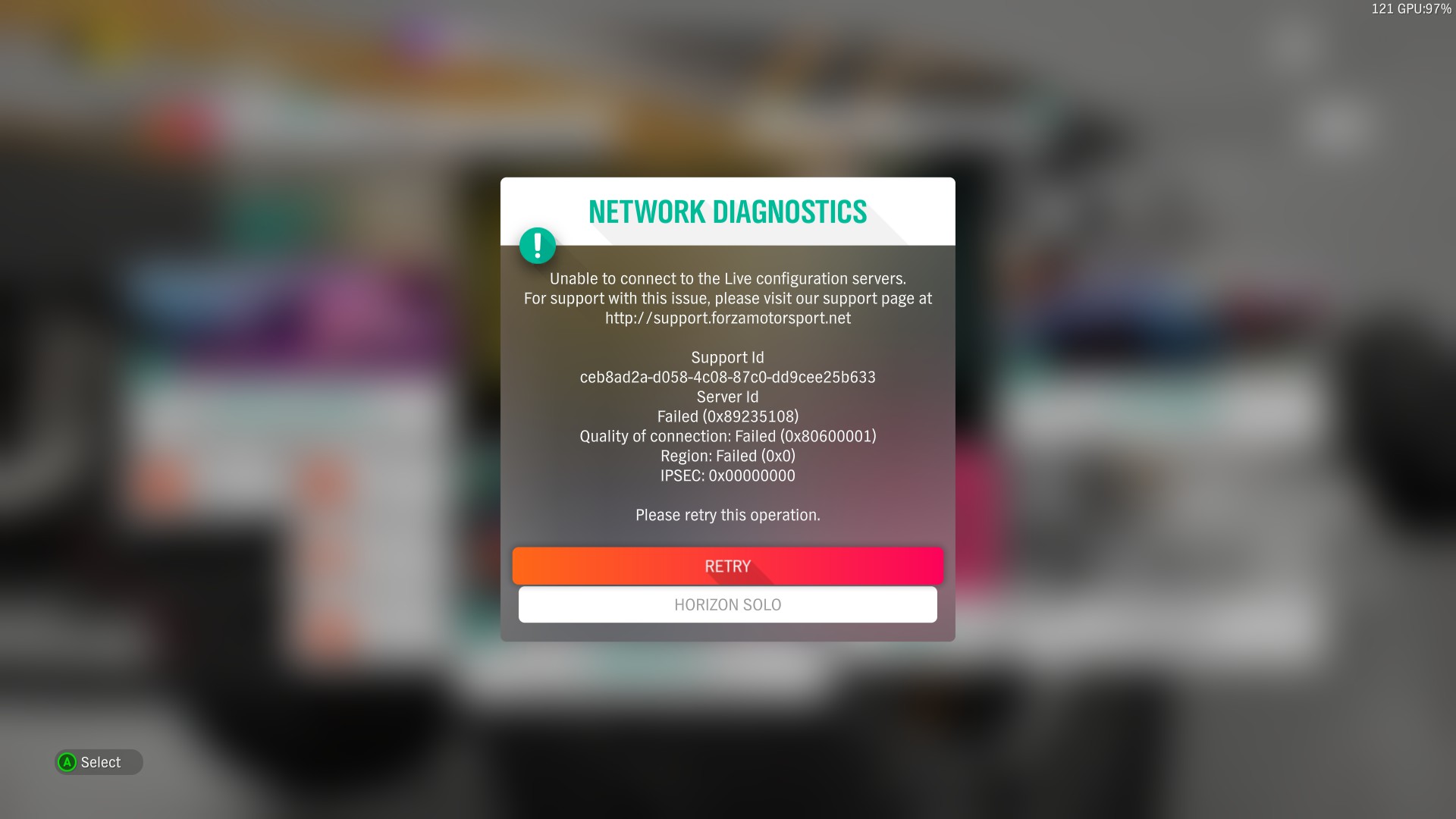 I was able to connect last night. It’s fine, as far as I’m aware.

I’d imagine they’re going to keep the back end going for at least another couple years.

I haven’t been able to get online since friday, there is none of the usual fail to to connect or anything it just says finding online session forever.

Been having issues with this too
Game just straight up says “Feature Locked” “There was an error communicating with the server, please try again later.”
I’ve been trying again later over and over the past couple days

A week later and it is still the same. I have tried every day with no success.

They are having problems I guess. If they were shut down I think they would have announced it already.

I was able to play on live every single day, completed monthly FFA qualification, with series change and also complete the trial yesterday.

Has anyone had any success fixing this? I have been having this problem since January this year.

I don’t have Xbox Live but I just played FH4 and did some Super7’s. Auction House worked too

I just played Eliminator on FH4, no problems.