So Forza 7 has started crashing to the Desktop for some reason, it was halting my entire system at first (bluescreen and restart) but now the game will just freeze (only seems to happen while I’m driving) and then dump me to the Desktop.

So after having to re-download and install all my apps (Adobe, Games, Forza, etc) I am pretty over this, it has happened in the past but seems to be worse now, I have the errors in Event Viewer attached if anyone can see anything specifically.

I have ordered an Xbox as this just seems stupid, how T10 can make it run on the Xbox and not PC seems silly. I just want to be able to use the PC and not a silly Xbox for just one game. 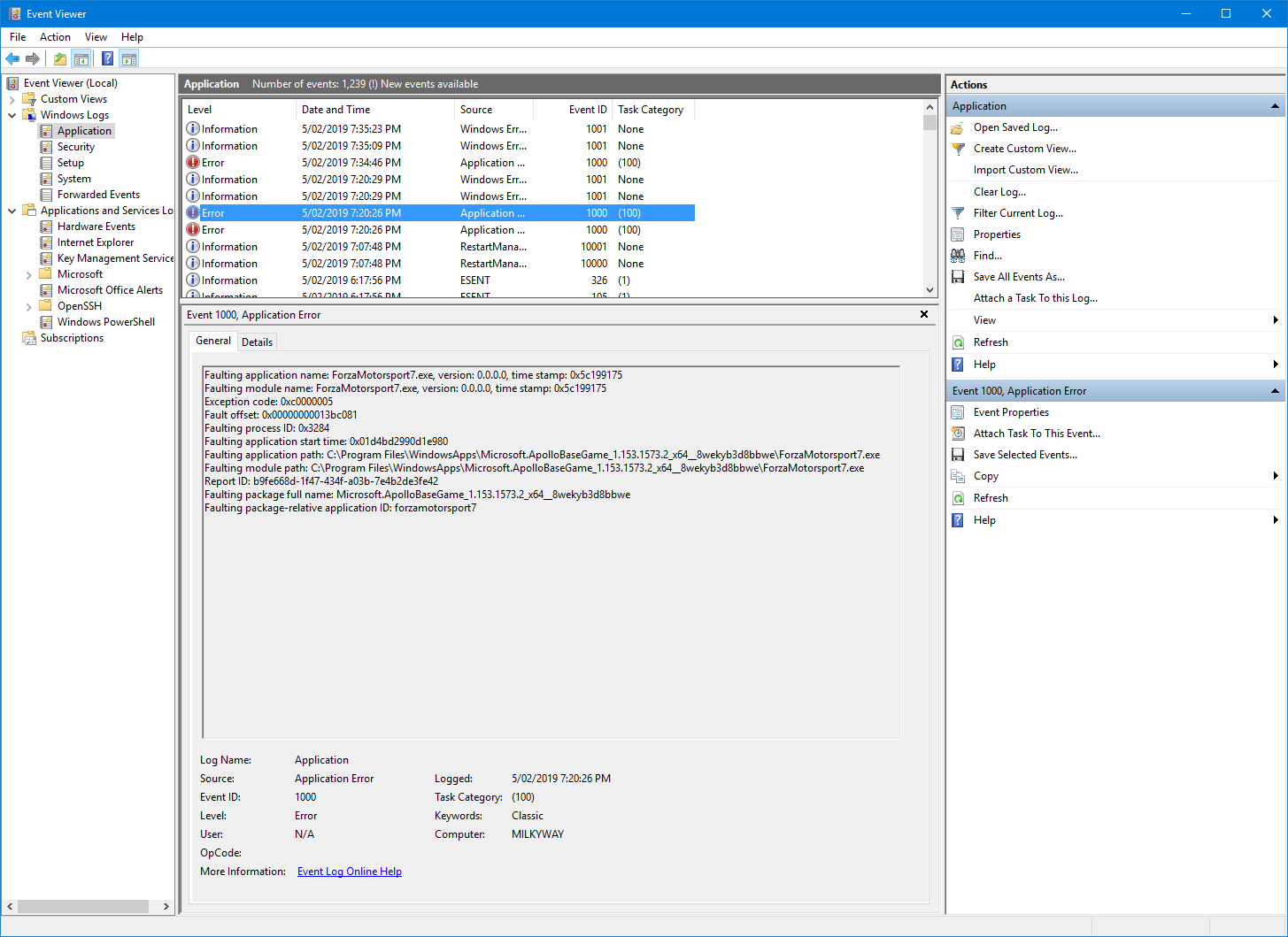 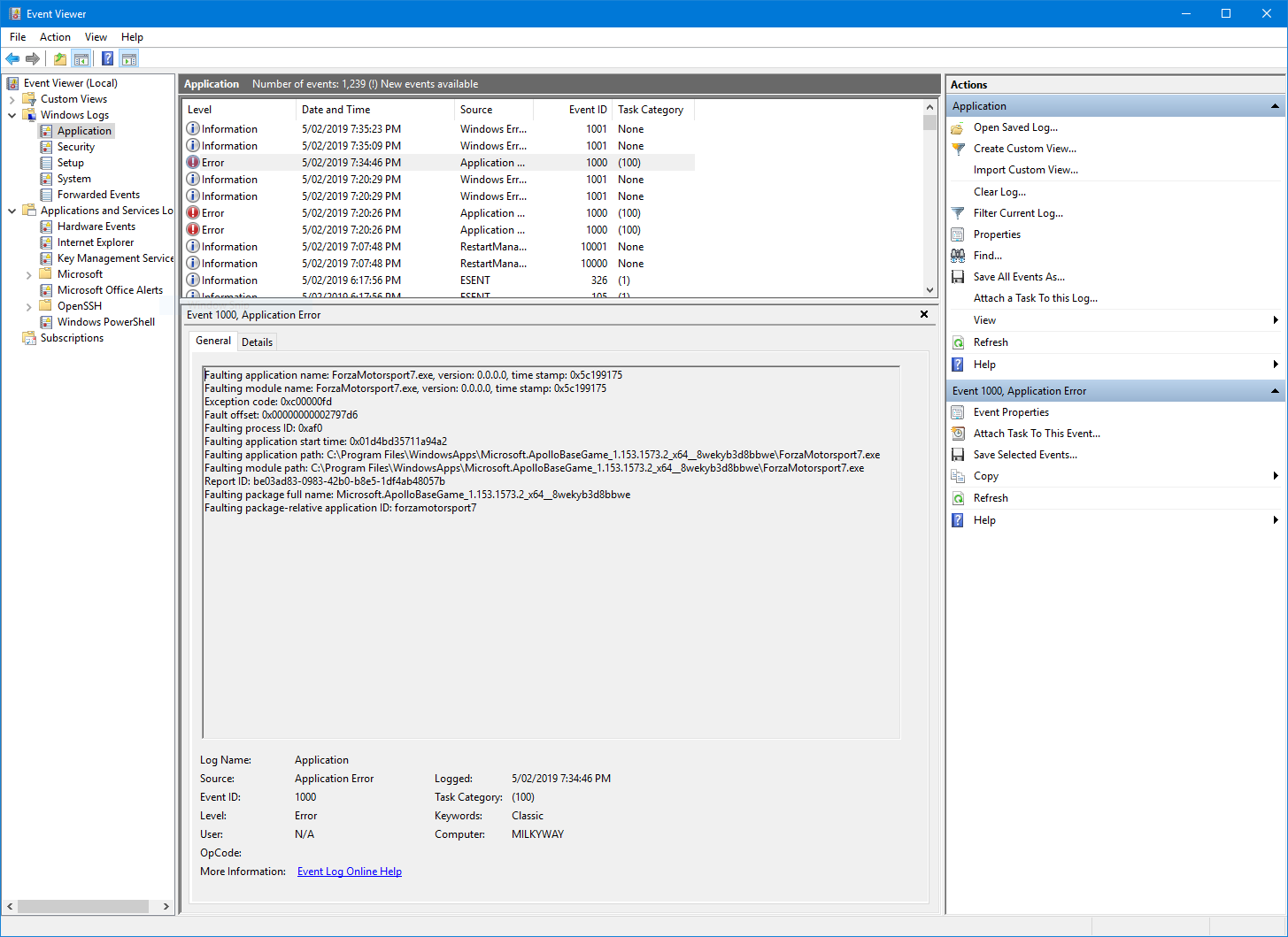