FM5 free for gold this weekend (+ Grand Tour of Prague)

“The Forza Motorsport 5 weekend will allow you to check out the full Forza experience with special in-game challenges, play against others online and build your achievements and Gamerscore. Throughout the weekend, you will have the chance to compete in a special multiclass endurance in-game race event, Grand Tour of Prague. Complete this endurance event and drive at least 130 miles in the race to earn a new title and badge for your Forza Motorsport 5 profile. After the weekend, you’ll have the option to purchase the game online from the Xbox Store or visit your favorite retailer and continue playing. You will also get to keep your Gamerscore and achievements earned while playing, so invite your Gold friends to play and see who has the best driving skill.”

“As an added bonus, during the Forza Motorsport 5 weekend event, Xbox Live members in the U.S. can qualify for a chance to win an all-expenses** paid trip to the three-day Forza Motorsport Grand Prix Road Racing Class at the esteemed Bondurant School of High Performance Driving in Arizona.”

This is going to hurt! Mutliclass + Newb + weekend = deadly badge & title. What will the title be? “I survived”

I jest…It will be an adventure, but one I’m sure many of us will under take. Hook the connect back up and get ready to say “record that” because this will be an entertaining weekend.

yup, this badge is going to be the purple heart of console racing. You can wear it with pride!

New DLC car for this event…Flat bed tow truck…needed for all the first corner “accidents”!!!

i’m sorry, but i wouldn’t do a 30+ gig download of anything for just 3 days. 3 days to earn enough credits to get a good car and tune it? hopefully they gift all new players a pre tuned mini or something. i was frustrated my 1st 3 days. d class races trying to go from last to first in 2 laps in a poorly tuned car. for the people that own the game and care about that badge i would suggest getting in as early as you can to avoid all the people playing forza for the 1st time. most aren’t going to be trolling, thats really going to be their real skill level. it should take a while to download forza.

by the way if you win that driving class try to schedule it dureing the winter. it gets up to atleast 60 degrees in the winter most days in phoenix. in the summers it gets over 110. if you live here you are used to it, if you aren’t used to the heat you’ll feel like you are melting. the only time i seen a snow shovel in phoenix dude was useing it for a fan. it cools down usually late october. the state fair is also late october if you like stuff like that. avoid scheduling feb, the superbowl is here this year which will cause traffic and hotel problems.

hmm this will have damage on right? … at Prague where there’s walls a plenty, and the dreaded chicane at the end …? full of newbies and trollers? I say again ‘uh oh’

Usually the Challenges show up 10 days before start. I show nothing on SmartGlass. Must be a last-minute add.

Hopefully it pans out. I love a good endurance hopper, but usually that turns sour pretty quick after multiple needless trips to the pits.

microsoft moved alot of stuff up evidently. they launched the one in japan early today. prague was also the track they featured when it launched in america wasn’t it? and its a track without licensing issues so no contracts or 3rd party clearances to worry about.

This “Free FM5 weekend” has been created mainly for all the new Xbox One markets, for sure. This weekend, the Xbox One will be released in another 28 countries, on top of the already 13 countries. I guess this stunt is to draw in those people who aren’t buying the Xbox One bundled with FM5. Here in Sweden, they’re offering a ‘Day One (Nordic) edition’ that comes with FM5 and FIFA15, but I’ve seen other bundles as well.

Will be interesting to see what kind of chaos it’ll be, but I reckon the damage will only be cosmetic in the special “Grand Tour of Prague” event - because of all those noobs playing the game for the first time.

The Xbox One update (256MB or so) that was released this week (I’m so glad I have a quick Internet; it only took about 2-3 minutes to get it downloaded) is probably one of several that are related to the “Xbox One market upgrade”. The reason I say this is that Sweden is still not on the list of locations in the settings. It’s possible to select Swedish as a console language, but not yet any of the Scandinavian countries. Perhaps they’ve pre-programmed some time-release features in this patch to not require another upgrade for Friday’s multi-market release.

Sorry, I should have put this link in the 1st post http://www.xbox.com/en-US/community/promotions/forza-motorsport-5

Sorry, I should have put this link in the 1st post http://www.xbox.com/en-US/community/promotions/forza-motorsport-5 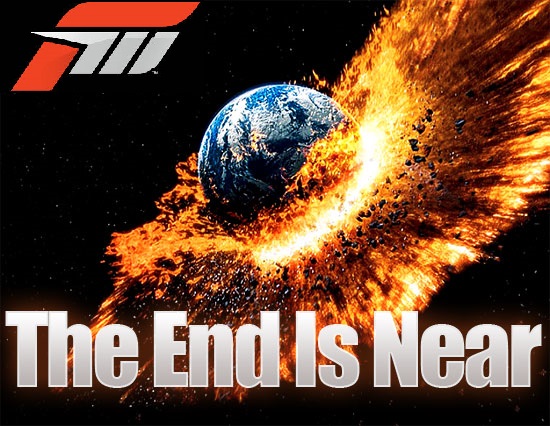 Hopefully there’ll be some good racing during the weekend in the hoppers. But I expect there to be more crashes

Well, my comment will probably find me in trouble and certainly don’t wish to get this locked but this ‘free’ weekend announcement is an opportunity to invite a trove of players who do NOT have the game already to come and play for a free weekend. This is all fine and dandy but my thinking is this: what about those Gold members who DO already have and play FM5? For the event at Prague I would have proposed that ALL players, both current and new, be gifted one ‘free’ car for the event, built and tuned by Turn10. Those players who download and play during the free weekend who decide to keep and purchase the game will get to retain this free car. Just a thought.

I don’t think this will be as bad as people think. A huge number of xbox owners have played FM5. The small amount remaining will probably do a couple races and get over it quickly.

How many achievements can one get in a weekend?? Hmm 98 total with DLC?!? Ill be buying this on Monday!

How many achievements can one get in a weekend?? Hmm 98 total with DLC?!? Ill be buying this on Monday!

There’s no unicorn in FM5…