Your Festival, Your Soundtrack
Naturally, music plays a huge role in the Horizon Festival and, as the boss, you’ll have say over that as well. For Forza Horizon 3, we want you to drive to the music you love. We started by adding more radio stations – featuring new music styles like hip hop, heavy rock and punk – alongside Horizon favorite stations like Bass Arena and Horizon Pulse. Forza Horizon 3 will feature stations from labels like Hospital Records, Epitaph Records, and Vagrant Records, as well as the latest music from cutting-edge Australian label Future Classic. That’s more radio stations, covering a broader range of music, than ever before.

Groove Music
See the thread for discussing Groove Radio, where you can stream your own playlist through OneDrive and Groove Music.

Station and Song List
There are 8 music stations in FH3 (plus the Groove station) with over 140 songs. Stations are unlocked as you progress through gameplay, and you can assign stations to your Festival Sites. There are also Skill Songs which will come with DJ notification. The song list was announced on September 9 via theaureview.com and Xbox Wire and the Week in Review. See also AU Review’s interview with Ralph Fulton about the soundtrack. xboxgamer969 has put together YouTube links for the songs. Look for his updates further in this thread:

I’ve done this back in 2014 when the Horizon 2 soundtrack was revealed so I thought I’d do it again with this years instalment, note that some songs do not have links to them due to them not being on Youtube or being an Unreleased track, ok without further a due, here’s the list.
Oh and here’s the source link for the entire soundtrack: http://iris.theaureview.com/exclusive-forza-horizon-3s-complete-tracklist-features-chet-faker-1200-techniques-and-more/

Albert Hammond Jr. - Caught By My Shadow
Albert Hammond Jr. - Losing Touch
Alkaline Trio - We’ve Had Enough
Bad Suns - Patience
Band Of Skulls - You’re Not Pretty But You Got It Goin’ On
Black Rebel Motorcycle Club - Rival
Blink 182 - Bored to Death
Bombay Bicycle Club - Carry Me
CRUISR - All Over
Frnkiero and the Cellabration - Weighted
Mayer Hawthorne - Love Like That
MIAMIGO - Hard to Love
Saves the Day - See You
School of Seven Bells - Ablaze
The 1975 - The Sound
The A-Sides - We’re The Trees
The Get Up Kids - Ten Minutes
Thrice - Blood On The Sand
WATERS - What’s Real
White Lies - Come On

The Kooks track was on Horizon Pulse, I’d assume the Chvrches track would be as well.

There’s also a new station called Block Party, or Horizon Block Party, can’t find the video that I saw it in though.

While I’m not sure FSOL generally falls into either of these categories a 80’s-90’s techno channel would have been great. Everything from classic Chicago house to Detroit techno to British experimental to Dutch hardcore … it would blow minds now to hear how advanced some tracks back then were. And to possibly get “Time Space Transmat” or “Night Drive”? Those songs were MADE for cruising.

Probably too late to wish for it now …

I will be disappointed if we don’t get any tracks featuring the didgeridoo. Australian immersion will be destroyed …

I will be disappointed if we don’t get any tracks featuring the didgeridoo. Australian immersion will be destroyed …

Even though they are from the UK, one of the band members has learned to play (or is it sing? :p) the Didgeridoo. May I present to you… The Levellers! 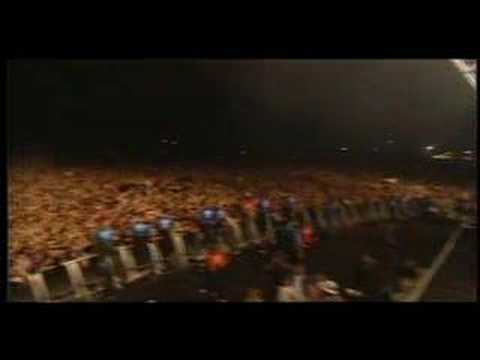 Epitaph records eh? Sounds like a bit of Parkway Drive will be in this

I love the fact that we can finally play our own music in FH3. I have a Daft Punk play list that I made for FH2 when I race that I listen to externally. I look forward to adapting it to a personal music channel in FH3!

Hopefully they have some pretty good choices for Hospital Records Radio (Have a decent amount of Metrik, Reso, Fred V and Grafix, etc on my Spotify playlist). Absolutely loved the choices in FH2 which got me into that genre in the first place. Too bad we cannot use Spotify on Xbox like we can on PS4.

Since we are in AUS this time

Just to name a few
Obviously the problem here is royalties and licensing.
But, it’d be pretty rad to have some AUS music there.

Since we are in AUS this time

Just to name a few
Obviously the problem here is royalties and licensing.
But, it’d be pretty rad to have some AUS music there.

Yes! Silverchair especially. Maybe Savage Garden if they could find a good song that would go along with a racing game.

I’m a bit worried about Horizon Block Party after hearing that Outasight song. It sounds like something that Macklemore would make. I’ve been hoping for rappers like Logic, MGK, Run the Jewels, Tech N9ne, Kendrick Lamar etc. and that’s not what I think of when I think of the term “hip-hop music”.

Also, I wonder what kind of heavy rock they’re going to play. I’m not a fan of death metal, and I can’t imagine them playing it in a game meant for everyone. I’m imagining we’ll be getting light metal/hard rock music. I wonder what they’ll call it? “Horizon Headbanger”?

^This^ INXS is such an underrated band around where I live . . .

*As a side note, if they have a hard rock station and the band Sick Puppies is not on it, I will be disappointed . . .

Better have some flume in an australian game