FFB understeer doesn’t seem to be working correctly, and can be very intermittent.
FFB min force is inverted from what the description says and to how it worked in FM7.
Description for sensitivity doesn’t tell users what the setting actually does
In the video below you can see what I’m describing about FFB understeer, but I feel that FFB min is somewhat doing its own thing at times too as the wheel gets slack and tight on its own without adjusting anything. 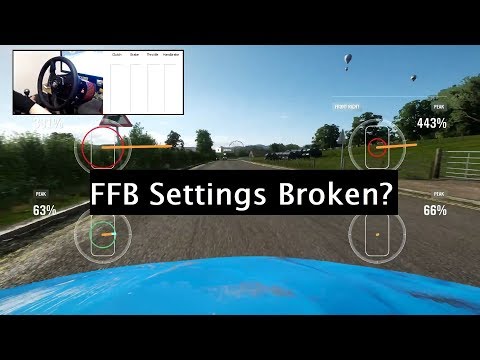 Will Data Out be in at some point?

Update, it seems that FFB understeer is bugged and changes depending on road surface being driven.

Still having the same issues on full release version

Not pleased that these issues have not been acknowledged, it is game breaking as I cannot drive properly (I am not a bad driver).

I haven’t tried the latest update but I’m having the exact same FFB issues, using a Fanatec CSW V2.