Back at E3 2009, Brian Ekberg was a journalist interviewing Dan Greenawalt about Forza Motorsport 3. A year later he became the new Forza Community Manager. Over the past decade Mechberg has written the Week in Review, played Forza Motorsport and Horizon games with the community on #ForzaFriday livestreams, and been a host for Forza Racing Championship events.

Today was Mechberg’s last day at Turn 10. Here’s a link to his final #ForzaFriday livestream replay, which includes a fun montage from his years at Turn 10. Please join the livestream guests in celebrating Mechberg’s legacy with well wishes and memories or stories. 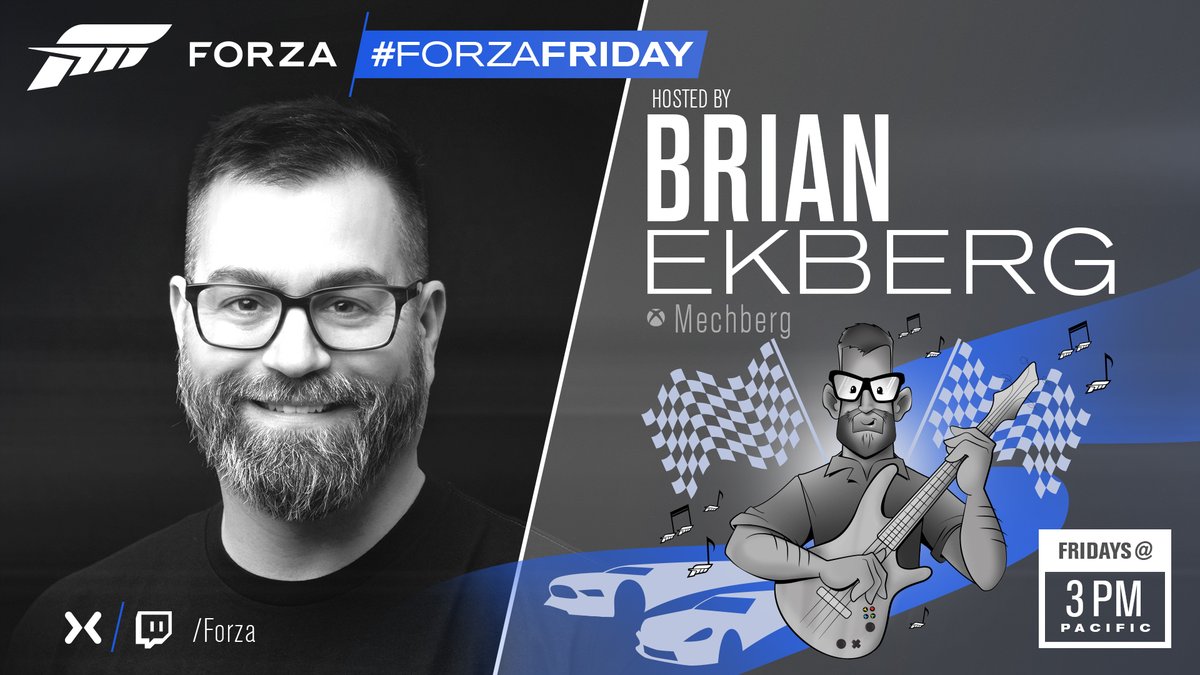 Here’s Brian’s original video review of Forza Motorsport for GameSpot back in 2005: www.youtube.com/watch?v=3ncrJyCMOts

It’s a sad day for the Forza community, we will miss you dearly Brian. I doubt that I would ever have gotten involved with Forza to this extend were it not for your Forza Friday’s and WIR’s - I’ll miss both but most of all you steering the ship (from a player’s pov) and for simply being the face (and beard) of Turn 10. I’ve never known Forza without you. Thank you for all you’ve done, all the best for your future endeavours and I hope we’ll see you around in one way or another soon

End of an era is the only thing fitting of this I can think of.
Firstly I’d like to say thank you for all the support over the years, in game and then within the FRM program, (I couldnt believe it yesterday when we all got the T10/PG logos applied to our ingame tags, something i never thought i’d see and always wished to one day have) Its been an amazing 9 and a bit years!

Since I started playing Forza I can recall you being there, be it the run up to the FM4 launch, Game with Dev sessions on Facebook, to WIR, Forza Friday, the Race Marshal Program, and finally meeting you at FRC World FInals in London last year.
A crazy highlight would have to be back on FM4, the first time the 24 Hour Le Mans Hopper was run, when only myself and 49 others completed the challenge to receive a full set of Unicorn cars.

It will take some adjustment not seeing you live every Friday after so many years. So I wish you the very best in your new career, Hopefully our paths cross again in the future. 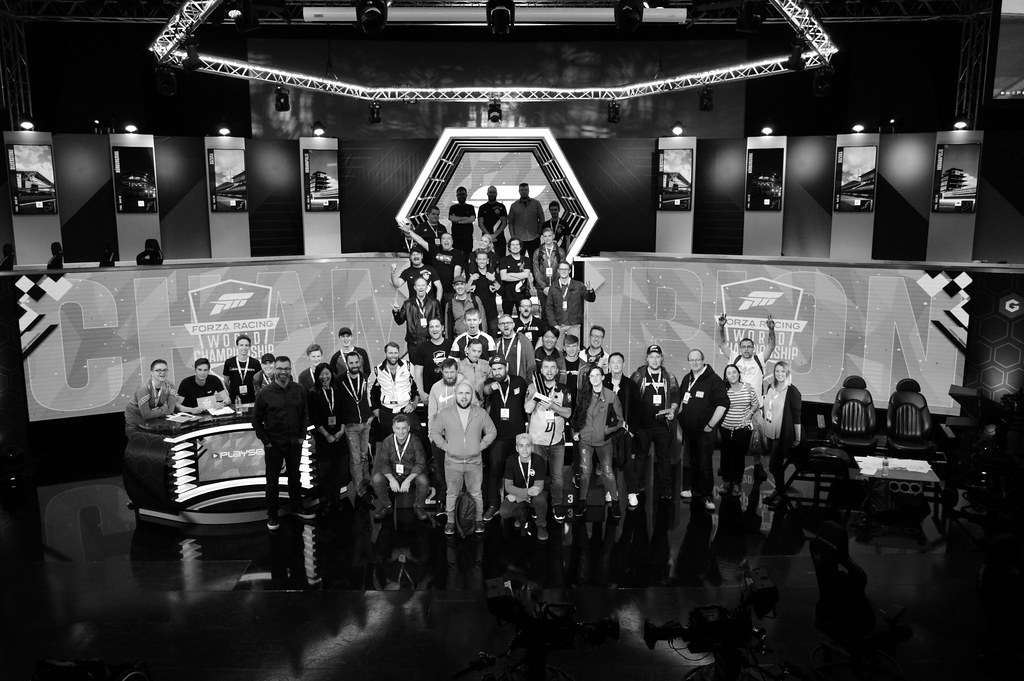 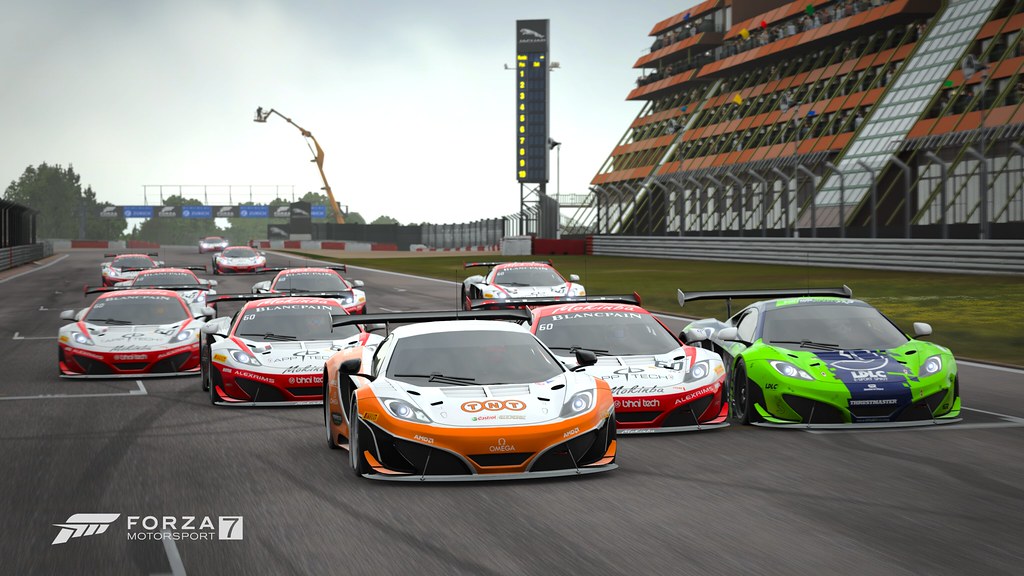 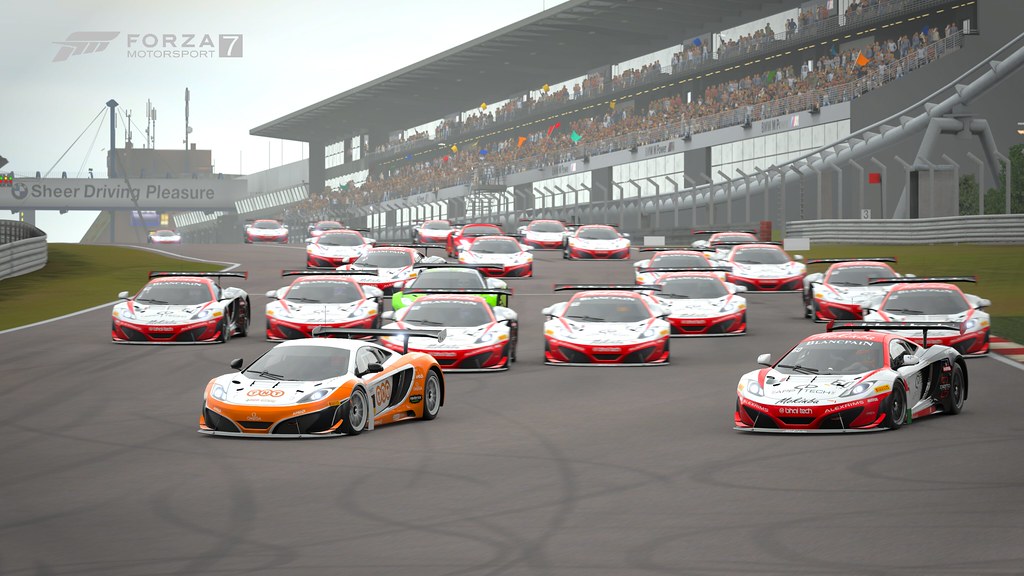 Hey I’m in all those pics

Brian and the team’s work has a big influence on what I do and how I look at games as a whole. From making me a lifelong Forza fan to working at a racing studio (I’m essentially Mechberg’s equivalent for DIRT Rally 2.0) I can’t underestimate the impact that the Forza community team made on me, and Brian’s obviously a big part of that.

Even today I’m looking to Forza as an example of the things I can do to help the DiRT community; the Week in Review, Forza Friday, community contests, Random Ring Race, all of it. The Forza family’s one of the best communities I know and I’ve learned a lot form it.

It was a pleasure to finally meet Brian at ForzaRC Finals last year, to contribute as a (former) Marshal, to hang out in the streams and on the forums. Forza’s not going to be the same without him.

Brian, you are a fine racer and a gentleman. You were also a great host. Didn’t get to know you much, but I know you’re a great person. You’ll be missed in Forza’s staff.

All the very best to you Brian

I wish you, Brian, all the best in pursuing those new opportunities and in everything in your life!
For me, you were The Face of Forza.

Back when they first added the Twitch app on the Xbox, I didn’t even really know what streaming was yet. Forza was the first channel I followed, and Mech was the first “streamer” I watched. Seems like forever ago now. The WIR has long been one of my favorite threads on the forums. I’ve rarely missed an issue. Some years back when I was in my first small racing league, I wrote a weekly newsletter for the league. I drew my inspiration (and maybe a wee bit of the format LOL) from Mech’s WIR. While I would never compare my work to his, he did provide me with a guideline to provide a good and very well received publication.

As I’ve gotten more involved in community projects over the years, most notably the current marshal program, I’ve had the honor of interacting with Mech beyond posts on forums. His dedication to the community was admirable and tireless. As streaming has moved to the forefront in community interaction, that dedication was on full display, as if there was ever any doubt. Mech’s passion was not solely the product his company was selling, it was the community that surrounds it. T10 has lost a valuable employee, and that’s a sad day for the company, but the community has lost a dear friend, and that’s an ever sadder event for us.

Thank you for everything you brought to the game over the years bud. Good luck in all your future endeavors and may the wind always be at your back my friend!!

I never really got the concept of watching video game streams until I watched Brian (and John) hosting the Forza shows. These shows don’t feel like watching video game content - they feel like you’re hanging out with your friends, shooting the breeze and having a great time together. Brian has done some amazing work helping to build this community, and he just seems like a genuinely awesome guy to boot.

Brian, I’m gutted that you’re leaving us, but I’m sure you’ll do just as great a job wherever you’re heading to. Thanks for all the memories you helped to create!

Sorry to see you leave, Brian. I will miss all of your contributions! I very much enjoyed participating in your New Year’s Eve activities. Fortunately, I will still be able to race against your AI counterpart.

Best wishes to you in your new endeavors.

Sad to see you leave Brian your streams were always warm and welcoming. I enjoyed being introduced to people from around the studio and hearing about how they came to be working at Turn10.
I wish all the best for the future but will we ever find out what the random ring race is?

Last week, someone asked me to clarify what the job of a community manager is. Here’s what I had to say on the forums:

"As community manager, my job is to figure out ways to better serve the existing Forza community base while also growing the community over time. Communication is certainly an aspect of that–though it should be obvious that there will often be times when the community team cannot talk about certain subjects for various reasons. Nonetheless, listening to the community’s feedback is always a priority.
A large chunk of community management is removed from the game (and found here in the forums, blogs, and podcasts of FM.net), but another aspect of the job is helping to figure out ways to improve the social experiences in the Forza series itself. It’s an aspect of the job that I relish for a number of reasons, not the least of which is getting to work with some of the most talented developers in the industry."

It’s a pretty straightforward, if not entirely complete, answer. Later, as I was thinking more about the role of a community manager–as well as the role of the community within a game’s ecosystem–I came upon this bit of wisdom from games community blog SixOkay:

“I see it this way – a developer, or publisher, or Community Manager has to act as a government would, and the community will act as a neighborhood naturally would. Community Managers should strive to provide good metaphorical roads, well lit sidewalks, and nice parks for people to congregate in. Make it safe for people to come out of their homes. Once that job is accomplished, it’s the people within the neighborhood who will build the community.”

Now that’s a great explanation of the community relationship we strive for here at Turn 10, and nowhere was that more clearly represented than at this week’s Game With Turn 10. This was the fifth such event we’ve hosted and, to say it was a rousing success would be a massive understatement. We had a great turnout from the community and Turn 10 folks as well. Between Landin hanging out in the Playground hopper, Fred getting his drag racing on, Jube driving an ugly, ugly VW Beetle, resident Turn 10 ringer Christian (aka VoodooUomo) handing people their butts en masse, and Yours Truly redefining mediocrity in the Cycled Production Car hopper, there was a lot going on (and lots of unicorn cars up for grabs). I look forward to doing another Game With Turn 10 event soon.

DAMN I’ve been gone for a while and see this… sad
Good luck Brian! Sad to see you go

So where did Brian end up - anyone know?

So where did Brian end up - anyone know?

Pretty sure he’s at Bungie now