If you are on XBOX, and you spawn at a popular place (e.g., Festival Sites), you can observe the drones lifting off while you are still “waiting for players”. I have been noting down players who have grabbed these cars early and contacted them after matches and asking what their setup is. My completely non-scientific sample size of 3 players that did respond, all said they were on PC. This could just be coincidence however, and there could be something else at play. However, this is consistent. I can play 5 matches, and see it happen every single time.

This is only a FH5 problem. I never once saw another player grab a vehicle whilst still loading in to a match in FH4.

To add to this, the inconsistent way the Eliminator matches load, means that the car drops (and arena walls) sometimes load in while you’re still in Free Roam. Sometimes for as long as 30 seconds prior to the match starting. Meaning if you’re on PC, you have the opportunity to tour around the map, and choose to spawn where the best car drop is in your immediate vicinity, and a guaranteed to be in and waiting before any Xbox players have even spawned.

My own setup is a Series X, game installed to internal SSD. 300Mbit Fibre. Gbit LAN.

See the below video: I have dozens like it. Sometimes Eliminator loads fast, other times it is gradual, so that I can see the car drops. But what is consistent 100% of the time, are that many players are already in high-level car drops before I even hit the ground. 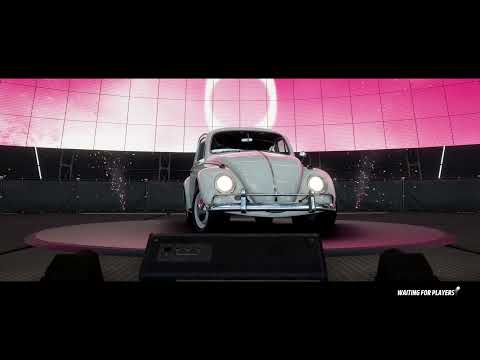 Currently, if you play matches at peak times on XBOX, my advice would be to spawn away from high-traffic areas, or high-level car drops if you see them load early, as the likelihood is that you will be ambushed by a PC player that loads early.

First you need to find someone that can understand what problem is, and not toss it in pile with the countless ASAP’s needed.
I’m dumbfounded daily how users are gathering data to help, yet nothing from vendor.
United Airlines has better pr and ownership, and they have NONE.
Between that and a Formula 1 SPOILER sitting on this board for hours, a heartier Sod Off couldn’t be clearer.

First you need to find someone that can understand what problem is, and not toss it in pile with the countless ASAP’s needed.

Actually you’re right… even as I was typing “ASAP” I was of a mind that there’s plenty that’s more broken and needs fixed sooner.

Still… yet another thing about this game that sours the overall experience of FH5.

I’m on PC (high spec with FH5 on SSD) and seen this happen as well so I don’t think it’s a console/PC issue although I’ve only played a small number of Eliminator games because each one I’ve played has been a buggy mess and none of it has worked properly.

PC players need all the advantages they can get seeing as the Xbox Series X is over 100 times more powerful than the best PC money can buy. The XSX is so powerful that it can even run Microsoft Office even though it’s a dedicated gaming device.

Funny thing in my last two eliminator matches last night was the circumstance, that at the left side of my monitor there were the notifications that players claiming car drops already while I was still stuck in the last loading screen showing the beetle already in the landscape but keeping the message that the game is waiting for the player (or players?).

You know where you can see the car on the desired starting area but cannot drive it already.

And I am playing on pc.

I would say that it is down to the servers etc…they have been such an abysmal mess it’s no surprise things like this are happening. Also, that video: Displaying a car drop before the Eliminator has started shows something weird going on so a player seemingly arriving early wouldn’t at all surprise me.

Unfortunately, until they fix their server mess, it’s impossible to work out where the issue is

I don’t think any of us have started the Eliminator from the very beginning of a match with a fairly full lobby. We all have joined matches that are underway and in-progress so it is possible to see vehicle drops while you are spawning in.

I don’t think any of us have started the Eliminator from the very beginning of a match with a fairly full lobby. We all have joined matches that are underway and in-progress so it is possible to see vehicle drops while you are spawning in.

Huh? I’ve never once joined an eliminator match that is already in progress. It’s not possible is it?

I also often get close to full lobbies, at least 40+.

I’d say loading in mid-game happens to me about once per week. Happened last night I’m fact. It’s easy to tell when it’s going to happen as the arena walls and car drops have loaded for quite a few minutes prior to your game actually starting.

In last night’s example, I was wandering around aimlessly in the weird hybrid free roam/arena for over 5 minutes waiting patiently. By the time the game loaded me in, it was already in that medium-sized circle about mid game. I happened to catch a L8 pro truck off guard and win the H2H, then came second in the whole match. It’s just ridiculous.

I think this is a seperate issue though, as my subject in this thread happens even with fast load-ins. I thinks it’s an issue with the way they have programmed the server in telling everyone to wait for the same time/trigger to start. I think the mid-game loading is a seperate bug that leaves people in limbo, similar to the invisible player/no-challenge bug.