DJR Team Penske have just unveiled the Xbox - Forza 5 livery that Marcos Ambrose will carry in his return to V8 Supercars in Australia.

What do you think? The car will be available to everyone in Forza 5 this weekend. 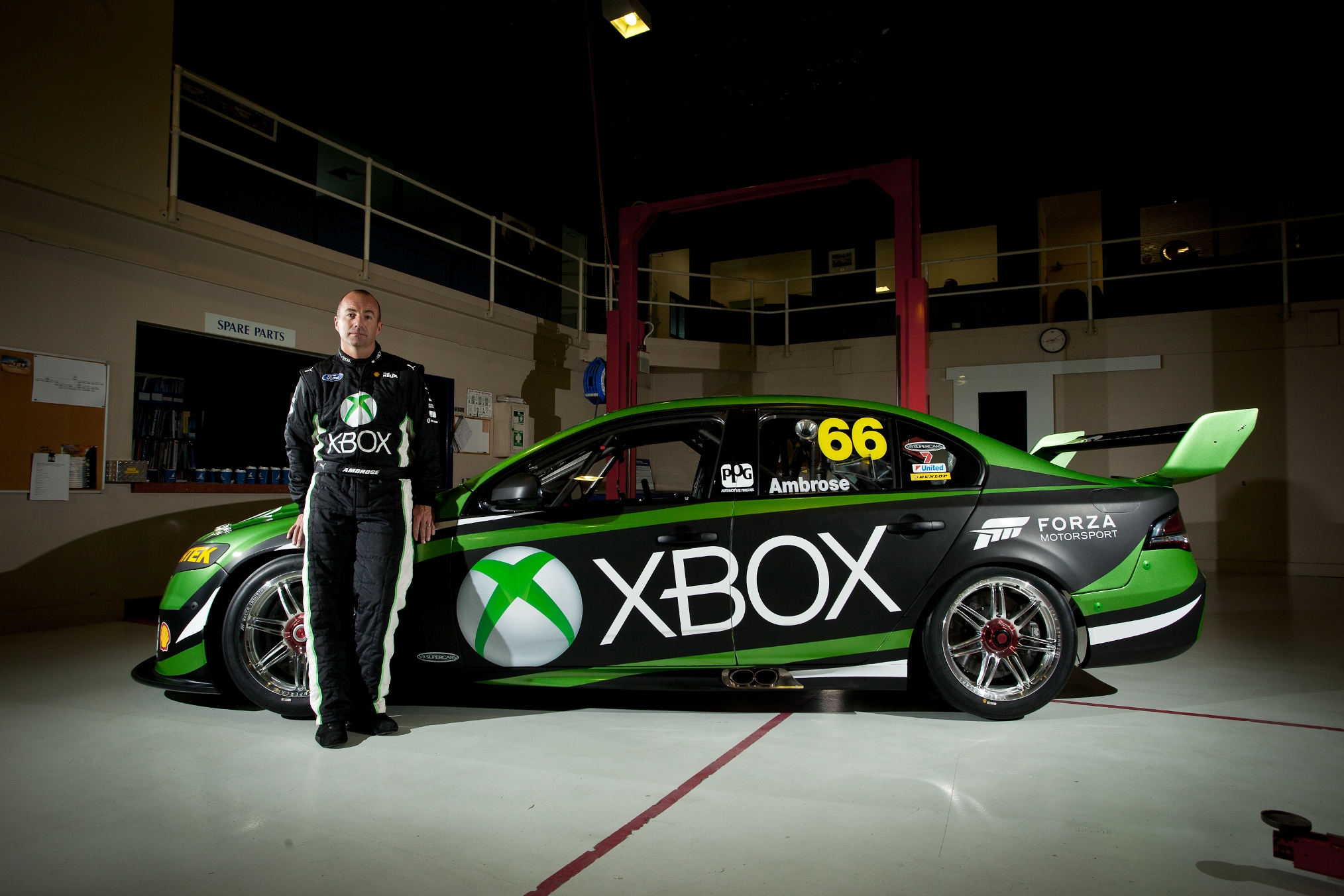 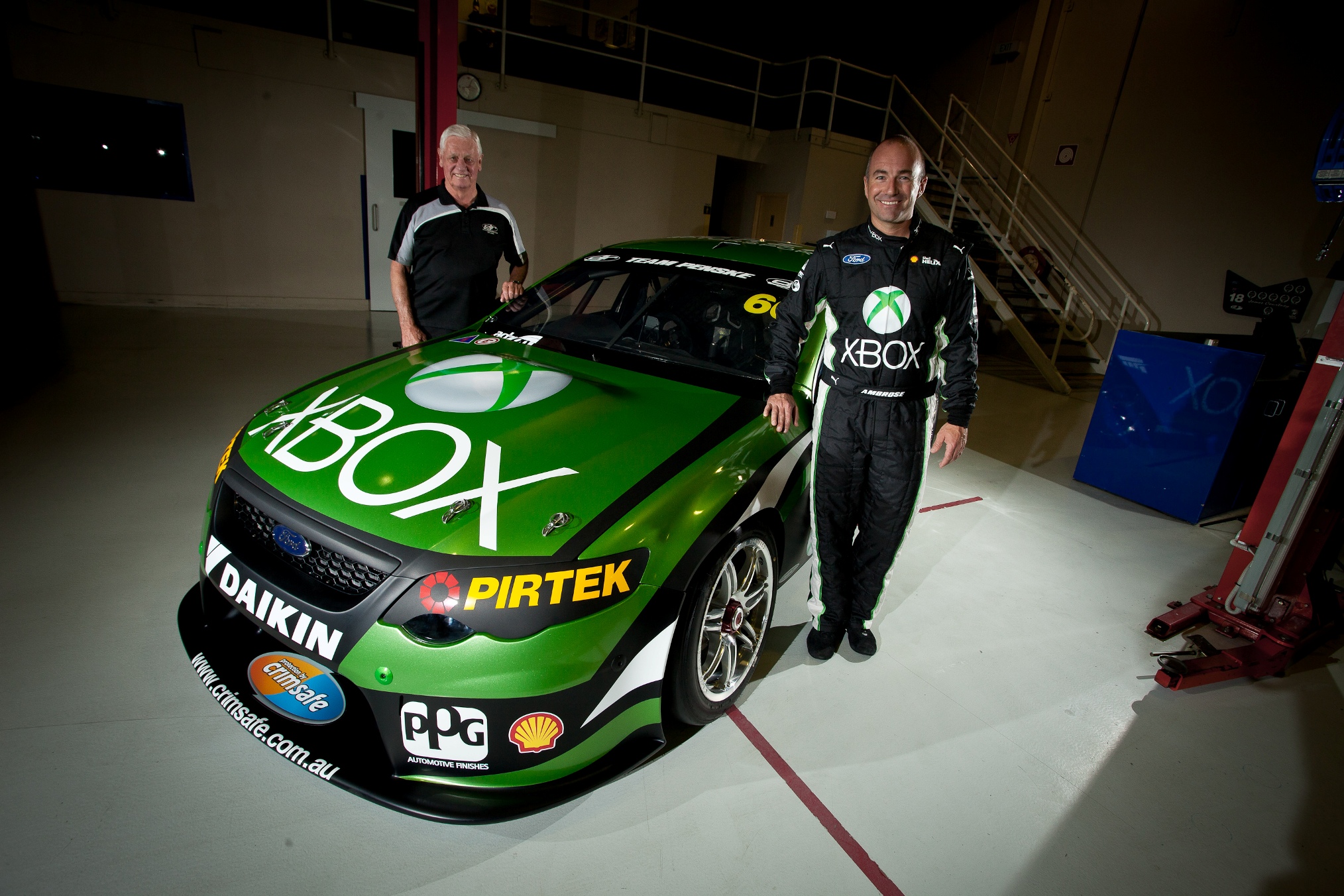 I love it but I might be biased since I’m making scale models of it for the team.

Is there more info about this and the FM5 connection somewhere?

Here’s a copy of the team’s official press release:

Two-time V8 Supercars champion and Australian racing legend Marcos Ambrose – who is returning to Australia after eight years in the US NASCAR circuit to race the Sydney NRMA 500 season finale – appeared at a launch event this morning at Lakeside Park in Brisbane to unveil the Xbox Racing Ford Falcon FG he will drive on December 5-7.

Through partnerships with the Bathurst 1000 and other major global racing events, long term association with Mark Skaife as a racing advisor, and a decade-long investment in the award-winning Forza Motorsport franchise, Xbox has a long history and commitment to racing and racing fans. The custom Xbox livery, revealed today at Lakeside on Ambrose’s car, was created by Forza Motorsport developer Turn 10 Studios using the livery creation tools available to players of the game. Beginning this weekend, racing and gaming fans alike now have the chance to trial a 2011 Ford Falcon FG, complete with Marcos Ambrose’s return livery, in-game. This will be sent to all Forza Motorsport 5 players.

“The whole package has come together perfectly,” commented Marcos Ambrose, who only arrived back in Australia from the final NASCAR race in the US a mere 48 hours before the launch. “I have been eager to get back in the V8 Supercar and I’m a gamer myself, so to head to Sydney with Xbox as our major partner is a fantastic outcome. Today is the first time the Xbox / DJR team have been together, so no doubt we will work really hard over the next week and arrive in Sydney ready to go.”

Jeremy Hinton, Business Group Lead for Interactive Entertainment at Microsoft Australia, said: “We know our fans are passionate about racing – especially V8 supercars. This is the latest step in our journey of contributing towards the racing world in a very real and tangible way, and follows our Bathurst 1000 wildcard entry last season. We also gave Xbox fans the first chance to drive a laser-scanned replica of the Bathurst track in Forza Motorsport 5 to celebrate the occasion, which we know they loved as it has been driven by over 2.6 million gamers worldwide to date. Coupled with our partnership with Foxtel – the broadcasting home of V8 racing in 2015 – we truly believe Xbox One is the home of racing in Australia.”

“Once we knew that Marcos could get back here to race and V8 Supercars confirmed the entry it was full steam ahead.” Team Principal and five time champion Dick Johnson said. “We will run three cars at Homebush so we were focussed heavily on securing a great partner to launch Ambrose’s return to the series. To have such a high profile brand as Xbox on the car in Sydney is the icing on the cake.”

About Xbox
For all the latest Xbox news and updates, further information and media assets, please visit the Xbox Wire (http://news.xbox.com/). For all the latest PAX news and information specifically for Xbox, stay tuned to the Xbox Australia Facebook page (Redirecting...) or Twitter account (https://twitter.com/XboxAustralia) or simply visit the PAX Australia website (http://aus.paxsite.com/)

How do you download this car. I have not received any game codes and there is no item in the game for it.

As per the recent Week In Review, this car will merely be a gift car with the new livery:

“To celebrate the Xbox Racing car, we’ll be giving out the Ford Falcon with the Xbox-themed livery to all Forza Motorsport 5 players on Friday (note that this car is a gifted version of the 2011 Ford #5 Ford Performance racing FG Falcon, not a new DLC car), directly after our #ForzaFriday livestream broadcast on our official Twitch channel. The show begins, as always, at 3 p.m. Pacific, and we’ll be gifting out the car once the show is over. Stay tuned for that, as well as additional updates on the Xbox Racing car and Ambrose’s return to V8s in the coming weeks.”