Hi is there anyway we can get a car back purchased with tokens (about £14 worth!) as my 8 yr old son has deleted the car by mistake!!! Thanks

I don’t know for sure as never used tokens to purchase a car, however suspect once the car is in your garage it’s pretty much the same as any other purchased car in there - irrespective of how you obtained it. So if it’s been sold back to the dealer, figure you should have got half it’s value back in credits.

What car are they charging £14 for anyway? Seems a tad extreme to me - not been on fm3 for a long time but should still have my copy knocking about somewhere. Let me know what you’ve lost and I’ll try to dig it out, sure we can figure something out.

Hiya thanks for your reply we had to buy about £14 worth of tokens to get the Bugatti Veyron! On looking at his cars he has pressed remove by mistake and it has now gone so he hasn’t sold it as such just removed it! Surely though if you have spent so many coins on a car it shouldn’t be that easy to just delete?? Especially for an 8 yr old boy! Not sure what do do to find it or if it is just tough! Thanks…

If I remember correctly, tokens were not introduced to the Forza franchise until Forza Motorsport 4. I know for sure that there was no “remove car” feature in Forza Motorsport 3, only “sell car.” Are you sure you’re playing Forza Motorsport 3? Regardless of what happened, the car is now gone for good unfortunately.

A Veyron??? You’re kidding, sorry it’s just a little ironic as the game gives you one when you reach a certain driver level - just checked on a google search to make sure I wasn’t imagining it & confirmed via this link 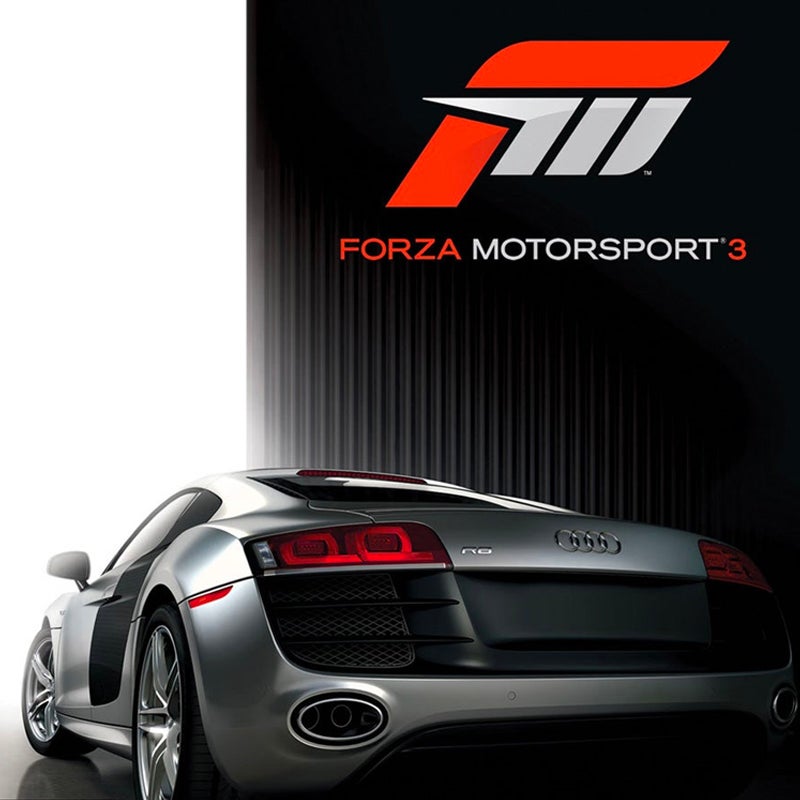 Hopefully that shows up but you can google forza 3 driver level rewards and it’ll be up there. I just wouldn’t want you spending any more real money on cars the game will eventually just give to you for free anyway.

That aside, send me a friend request and I’ll find my copy and gift one over, I had one even if I don’t have enough credits to buy another (can’t remember what I had credit wise or what they cost lol).

Don’t be offended if I remove you after I’ve gifted it, nothing personal just like to keep a few spaces free for when I need to help someone out or meet someone new.

EDIT: The chap before me is correct, just loaded up FM3 and can’t see any option to purchase with tokens on FM3, so sounds like you’re possibly posting in the wrong section. If it’s FM4 I still have that as well, so could still potentially help but if it’s something not on the 360 you’re out of luck from me as not got the XBone yet.

OP: Please confirm which Forza game you’re playing so we can help you better. Things vary considerably title to title.

OP, you’re mixed up somewhere because there’s no tokens in Forza Motorsport 3.

If the OP is playing Forza 4, Credits are a lot easier to get.
Credits can be used to buy another Bugatti

Sorry all, we are playing x box 1 and the game is Forza Horizon 2 - am I on the wrong forum here? Sorry I am a newbie and just doing this for my son!!

Sorry all, we are playing x box 1 and the game is Forza Horizon 2 - am I on the wrong forum here? Sorry I am a newbie and just doing this for my son!!

No problem. I went ahead and moved it to the correct forum section for you.

Sorry all, we are playing x box 1 and the game is Forza Horizon 2…

FH2 doesn’t have the ability to gift cars, so unfortunately none of us have any way to help you. Sorry man…

Any logical reason why it is gone forever?

Games simply do what the user tells them to do. If the user says “delete that car” (what the “remove car” feature is), then the game will do what was requested. The easiest fix for this is to not tell the game to do something you don’t want it to do.

My 6 year old deleted his McLaren P1 this morning (by mistake) which he has spent weeks accumulating XP points to get. He is distraught. Any logical reason why it is gone forever?

Spending so much real world on an in-game car you can unlock with easy game play seems like a waste to me, but oh well.

There are several reasons you “remove cars” and don’t sell them back now - for one, money is super easy to come buy and they figure it wasn’t a feature people were using. If the car is in your garage and you bought it, you clearly want it and it does not hurt having it in your garage. Second, selling cars back to the game is a good way for people to earn money or legitimate credits through cheating, one example of which is modifying the sell back value. Having an option to “remove car” avoids all the past issues of previous titles and does not affect game play poorly in any sense.

For both posters above who said they have children who accidentally deleted cars, all I can suggest is that you not let them play the game on your account if they are not responsible or mature enough to handle the system. If you spent real money on tokens and the likes and you like your game the way it is, don’t let them touch it. You wouldn’t put them behind the wheel of your real car would you? Especially with the new way Gold works on the Xbox One, it costs nothing for you to make them their own gamertag where they can enjoy the game and do as they please without it affecting you poorly.

@intecofreds: Natural consequences? Slow down, don’t mash buttons, and read what they do before pressing them if unsure? he logical reason for it being gone forever is because he chose the option to remove it forever. The reason why that feature is implemented you have already read. Yeah, it sucks, but that’s how it is, sorry. Play some more, do some rivals, and try racing as many bounty head to heads as you can. 10 Bounty Head to Head races will net you anywhere from 650 - 800 thousand credits.

Thanks for your replies it seems the car has gone forever! I don’t think it is right to compare my 8 yr old son driving a car on Forza to driving a real car??? No I am not that stupid and also I cannot stand over him 24/7 while he is playing the game! I just think it a little silly that it would allow you to delete something that you have paid a lot of money for that is all…thanks all who have responded

Thanks for your replies it seems the car has gone forever! I don’t think it is right to compare my 8 yr old son driving a car on Forza to driving a real car??? No I am not that stupid and also I cannot stand over him 24/7 while he is playing the game! I just think it a little silly that it would allow you to delete something that you have paid a lot of money for that is all…thanks all who have responded

Why is it silly? The game lets you delete any car in your garage and does not differentiate on how it was obtained. I simply said it’s a bit silly that you let your 8 year old play on your account if you spend extra (real world) money on purchasing cars when it’s super easy to create his own account for him where you are not affected by what he does.

Sorry you lost your car. If I could, I wouldn’t have an issue sending you one - but sadly, I cannot. As I said above, race the head to head cars with the yellow CR above them. They tend to net me anywhere from 65 to 80 thousand credits. With around 15 quick races you can easily get a million.

When you’re looking at your cars in the pause menu and click on a car the first option is, “Remove car.” I completely understand that if you double pump the a button it’s gone. I always thought, view should be the first option so an accidental tap at worst lags you into the view screen. I understand…I have a seven year old that games and he lost two days of progress on a different game when he accidentally wrote over a save file right after Christmas. The pain of loss is very real to the child for those of you who don’t remember being a kid.

Warn him when viewing the car collection to be very sure of what buttons his fingers are on and to start driving to earn that car. Also get in the rewards program, there’s a new set coming soon and you may still be able to get the January reward since the February one hasn’t dropped yet. He should be able to get the Veyron again with credits pretty quickly if he sticks to it.