Hot Wheels continues to be a theme in our December #Forzathon lineup. In addition to our ongoing “Hot Wheels Anniversary Special” event (which awards the Hot Wheels 2000’s Driver Gear), we’ve got some great new events starting today. Here’s a look at some of the events; look for more by hitting that #Forzathon tile in the game. 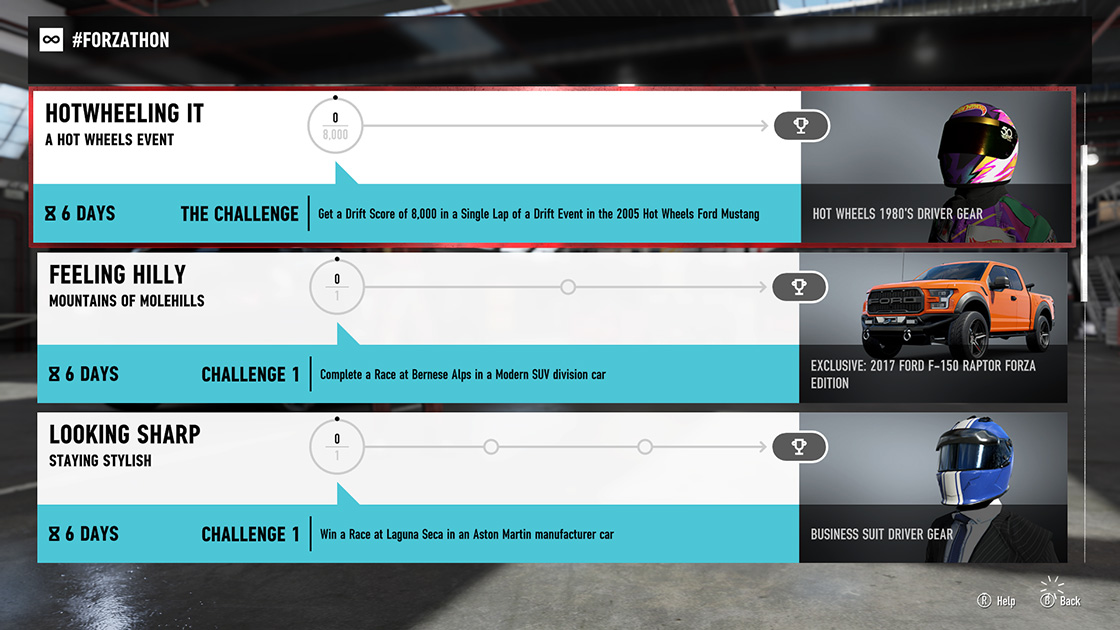 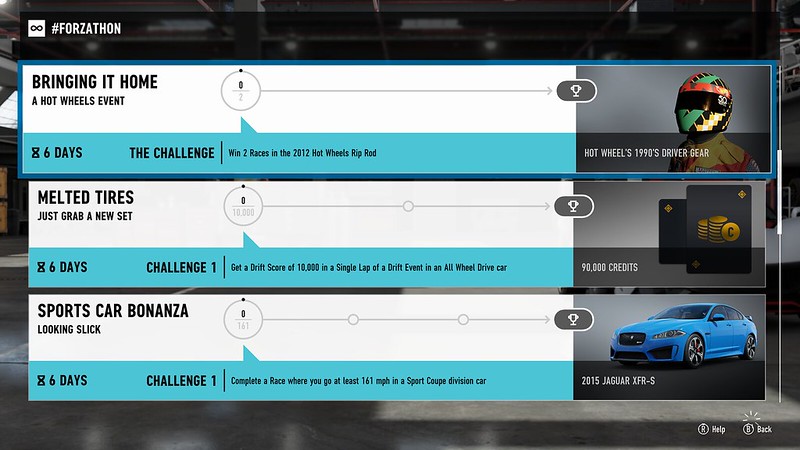 In the Italian version, the game ask to complete 5 laps at Rio National Circuit but no mention at the Reverse version…so, obviously, it not works.
Another bad translation.

I am missing these events also. Maybe a missing update?

Yea I was wondering the same thing, but since these Forzathon events last the whole month, I’m assuming they will be added at some point. I hate leaving things incomplete also. I don’t like when I’m showing new events in Rivals for things that haven’t been added yet. I wish it wouldn’t say new events if there are no new events yet.

Probably coming with the next update.

The Rivals → Featured Events → Corkskrew Control showed up for me. Check again to see if it shows up now. The VIP - Ta Ta For Now is also missing for me.

The Corkscrew is at the right hand end of the VIP events. The Ta Ta For Now is missing.

The Corkscrew is at the right hand end of the VIP events. The Ta Ta For Now is missing.

I have same problem, no events at all… so no forzatlon

same thing for me guess I just gotta be patient with there crazy things that sometime happens.

If you have the Formula Drift cars, try using those. They are fairly stable and can improve your drifting. Also, unless there is a track specific requirement for a Forzathon, try drifting on Maple Valley Reverse. It has the long sweeping turn than can build several thousand drift points.
Hope this helps.

… and some of us just refuse to even try.
Drifting… the “Olympic Water Ballet” of motorsports.
naw… you can keep those forzathon events, thanks for the offer though.

It’s everyone problem. But I think it will be fixed soon.

It’s everyone problem. But I think it will be fixed soon.