Hey everyone normally I post for a Canada day car a lot closer to July 1st, but being as this year our wonderful country turns 150 years young I am posting this now. I am calling on all the great Canadian painters to do a Canada themed car. But I am not limiting it to Canadian’s anyone that has visited our country, has an appreciation For Canada for what ever reason, or has friends or family living in Canada and just want to show a little love.

Last year when I put out a call for Canada day cars I think I put off a lot of ppl with too many restrictions, also as was pointed out to me as referring to it as a contest, this is not a contest just a way for ppl to show some love for Canada. so no restrictions of Canadian sponsors or Canadian built cars, Just that the theme is Canadian

This will be the 4th year I have put out a Canada day car, So ya I am a fiercely proud Canadian and I want to Celebrate our 150th birthday all year.

Let me know what you guys and gals think of my idea here.
Phred Zeppelin.

I think it’s a great idea, phred- as another from the Great White North, I’m in.

Ok I figure I will get this Started.
Here is a 1967 Lambo I did it in two colours White and red, and a second car white, blue and red. still need to take pics of the second one, but for now here is the white and red lambo. 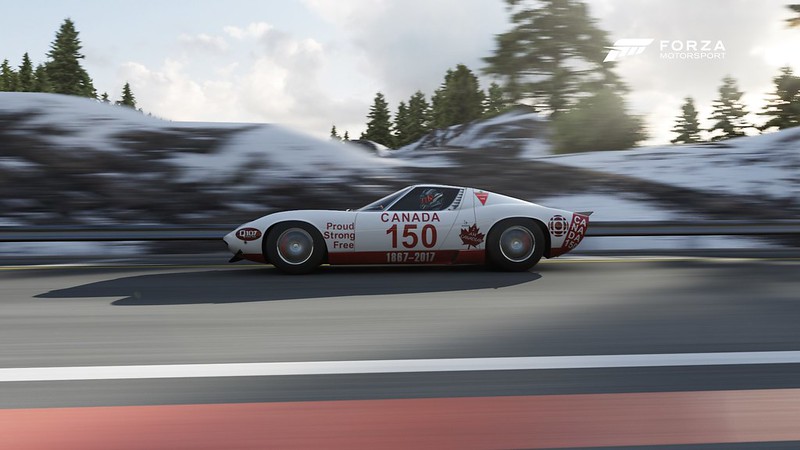 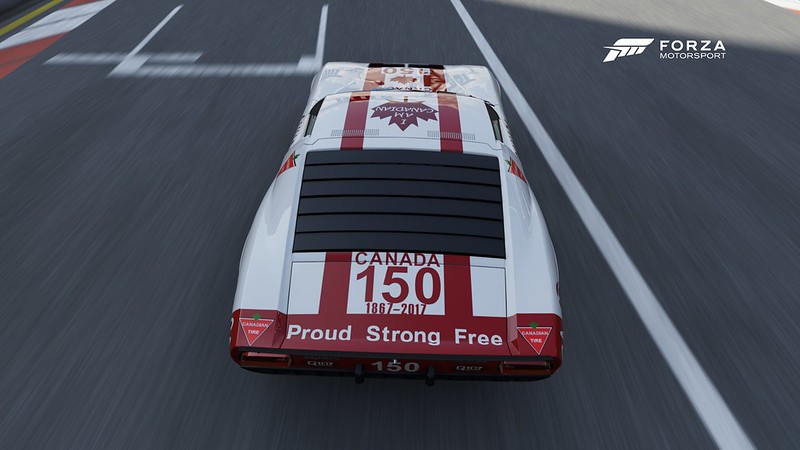 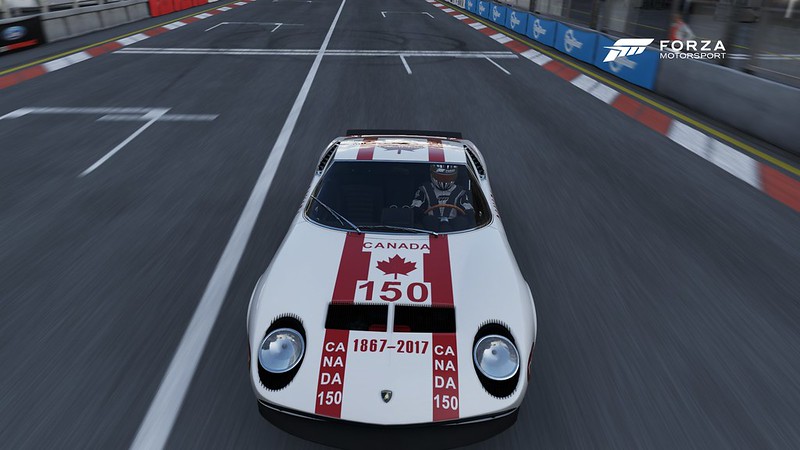 i will post pics of the car in the blue colours later. just could not decide which way I like it better.
hope ya’s like it

here’s what I’m working on- newer car, planning on completely covering it with vintage plates. 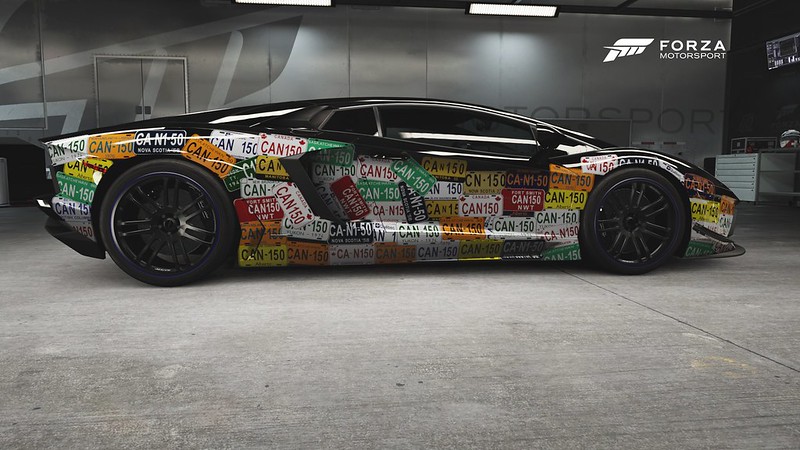 would have used modern plates, but would have run out of layers way too quickly (also part of why I used standard fonts instead of recreating more accurate looking letters).

Hey SeveredTester16, thanks just kinda threw that together.

your car is sweet, never would have thought of old plates, Can’t wait to see the finished car. That is the exact reason I asked for other to join in, so many cool painters here. I am really looking forward to see what others bring to the table, or rather paint booth as the case maybe

thanks- I’m going to have trouble in places making the plates wrap from side to top properly, but that’s part of the fun lol.

And I was going to use random numbers & letters, and decided that would be too much work, so I went with the CAN-150 and variations based on the plate formats…

It’s also a lot harder to put stuff randomly on a car than one would expect it to be.

finished it
my fears came true, as I ran out of layers. Had to go with several extra-large plates on the top to use up space. 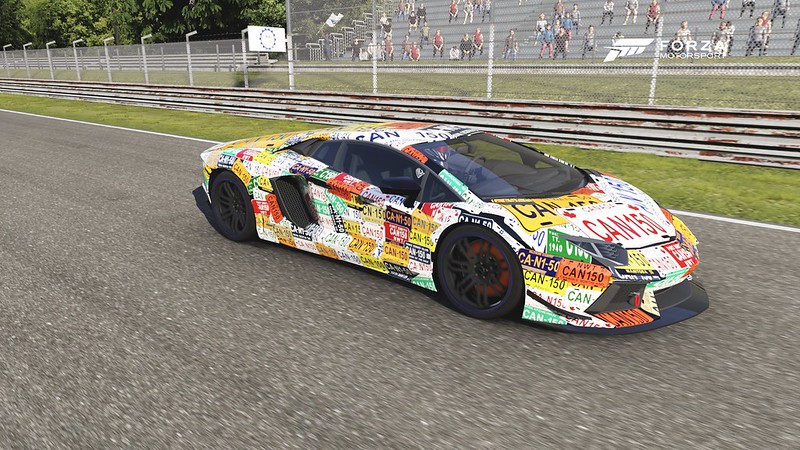 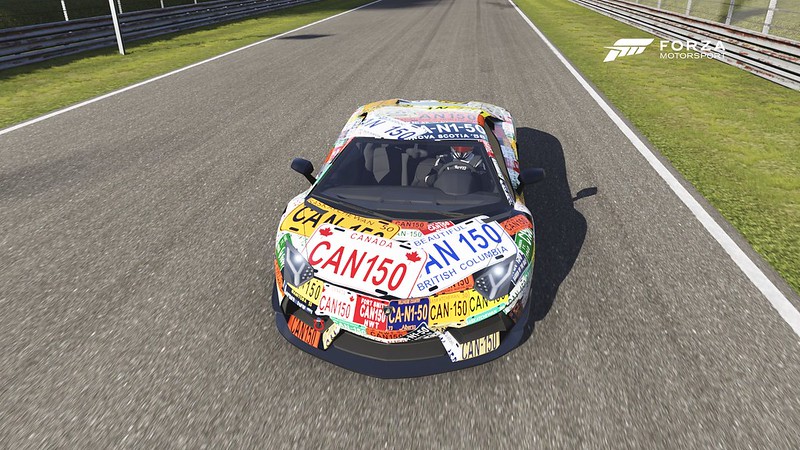 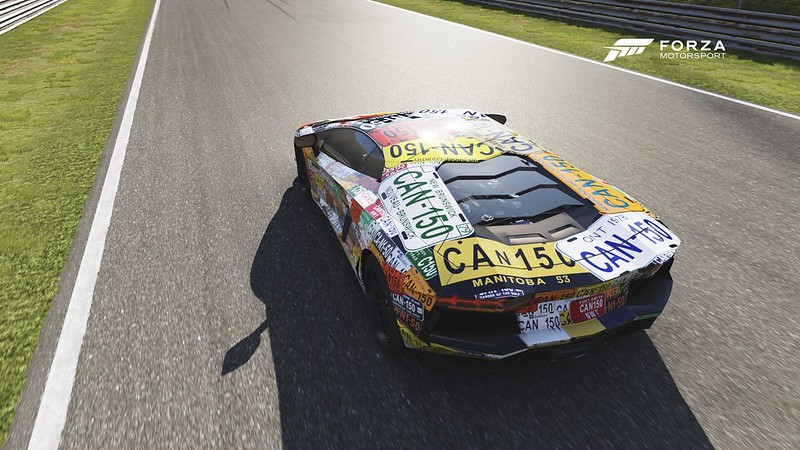 nice Job I like it. Went to your flickr account man you have some nice paint jobs in there too, did not go through all of it, but I really liked the Lancia Sweet. and you now a follower on flickr lol 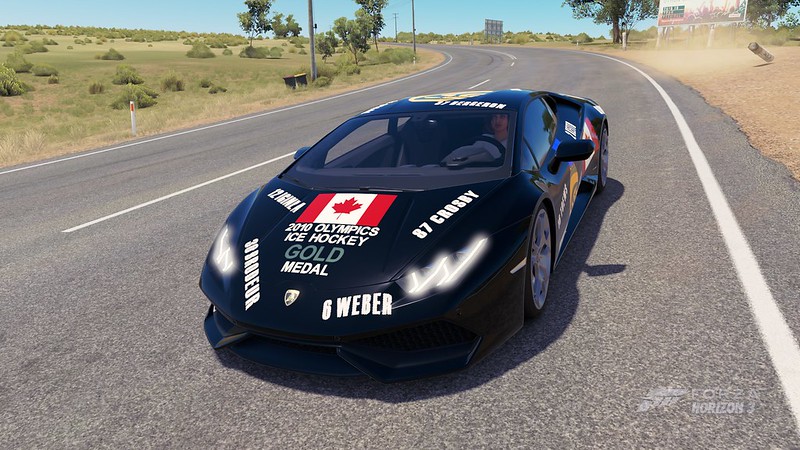 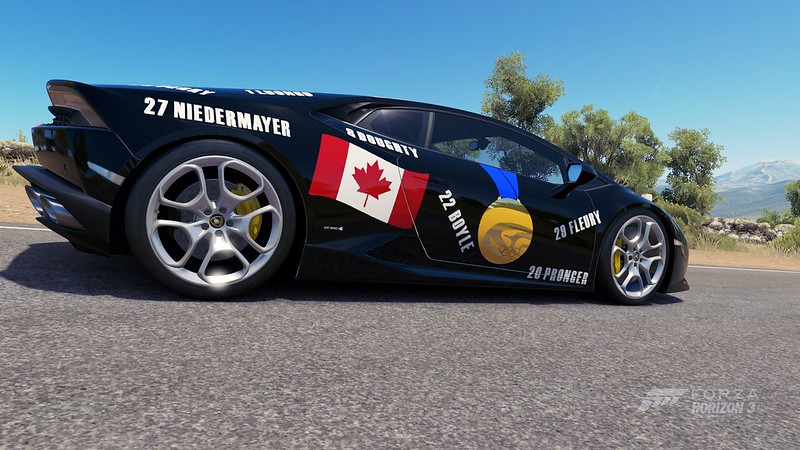 Cool nice work there mate. I am working on a 2017 ford focus with the great white north theme. planned on feb 1st release but think it may be delayed a bit.

My contribution to Canada’s 150th anniversary is a replica of the #96 NASCAR Cup car that Canadian D.J. Kennington will attempt to make the Daytona 500 with. 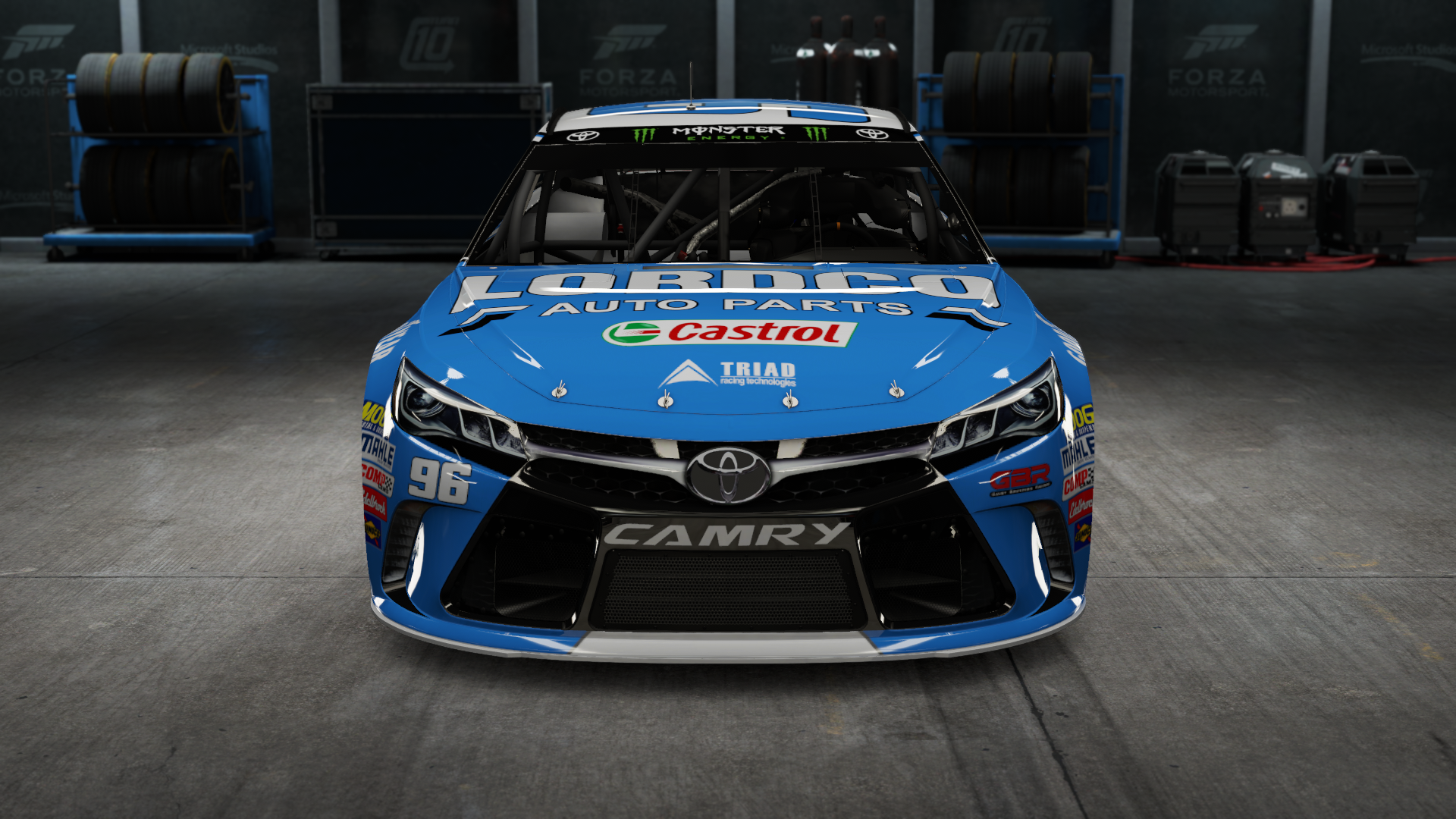 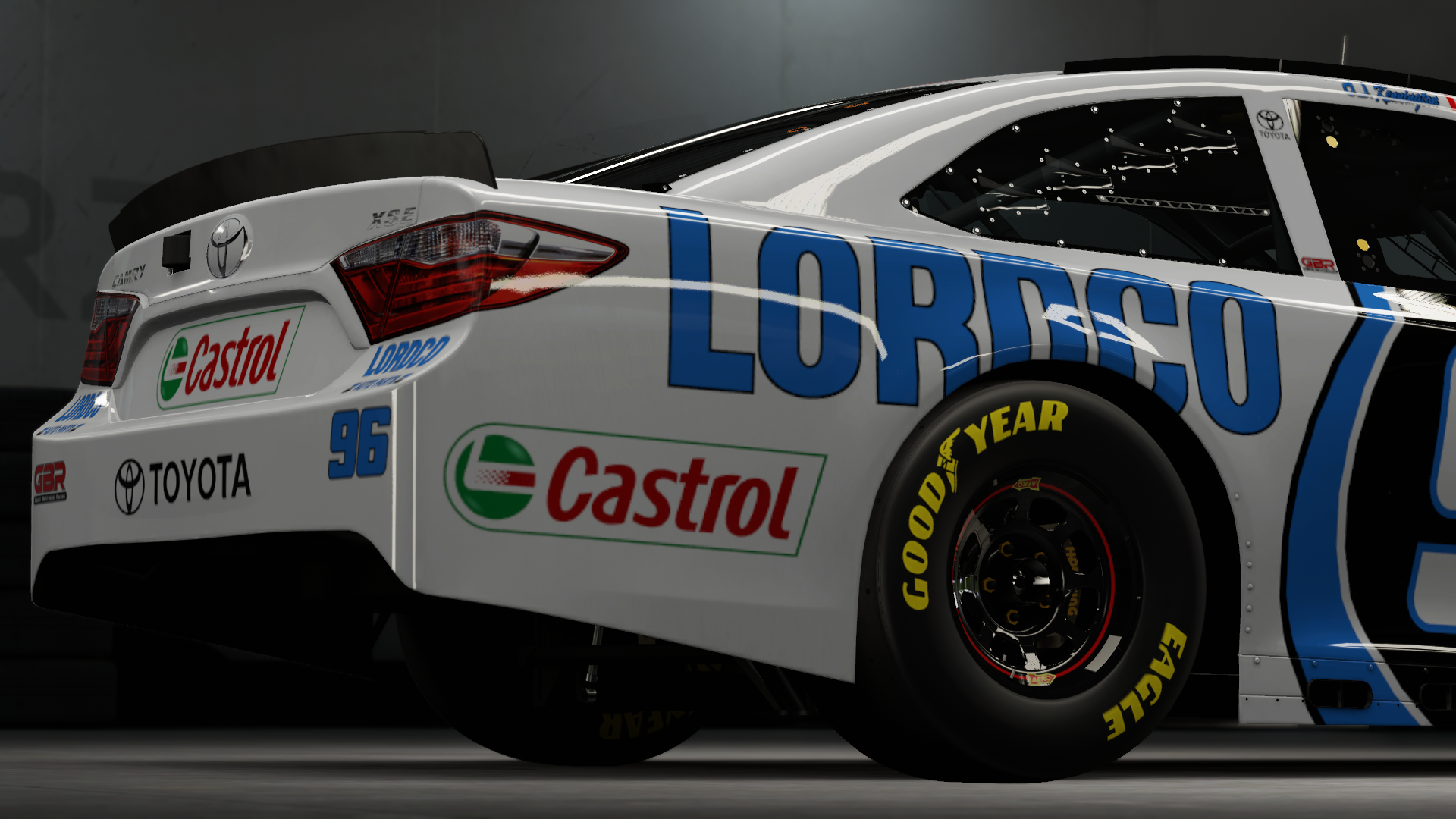 Nice work ST. See that is the kind of Canadian connection I would not necessarily make, so good job and thanks for participating.

Now an apology from me. I have not been keeping up with this thread the way I should be, I really want this to be good thread for the year. I mean took 9 days to reply to the swede. that’s not good . so here is , hmm not sure if this is an excuse or a reason but hopefully a reason. Some time about mid January I decided enough was enough and I had to quit smoking, so for the last week or 2 of Jan. I was timing and limiting my smokes everyday, then on the 6th of Feb I quit, so proud to say here and now I have not had a smoke in 20 days. In my books that’s a win!!!
So I now have way to much nervous energy to sit very long in the paint booth, I always chain smoke when painting. but most of the smokes did not get smoked lol. I guess all this nervous energy is to be expected when quitting an almost 40 year habit. I mean even typing out this message so far I have got up and paced to the kitchen and back 3 times.

Anyway long and short is I am going to try harder to get back to painting. I have a car I started last week of Jan I want to post this month no where near done lol, but gonna try to finish it up next cpl days…

nice work on breaking the habit, phred- also nice to read that you’re another old guy like me lol.

Thanks been a rough road, but better to quit now while semi hibernating in Feb. then trying in the summer and going to all the BBQ’s.

also nice to read that you’re another old guy like me lol.

I am pretty sure there is a lot more of us older guys in the paint booth then we know, or they let on. lol.
Also I would have thought my GT would have been a pretty good clue, to my age.

I am pretty sure there is a lot more of us older guys in the paint booth then we know, or they let on. lol.

I’d hazard a guess you’re spot on there chief. Funny to see the kids faces at work when I tell them what I do in my spare time - I’ll be 60 in August this year.

Give me a week or two…

Ya I get the same reaction form the kids too. but I like the reaction I get from my friends that are my age. it’s like their eyes glaze over and they say “oh that’s nice, and look you colour inside the lines and everything” lol

Looking forward to seeing your design Bob. and thank for participating.

Well, here she is

I tried to incorporate a few ideas into the design - which turned out to be a really fun project… certainly one that I’ll be looking forward to doing year after year. Thanks!

Does anyone have any new ‘Canada 150’-themed designs? July 1st is almost here!!!

haven’t had much desire to work on paints lately, but rewatching The Tragically Hip’s farewell concert the other night got me to do this one. 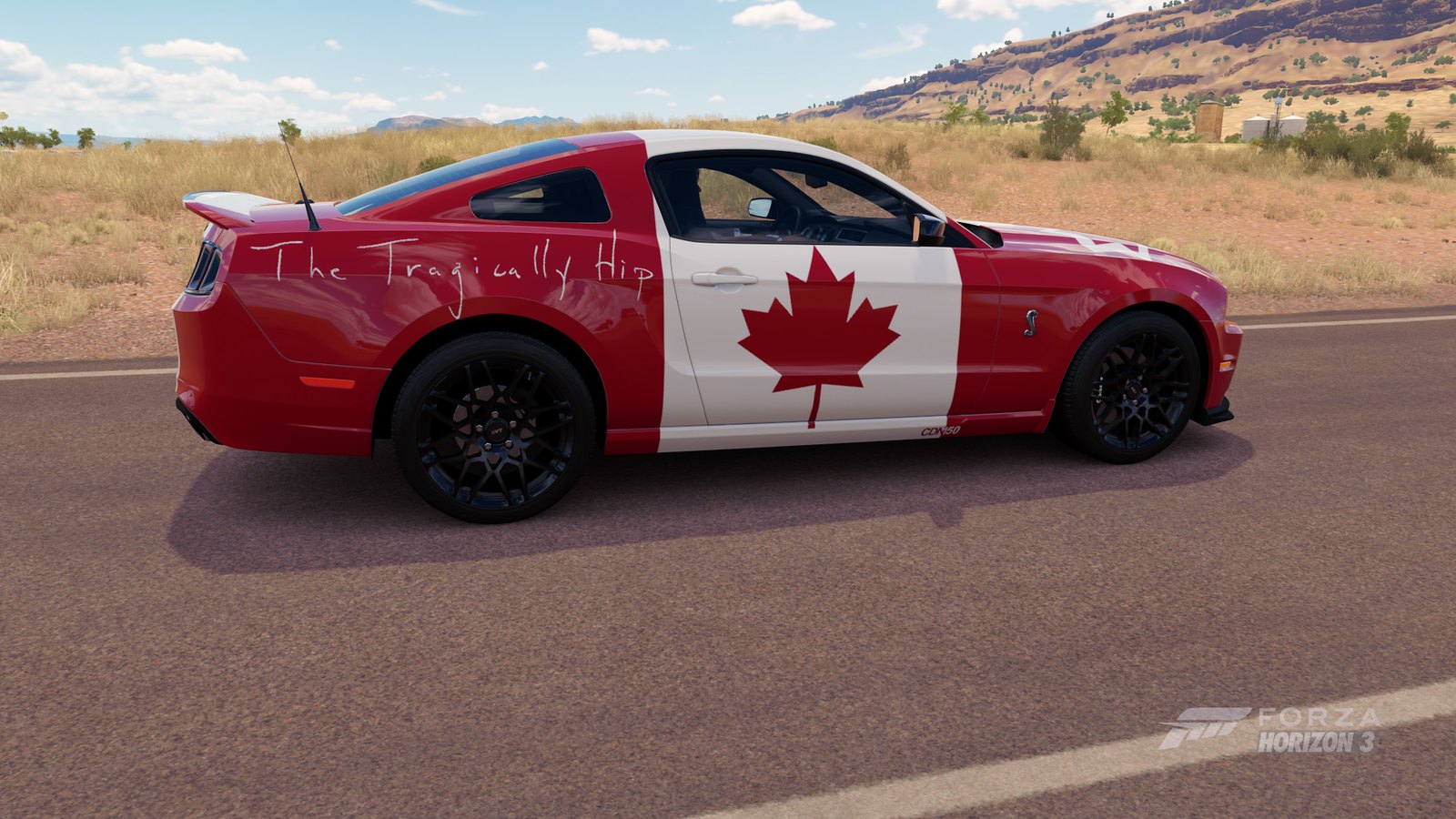 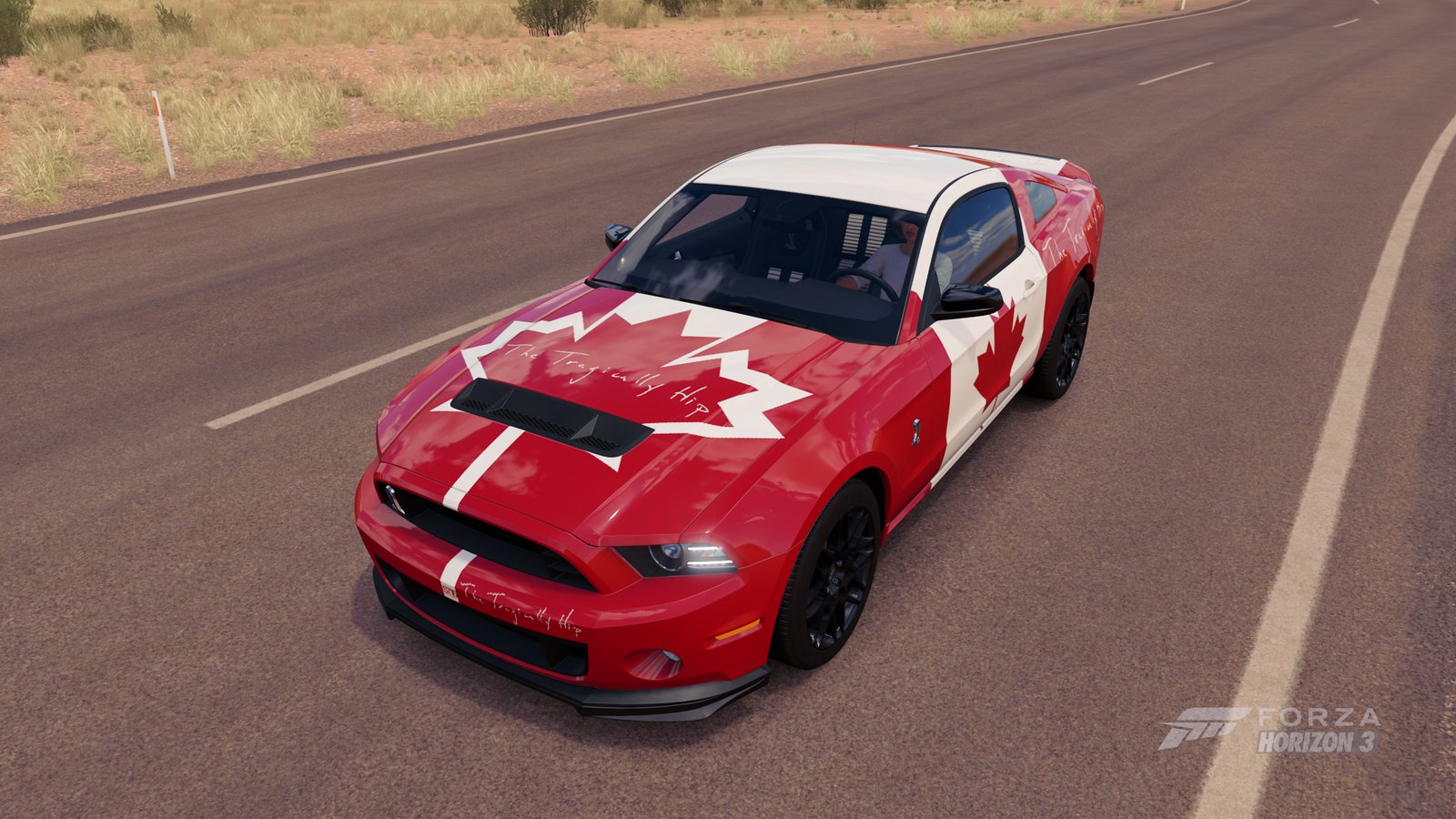