Bang for your buck? What car do you think is the best VALUE?

So many serious topics in forum this weekend, and because is a freezing cold one at that, I have been having a bit of fun with my favorite cars and revisiting ones that I really liked, but just for some reason haven’t driven lately.

So what I am wondering, what non DLC autoshow car do you consider to really be a top notch purchase? So not counting auction house potential prices or other stuff, or the barn finds, just that pure credits buy and original owner car?

For me the car that once again got me thinking about it is the Nissan R390. It is pricier than what one might consider good value, but oh man, the car you get for it. For 730k, you get a “retro super car” mid engine, rwd v6 with the PI of 877. Very excellent overall value from the box and enough PI that you can really tweak to your tastes without entering S2. For S2, you can do even more without throwing off the stability of it. I can drive it anywhere and it handles just as good or in some cases better than their modern counterparts, track toys and can keep up to equal PI hypercars that have a considerably higher price tag. And for being over 20 years old? It looks pretty mean as well.

Oh, and it also is a legendary car. So you get a full skill tree that also has a very nice bonus in it.

So there we go. My best value vehicle. because it isn’t a mainstream or well known legend, it also is something you don’t see driving around despite imo, pretty dang good looks plus livery makers have little competition. You will also have something unique for forzathons that is also potentially one of the best cars there if you full X tune it. 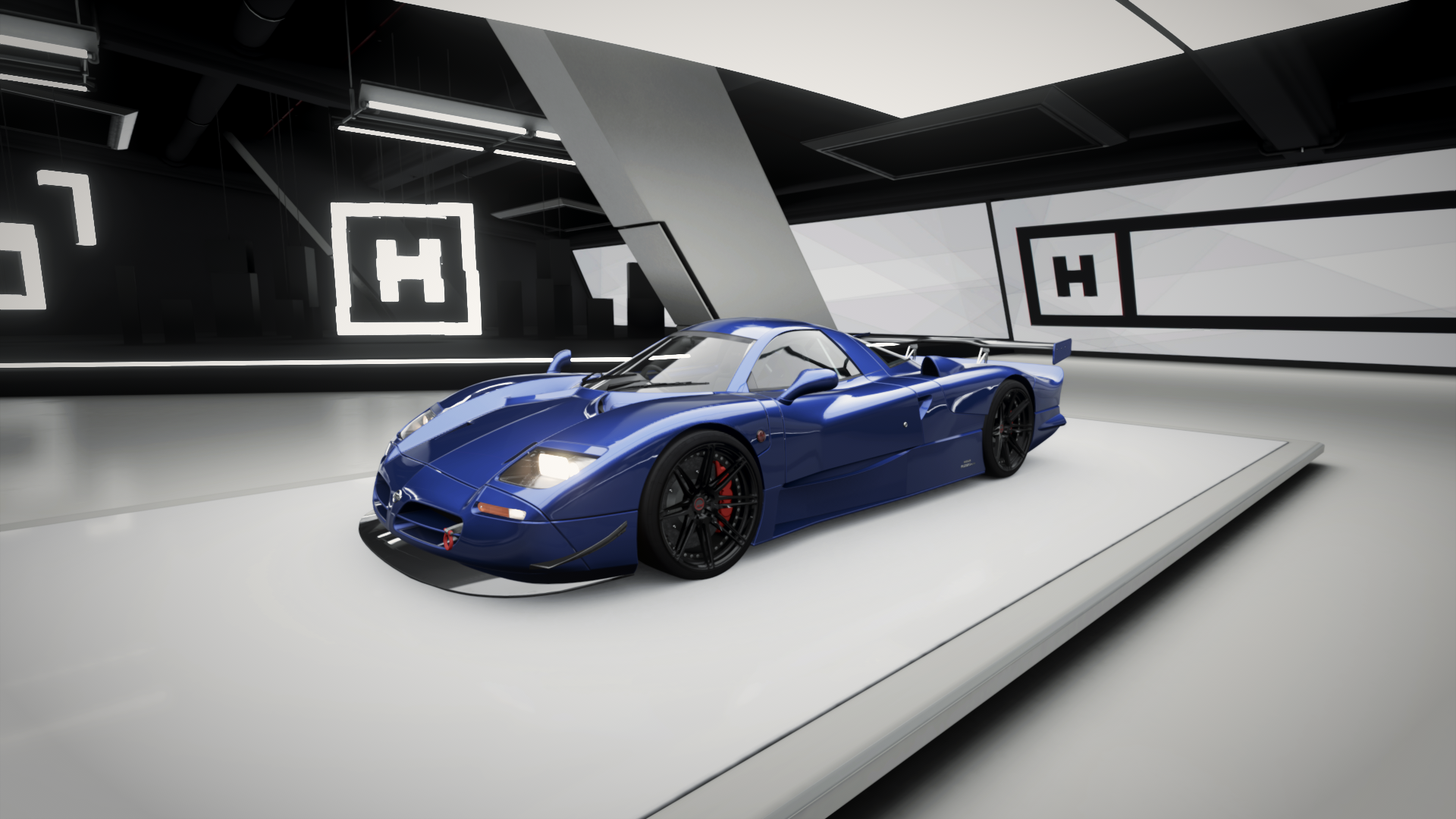 One thing you forgot is that this is the only car to get a safe way to obtain the Nissan GTLM FE and it’s pretty fast for a 730k car and with some skill points.

One thing you forgot is that this is the only car to and it’s pretty fast for a 730k car and with some skill points.

Shhh… Spoilers… I said it had a nice bonus to it

So there we go. My best value vehicle. because it isn’t a mainstream or well known legend, it also is something you don’t see driving around despite imo, pretty dang good looks plus livery makers have little competition. You will also have something unique for forzathons that is also potentially one of the best cars there if you full X tune it.

I guess everyone who played Gran Turismo 2/3 knows it in its blue/white Calsonic GT1 body ;). A great contender aside the red Toyota GT One. And I have to agree, the R390 is a masterpiece.

I see you have taste good sir.

I look at your R390 and Raise you a Porsche Carrera GT!

$400,000 (unless im mistaken it) for an epic class car with a screaming epic sounding atmospheric V10, a S1 866 rating meaning you have space to max it at S1 or can even reach some top S2. I don’t see them too often, hovewer more than any R390 and will also race in Retro Supercar championship.

As far as S1 go at least, its hard to ignore this magnificent car that is the Carrera GT.

All in my opinion, of course. Im also partial to the Mercedes (Mclaren?) SLR, but as far as value go, its ought to be the Carrera, for me that is.

An excellent car in looks & performance.

Sadly most just get it, earn its perks till the Nismo GTR & then throw it away. I got mine from auction for really cheap, & the perks specific to the GTR Nismo were all taken (not bad for me because I already won the Nismo from an online rank award few days prior, I was only after the 390 because of how it looks). Thrown away just for another, but it’s that person’s & others lost. He didn’t know he could have had two amazing cars instead of just one.

Now that i think about it, the 2016 Aston Martin Vantage GT12 in S1 tuned up with an AWD switch from RWD is probably the best for me. Amazing S1 Class car with really great stats & 800+ HP. Excellent car for everything in any weather & my main S1 car that catches me podiums.

When upgraded it controls good while being fast, looks great, great default paint job & will only cost you 400,000 credits.

Def worth it for a great all around car that can keep up with best of them in its league.

I’ve always been partial to tuners, so my pick is the Fairlady Z. Really you could go with either the 60s or the 2000s model, but the 2000s model is one of the most affordable cars in the game. You can get it for as low as 4000 off the auction house. It has upgrade options a plenty and drives well in every class it can up to S1. Honestly, even in S2 it’s pretty good, it just maxes out in the 950s and can’t compete with the true super cars.

It’s also one of the few cars that actually looks good with the forza wing.

I’m posting again in this thread to change my answer the Porshe Cayman GT4. I got one off of the auction house for 12000 AFTER a bidding war (you can find it as low as 9000). It was my 3rd, after building an S1 900 AWD Rally build and an S1 900 RWD Street build. Both drove wonderfully, and I was originally going to go for an S1 AWD Street build, but it was tough to keep it in S1 with AWD and race tires, so I jokingly (at first) just started adding parts and upgrades willy nilly. It went up to S2 997, and on a stock engine (with turbos added of course)! After some slight tuning, it is very competitive with any hypercar, extreme track toy, or other high S2 build.

The one you have the most fun driving.
Since the game has many different racing/driving styles/classes there really is no one car fix for a question like yours.
If I had to choose just one car I’d most likely pick any of the Chevy Novas, especially the Super Sports for the engine growl alone

For the more exotic look, I love the Bugatti Chiron.
Can’t stand those cars that sound like broken coffee grinders.

Dont think those fall into the autoshow category :-p