I’ve done the drift score above 200,000 in the 2006 formula drift #43 Dodge Viper srt10 at los campos drift zone and yet it hasn’t given me the accolade which is super frustrating when it took me about 10-15 tries to work the car out and get a good line… can post a pic of score as proof to verify

Can confirm, I got 200,553 with the right car and didn’t get it. Pretty annoying cause it took me a lot of tries… 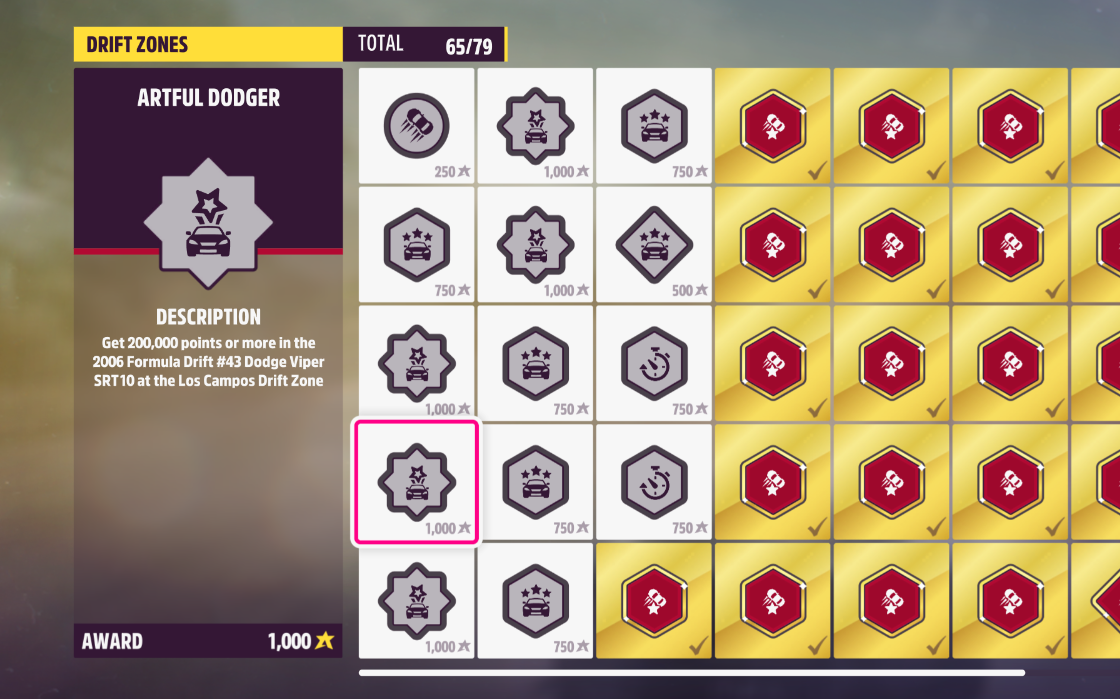 I’m having the same issue, got 216k, no accolade. I’m also getting this on accolade for the deberti chevy silverado drift zone, ‘drift it, flick it, spin it’

I have the same with the drift truck. The accolade says incomplete but in the map that zone says all accolades are done. Double checked that I was at the right zone several times.

not sure if this work but worth a try. what i did when i had same issue was going into “solo” and if that didnt work i rebooted my game. if none of that work i got no glue

I am having the same issue as the people above.

Read the PLEASE READ thread above - Artful Dodger is a Known Issue along with other Accolades. If you encounter other issues not listed, submit a ticket and report back that you have done so as instructed by the thread.