strange that have added rewards listing under it with update 10 rather than remove the tile , was assuming it could still be done unranked new school leavers work at its best lol

I wasnt aware off that

That is correct. The Anything Goes Ranked game mode was removed when they added Free For All Ranked Racing as a game mode. It is indeed odd that they still have Anything Goes on the Grandmaster Leaderboard as an option to select, so I was under the impression that they were still keeping those functions in the game because they were maybe planning on bringing it back. It does still track in the horizon life stats of people that had played that game mode when it was still around. When they removed the Anything Goes league, they instantly gifted all the rewards that could be obtained by leveling up that Horizon Life aspect to everyone in the game (quick chat phrases, etc.) 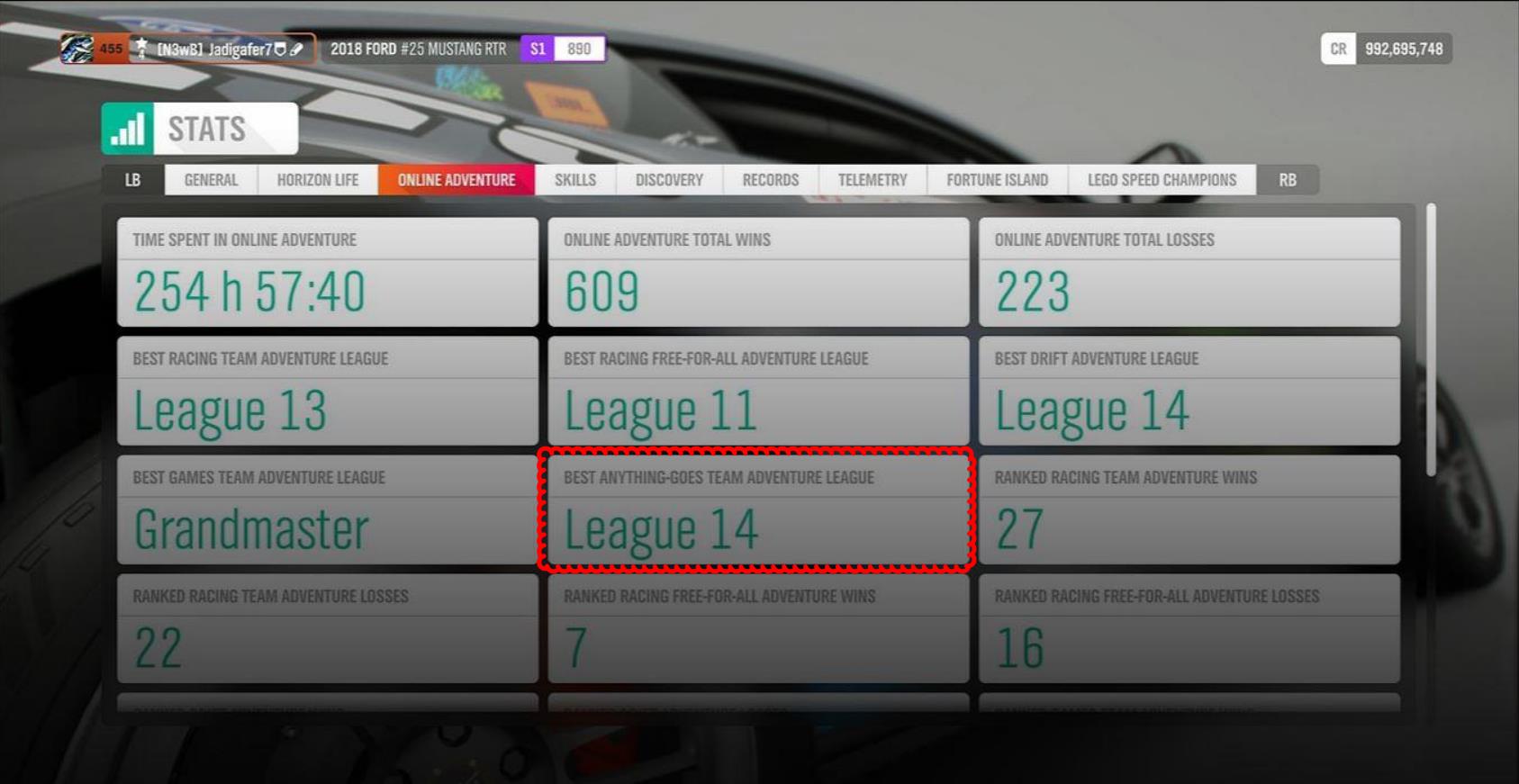