Any way to mix paint types on vinyl wraps?

So, let me explain what I’m trying to do: I’m recreating an old design I made on NFS 16 (shown below), but to do so more accurately, as you may notice, I need both matte and chrome (or polished metal) decals, the chrome being used for the artificial damage. Now, I tried the previous color “trick”, and it didn’t work, the decal just became matte white. Is there any way to do this? I’m willing the omit some features from the original design, like the separately colored rims, but I seriously don’t want to leave out the component that gives the design the most character (unless it is actually impossible), and certainly wouldn’t want to sully it by just using matte grey in replacement.

Any help would be greatly appreciated. 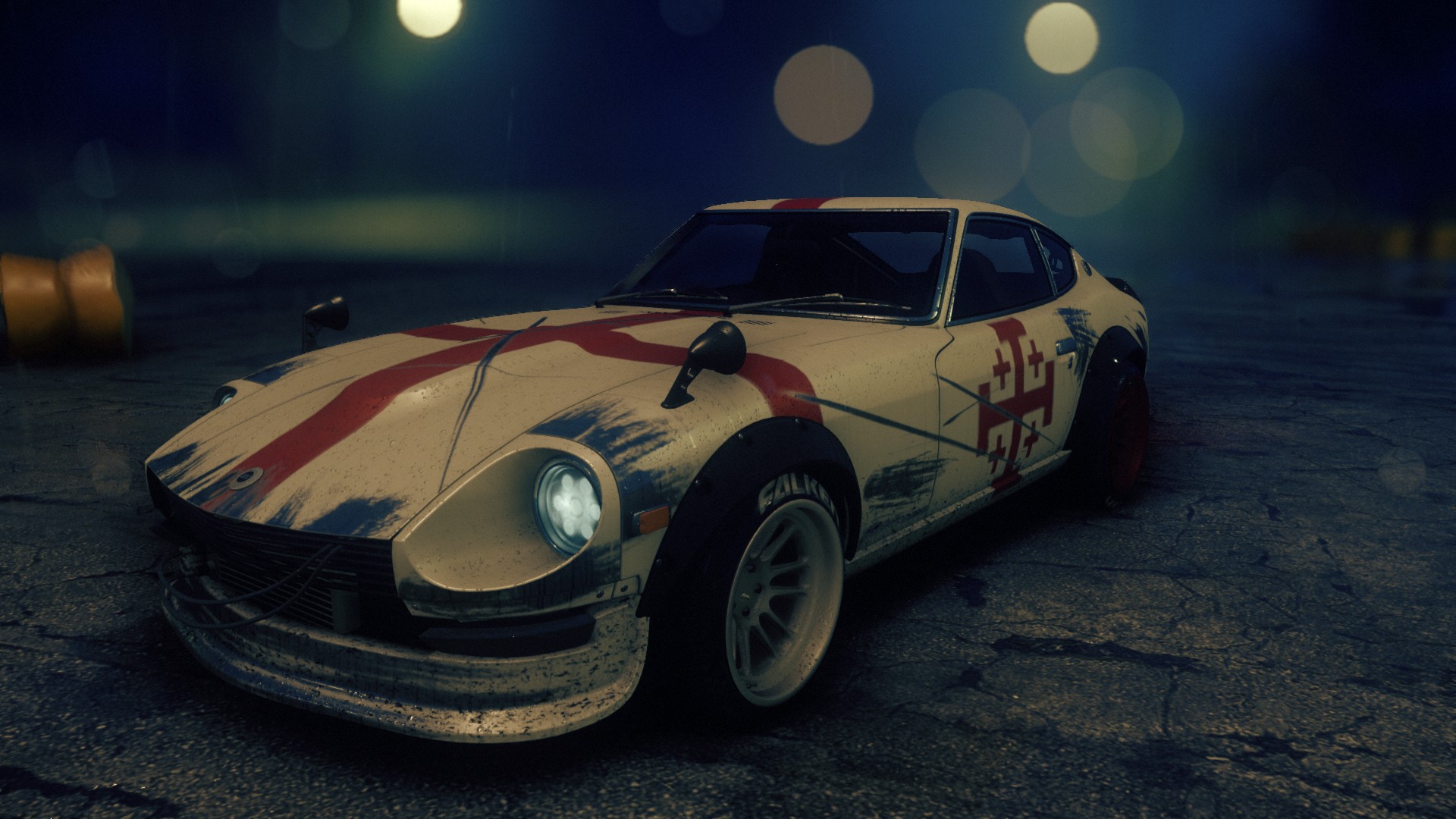 The only way is to use negative space, i.e. use chrome or a metal paint job and then put vinyls over it to “paint” the car leaving out the bits you want as exposed metal. Note that a number of the metals come in a variety of shininess - e.g. steel and aluminium/aluminum.

Sorry, I should have made that clearer. Picking an appropriate metal shininess gives you some options to get the finish you require. Experimentation is always educational.

Alright then, looks like the artificial damage will not be making an appearance in this version, but I still thank you guys for information!

i tried with the some wrap sticker but i doesn’t life that what it looks like.

Yep. As Rallyz and Wildcat noted, the most effective way to get closest to the effect you’re looking for is vinyl negatives. It’s annoying a lot of times because not only do you have to make a negative of the decal you want to have the certain effect, you also have to accept what other changes will come along with whatever you have the car’s base coat as. Not to mention the extra tedium of eliminating crossover of the negative outlines for the applicable decals.

Idk how, in this day and age, we don’t have the option to change vinyl texture styles. But, it is what it is, I guess.

Replying here is my version of upvoting this topic.
It’s almost unbelievable how many things we wanted of FH4 still didn’t make it to 5!
This is a biggy to me. I had to chrome my Aston Martin DB5 and ‘paint’ it with vinyls just so I could put a chrome ‘GB’ on the back and a couple of other small ‘badges’ that use chrome.
This came at the expense of pearlescent paint. The car looks flat for it. There is no reason to disallow the use of other paint types in vinyls. I’m pretty sure that we see it in official paint jobs.

Well, the game engine clearly has the capability of doing this. They just don’t expose it in the in-game editor. Take the #88 RTR Mustang as an example. It has a purple metalflake base paint. A mixture of matte and glossy vinyls, even some metalflake gold vinyls. The Bone Shaker has foil vinyls on a matte finish, etc. Pretty annoying that we are still stuck with these restrictions. I really hope Motorsport comes with a much more capable vinyl editor.

Haha! That’s a good one. We’re now going on, what… 17 years of Forza? Most would think after dam near two decades simple things like this would have already been implemented. It ain’t gonna happen.

Poorly mapped car models, areas of some cars that for some reason cannot have custom layers over them despite having decals on the same area for the stock design, etc. Lots of other long-standing issues not related to painting. Some of those issues have been around since FM2.