All Forza Files Locked on Windows 10

I have bought the xbox game pass to play forza horizon 4 and it turned out to just close after splash screen. I wen to the files and found out that every forza files are locked and gives me the error that I don’t have permission to open it when I am the owner of the pc please help I have also tried everything with the permissions thing with the security tab, changed the owner to everyone with full control but it is still locked.null 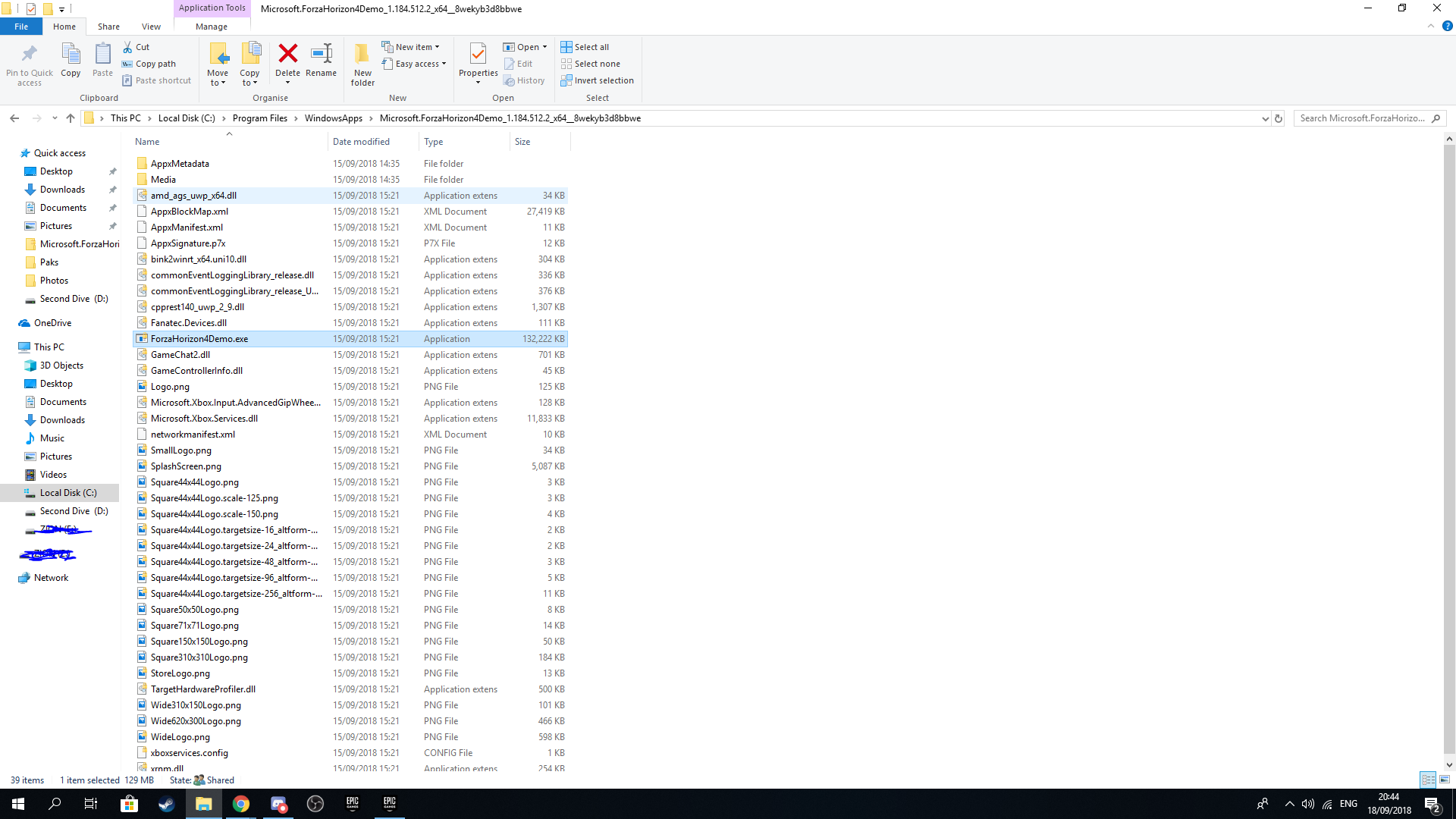 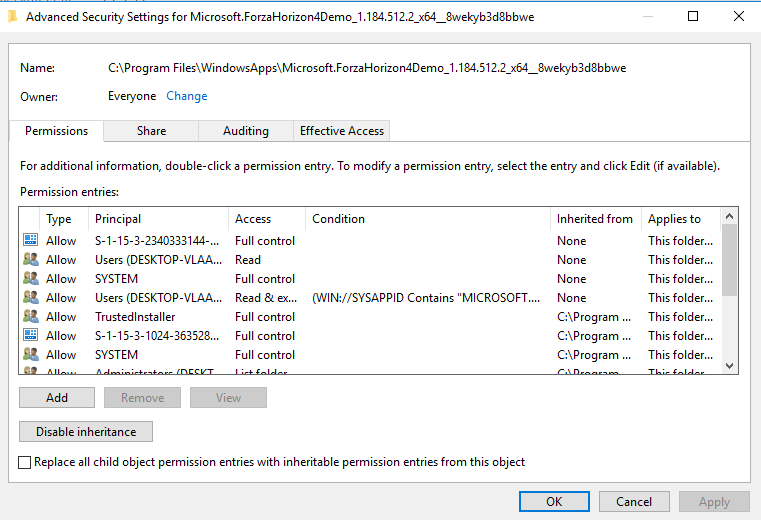 You can’t access files of windows games (maybe some if it’s allowed but usually no). First do you have RTSS or MSI afterburner or something like Fraps running when you start the ame as that will cause the game to crash on start up. Also there is a sound bug but you’ll need to look into that as I have not come accross it myself.

You can’t access files of windows games (maybe some if it’s allowed but usually no).

It is possible to access all files on your PC if you have admin. It just needs some permission changes but it’s nothing really complicated. However, there’s nothing interesting and the access could be useful only when all files were not uninstalled.

Another to look out for is the Raptr App (associated with the AMD Gaming Evolved App) and the DVI Recorder (Settings>Captures>Windows Settings>YES>Record in the background while I’m playing a game>OFF) being on in the Xbox One app which causes problems with all games and frame rate issues which should be turned off.