I think it would be great to see a cops and robbers game mode implemented into forza it gives players more choices and also innovates the game even more, yes I know the community will disagree because we have many games with cops and robbers, such as need for speed rivals, most wanted, and many more…

However I truly believe this gives players more choices, and it further betters the experience because then we are not just players driving around and getting bored, we are players that can be hunted for our actions.

They need to add cops, period. They don’t need to chase us in free roam but it would be more fun to have in street races. Makes them a bit more realistic

On the Xbox dashboard Forza section, under multiplayer requests, there’s usually a few posts wanting players for Cops’n’Robbers games, many in French, so it looks to be a popular thing.

I don’t know if PGG need to add a specific Cop mode, but perhaps adding more police cars - and/or the ability to add lights to more existing models - would make it easier for those who make their own game in a convoy (or however they do it), or at least give them more choice.

I do like the idea of some traffic cars being police cars though, even if they don’t chase after people. There are taxis and plumbers’ vans, buses and trucks, so why not Police? 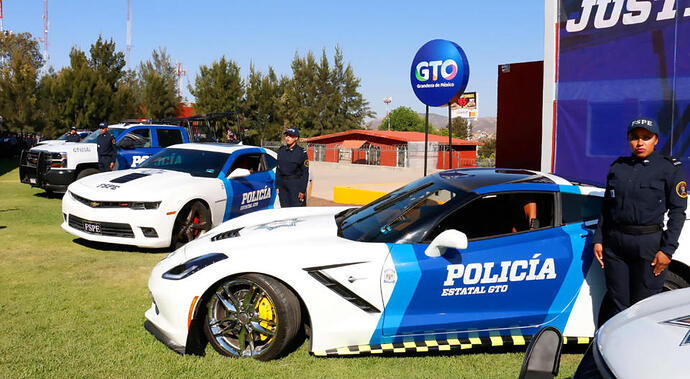 In fairness the police in Mexico apparently kind of do play their own Forza Horizon with seized gang vehicles.