#75 Subaru Livery on #199 car [UPDATE] Another chance to win the official one on the 28th February!

Finally got around to finishing the #75 David Higgins livery for the #199 car for those who haven’t yet got the #75 car yet. Here it is in the trim used on the 2016 Olympus Rally (including correct numberplate, just hide the standard numberplate to see it) for applying to the #199 car. Also made some notes on the editor (see further down).

My previous post on the work in progress is at #75 Subaru Livery on #199 car (WIP) if you want to compare. 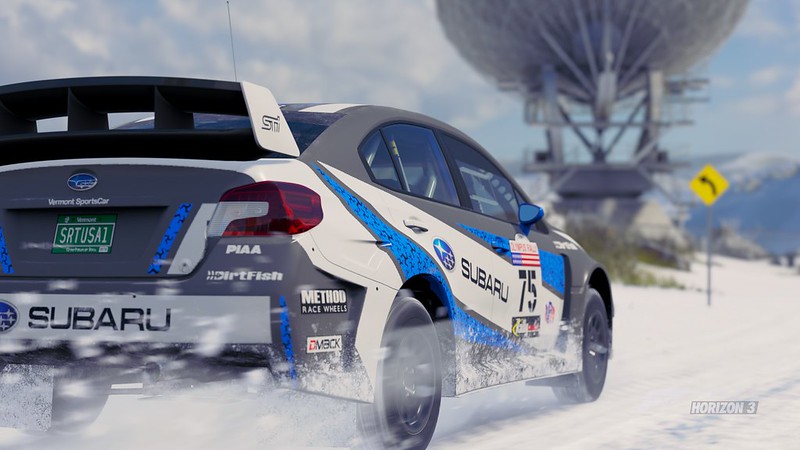 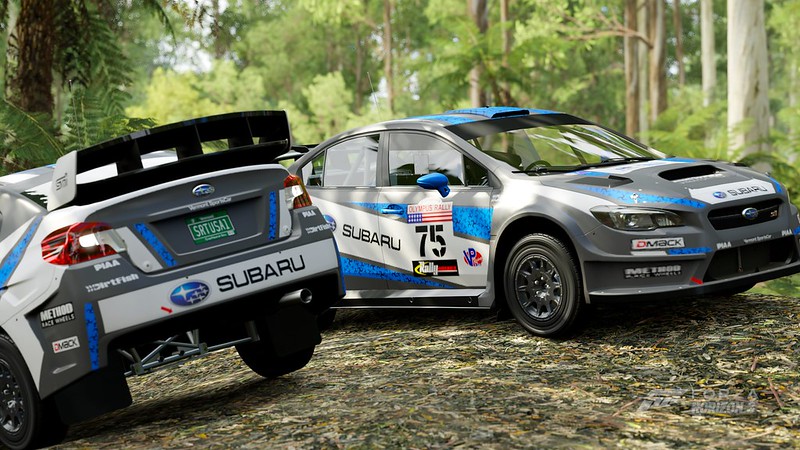 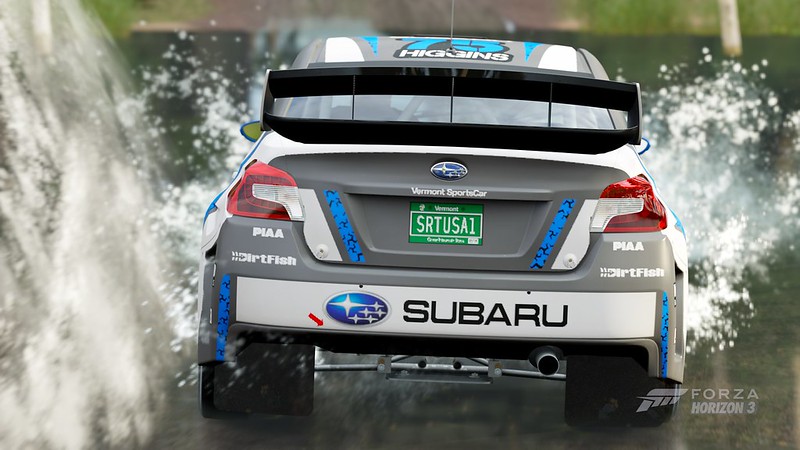 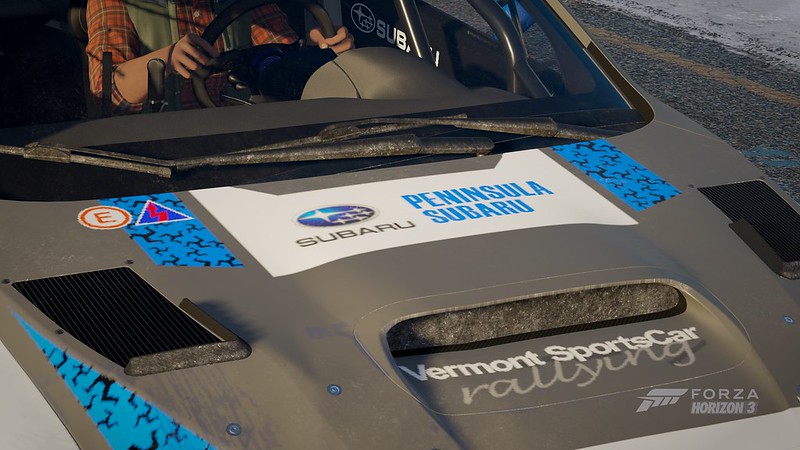 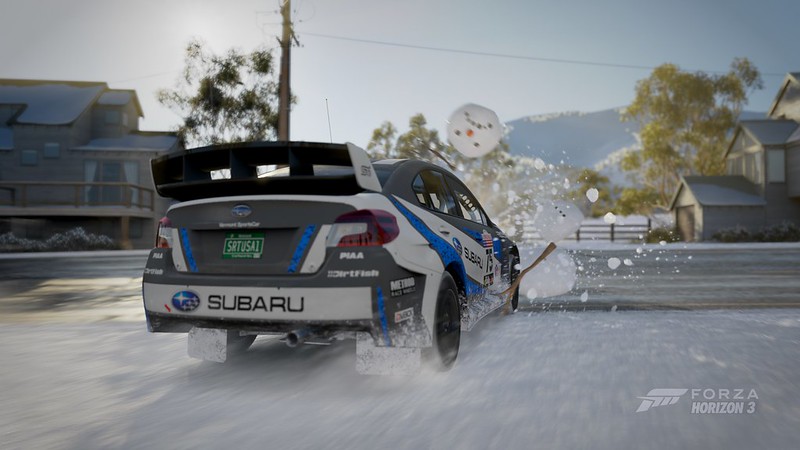 This one shows it chasing the official #75 car as a comparison: 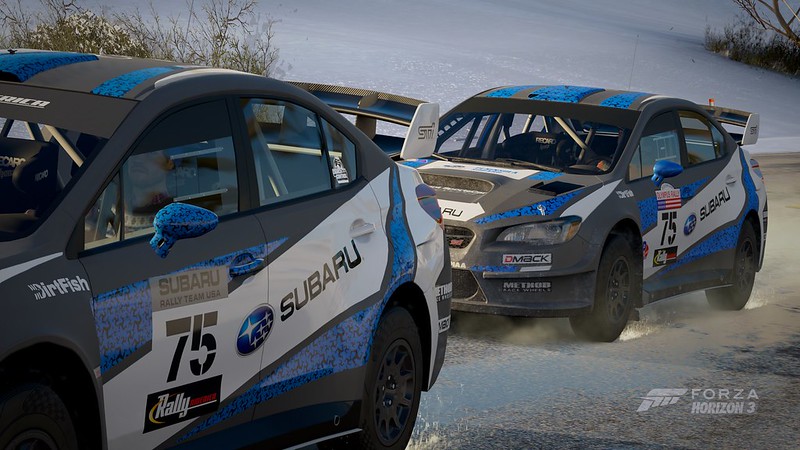 The following two shots show the limitations in terms of resolution of the in-game editor compared to Turn10’s internal one, the first is the rally plate from mine, and the second from the official #75 car (which I haven’t got yet, but I noticed it appeared in game after the last update even though I can’t buy it - have to wait for another #Forzathon, I guess). You can also see that despite the body colour being matte, the offical version numbers show as shiny, so potentially the game could support mixed surfaces (or it’s just an effect of the light angle …).

Interestingly (to me anyway!), the repeating pattern of triskelions (it’s not actually random) on the official car is exactly the same as that on the real car (although not quite in the same position) so I presume they got the original file from Subaru. I’m pleased that mine turned out about right scale-wise, although I couldn’t go quite as dense due to layer limitations. 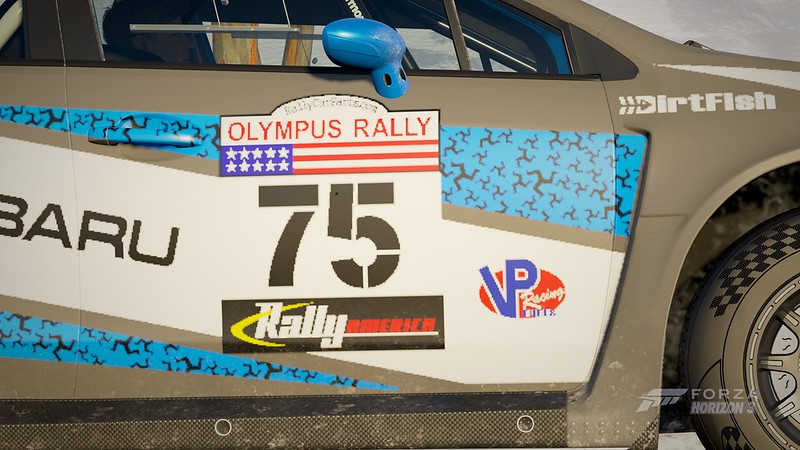 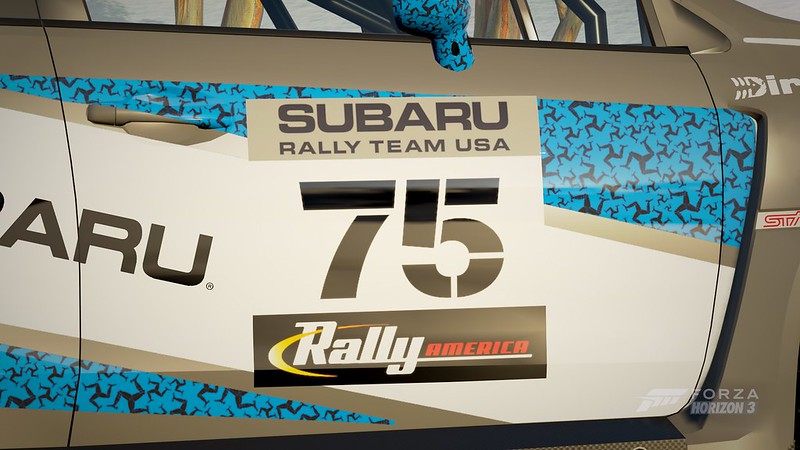 A heads up for another chance to win the official #75 car itself in the Forzathon on the 28th February.