[1st gen Xbox One] Many graphical and performance issues

Hi guys, unfortunately many problems that I noticed on the demo carried to the final version of Forza Horizon 4.

• Sound delays when pressing buttons and on wheelspins;

• Very long saving times (when adding cars to the garage, for example);

• Low performance (much less than 30fps) using Forzavista on houses;

• Missing ground textures at night (on any season) and during the winter season (at any time). The funny thing is: when this happens, even the recommended racing line is missing. And, when I do a huge burnout, there is no smoke around the car.

I’m about to buy an Xbox One X and put the old console on storage, but as the game was also developed to run on the original Xbox One, I thought It would be OK. Got the Ultimate Edition (as I always do) thinking the bugs on the demo would be ironed out in the final version. And nothing like this happens on any other game of the Forza franchise I ran on this console (FM5, 6, 7 and FH2 and 3).

The console is an original Xbox One bought in December 2013 (not a launch model), using only the original 500GB hard drive.

Thanks in advance for any advice or recommendation on how to correct this behavior.

I’m using Xbox One S, I don’t plan to upgrade, can’t really afford that. I have those issues as well. Also in Showcase where you race a train it’s pretty bad. The closer you get to the train the worse framerate gets. In one regular cross race I had a big stutter that made me lose control over my car.

Well, I captured many screenshots and took two 1080p videos on Game DVR, but xboxdvr.com still can’t reach the game media files on Xbox servers yet, so I can’t post them here for now.

I hope this thread won’t go down the page unnoticed. There are many people who still have the OG\S Xbox…

I hope this thread won’t go down the page unnoticed. There are many people who still have the OG\S Xbox…

I don’t intend to let it die for now… as soon as I’m able to post the pictures and video, I’ll do it. We can’t be the only ones having these problems on the older hardware.

I have same problems with Xbox One S

Hope they will look into this.

It almost seems like everyone has a powerful PC or One X nowadays, I know it’s not true but not many people speak on the issues on older consoles.

Am having sound issues on my OG One and no one bats an eye.

I had sound problems once or twice too.

Well, after today’s day-one patch, it’s running fine for me now. Graphics are beautiful and performance is much improved. Let’s hope it stays that way. If not, I’ll be back to rant a little more.

Well, it really didn’t take long… everything was looking perfect but, about 10 minutes ago, the graphics started bugging again.
Shame.

I still have some stutters in outdoors Forzavista. The indoors works great though.

After quitting and restarting the game, it ran for hours without any major issues… just some sounds got cut-off for a few moments after leaving my house, but it stopped after a couple of minutes and was able to play with everything looking OK. That was yesterday. Let’s see what’s in store for today’s experience with the game.

So, after a few hours, the graphics problem started again and another game restart solved it.

Looks like we’re gonna have to endure this until T10/Playground issue another update.

Today I had sound disappearing as well as being stuck on high rpm. I also noticed some slowdowns during the game (in this case Free Ride). I also had a stutter that made me lose control over car once again when I was drifting…

Yeah, unfortunately the problems are still happening. Today, I had to restart the game twice because I decided to use drone mode and every time I quit the drone back to the car, the graphics went crazy…

C’mon T10/Playground! This looks like some kind of memory issue! Can it be fixed?

My game was great from day 1. But last Thursday the game became unplayable. Cars slamming into invisible walls, buildings just disappearing, roads disappearing, roads becoming sky, extremely long load times, the game is unplayable on my end because it crashes so often. I’m ready to give up and get my money back because EVERYONE I reach out to ignores me.

Ok, now it’s almost impossible to play the game without any graphical issues… only 1 in 10 game starts give me correct visuals. The other 9 times go like this: 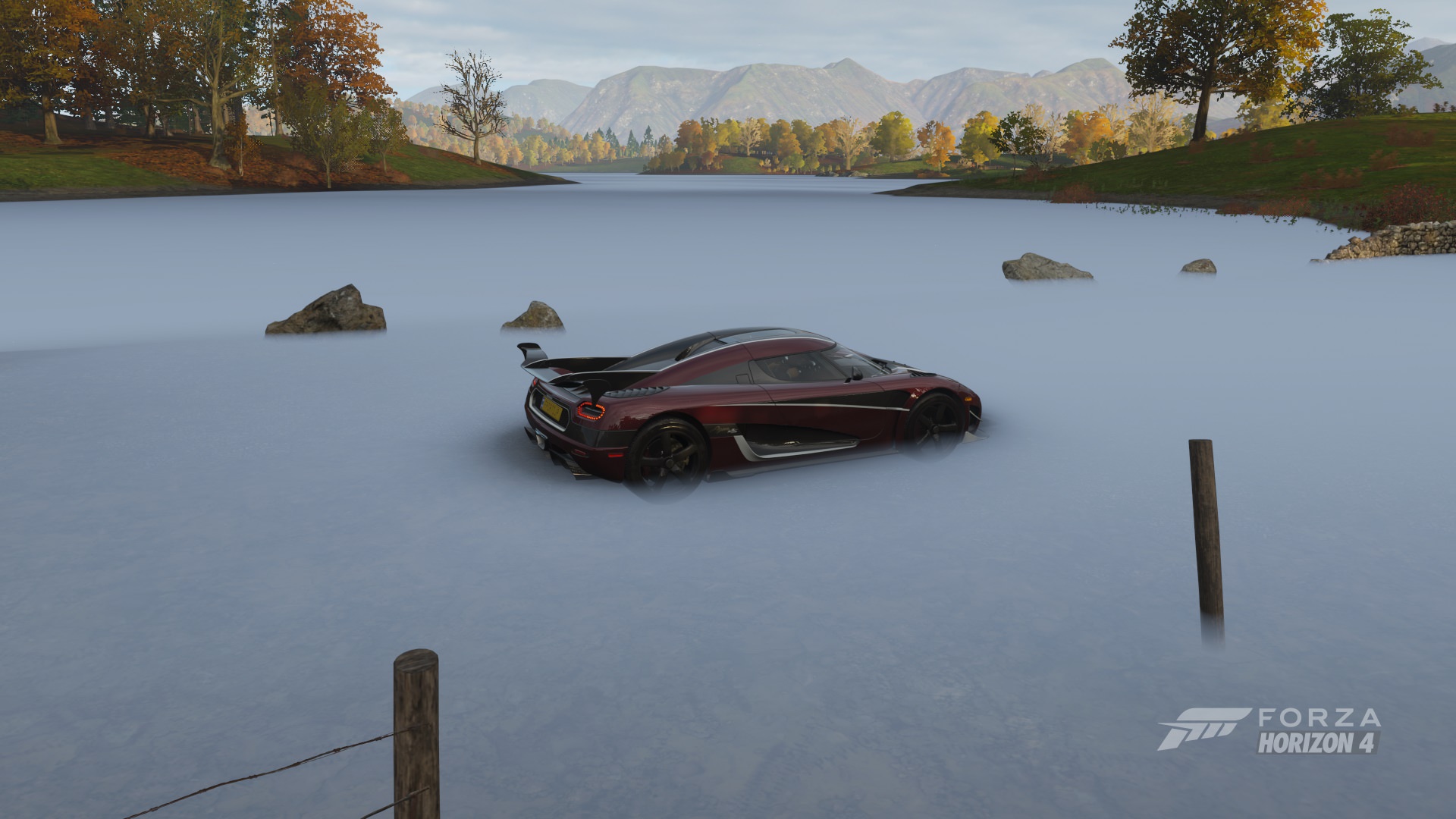 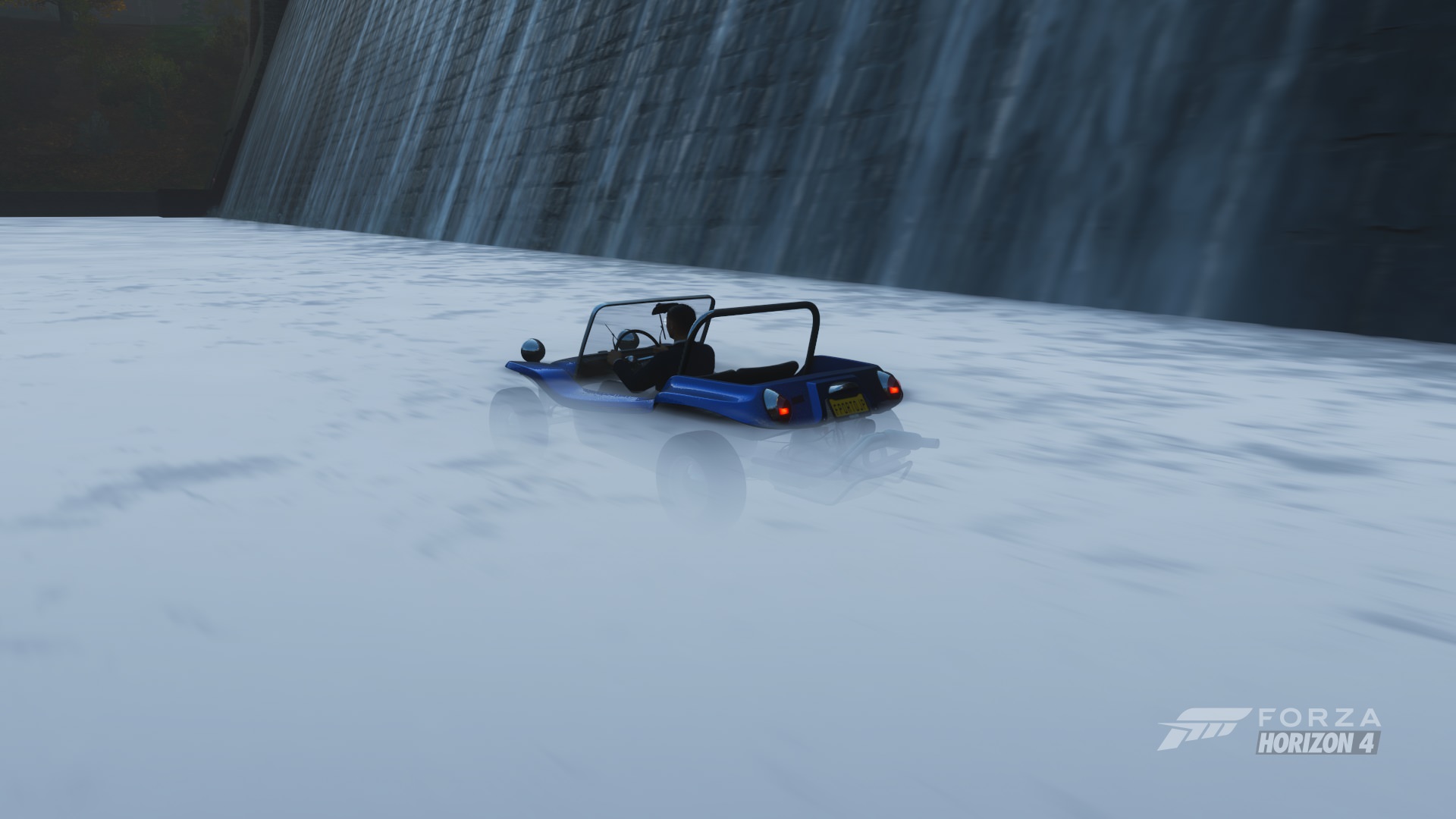 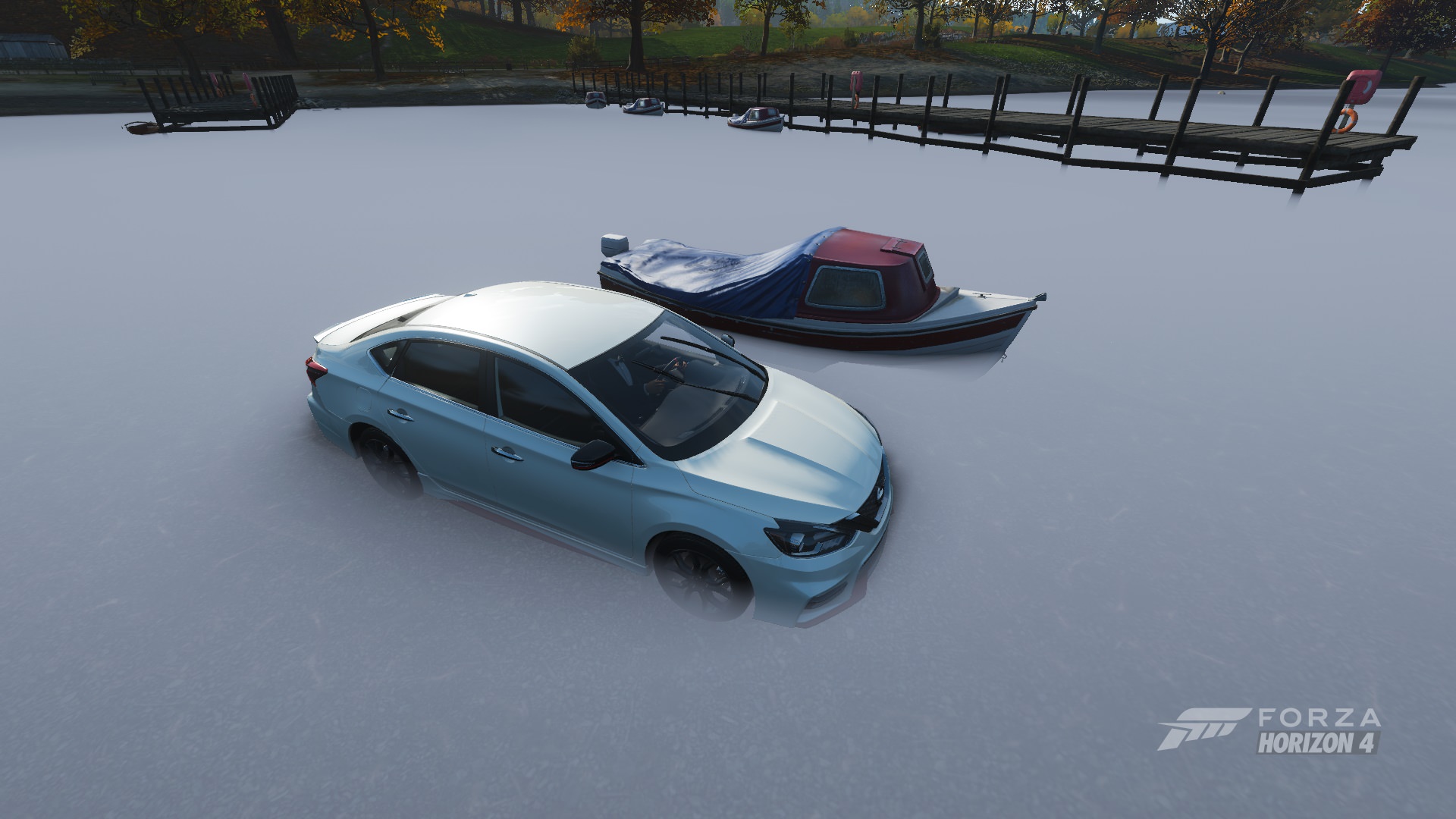 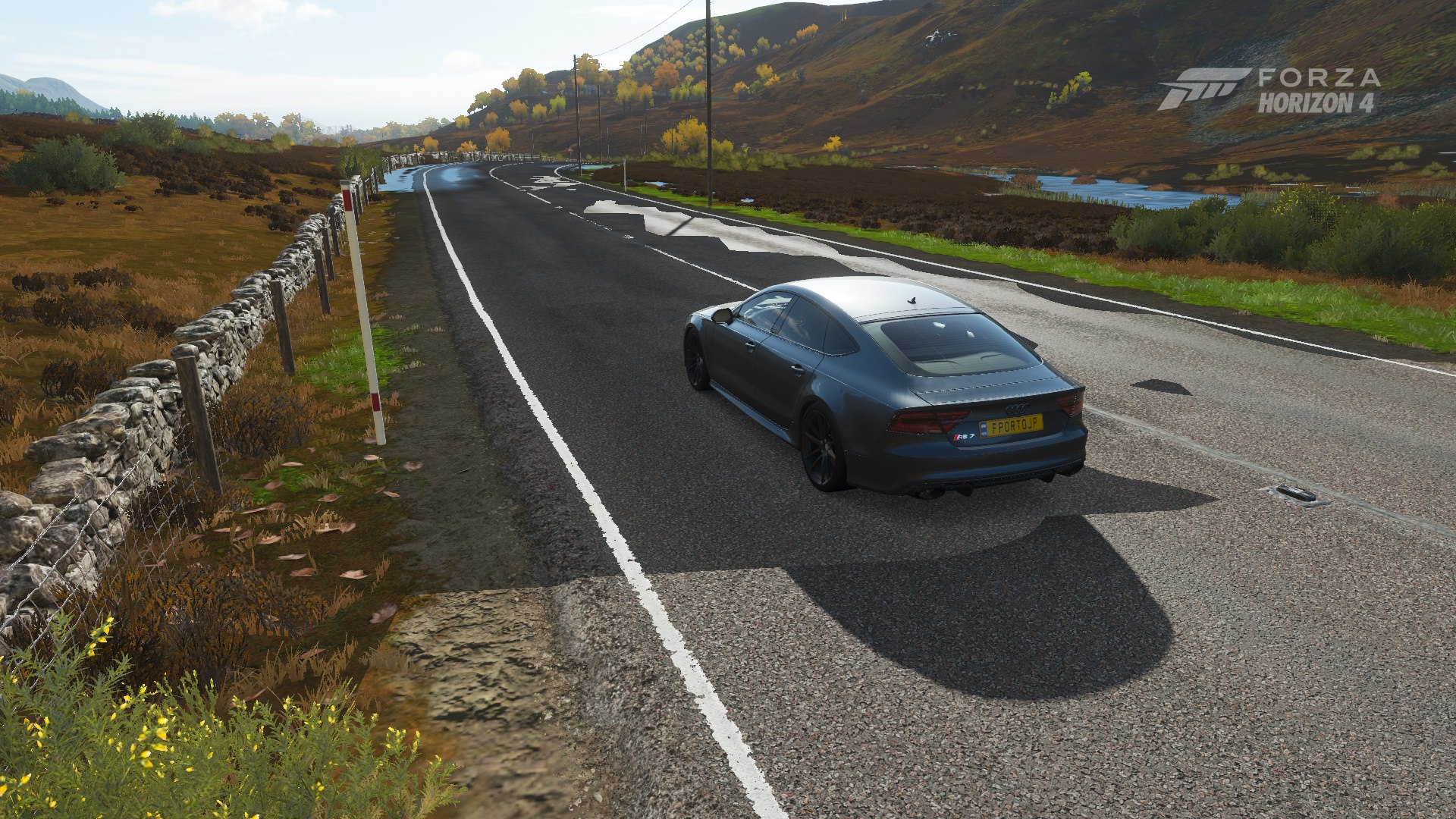 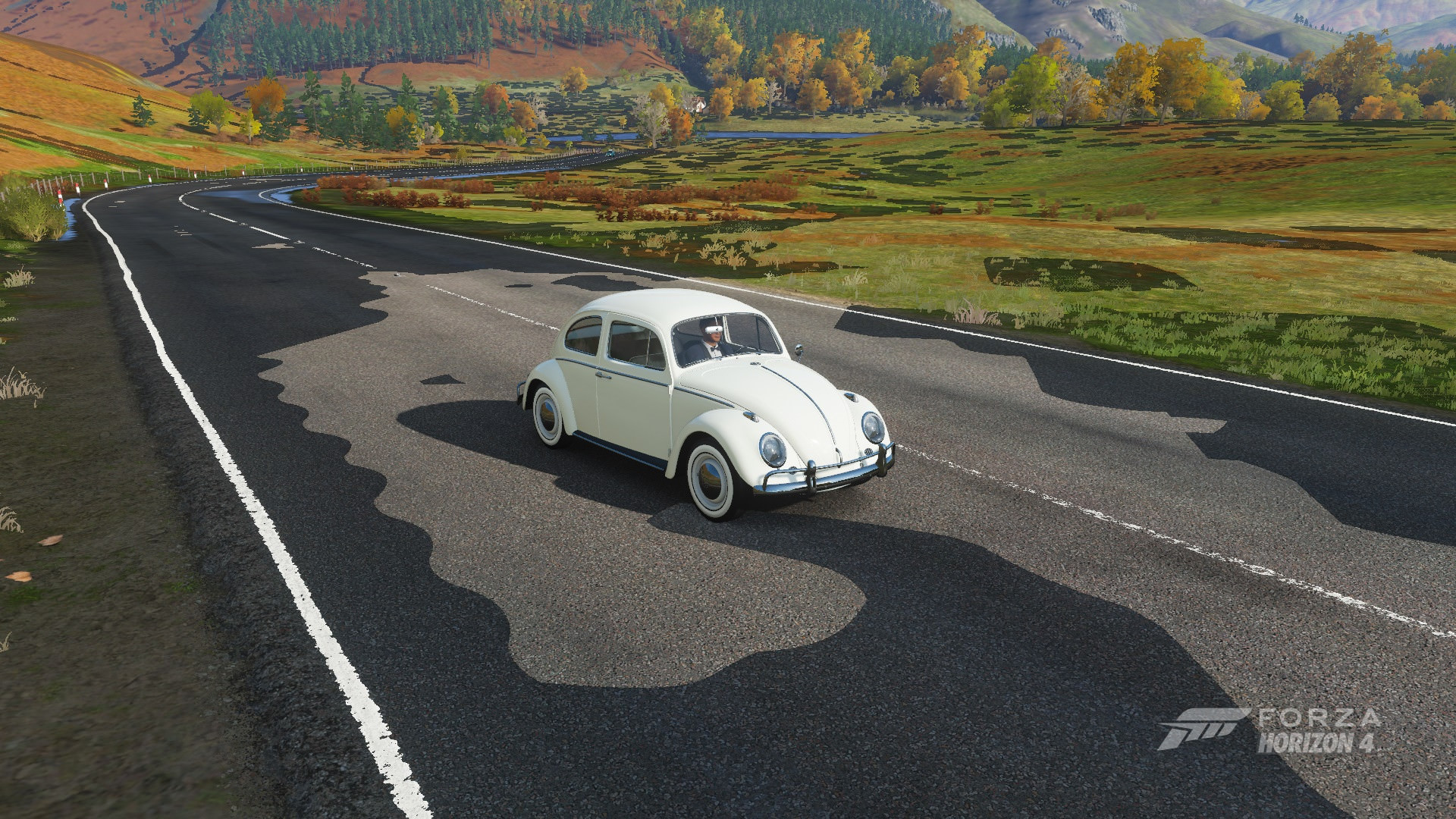 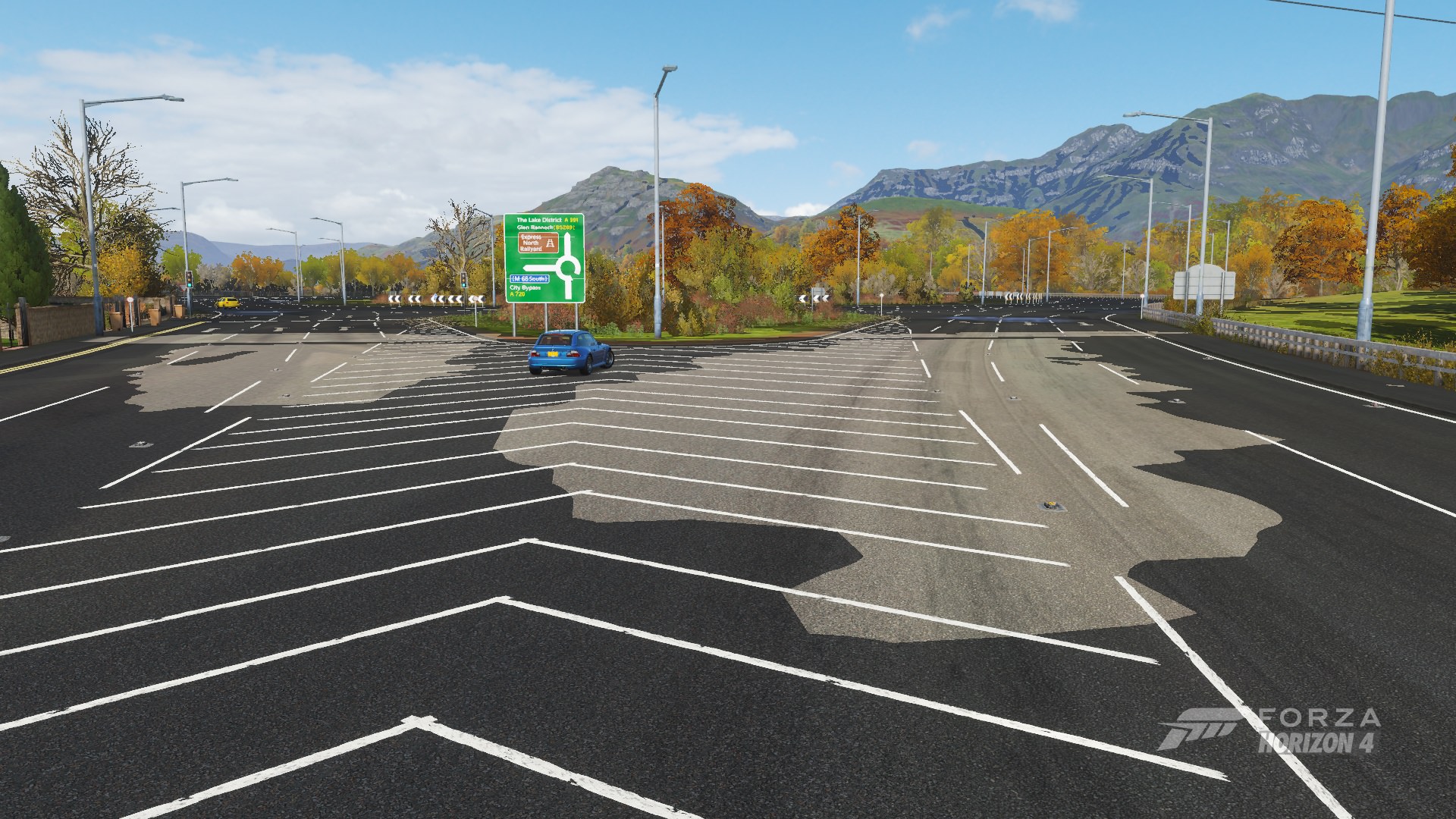 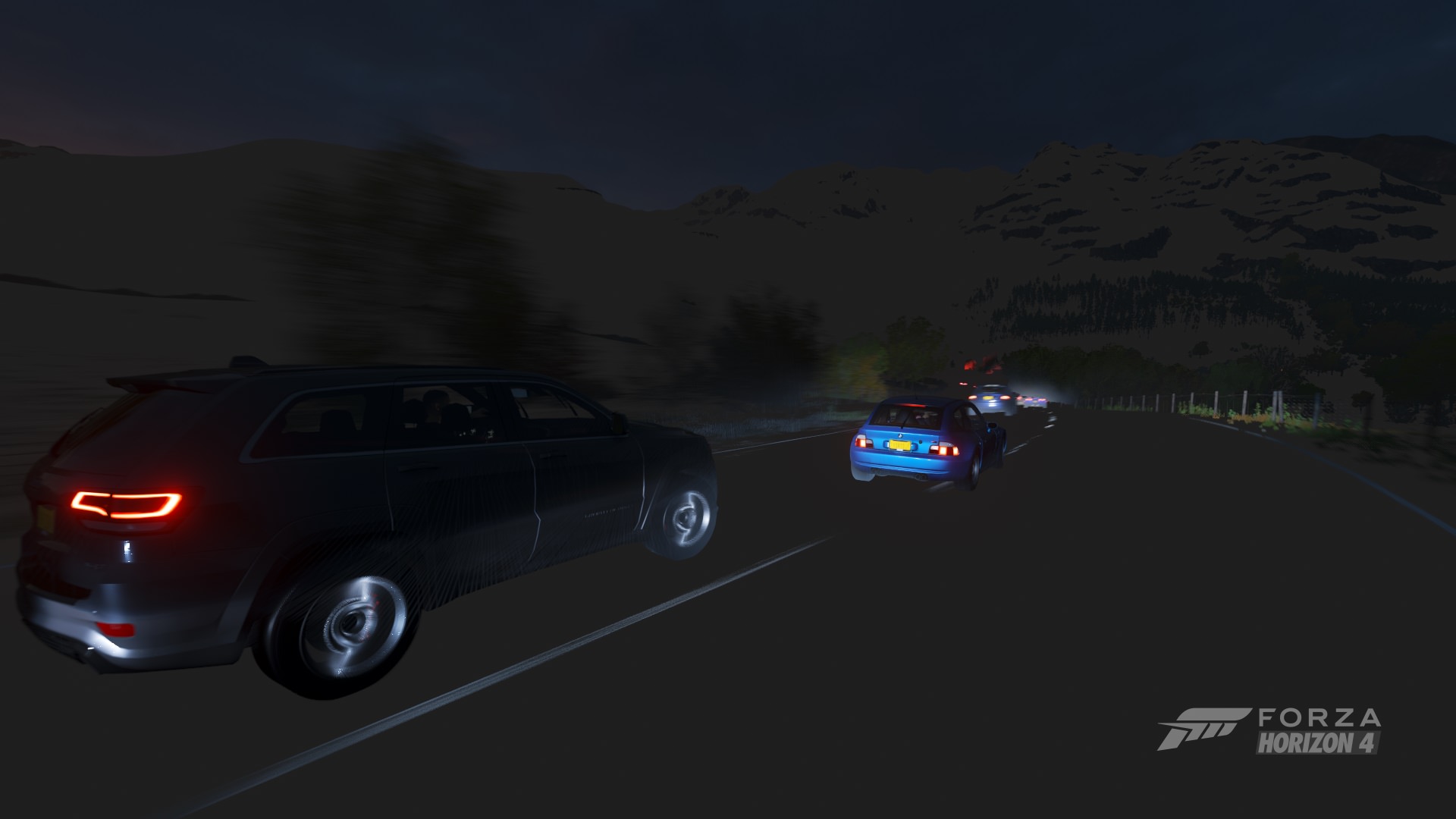 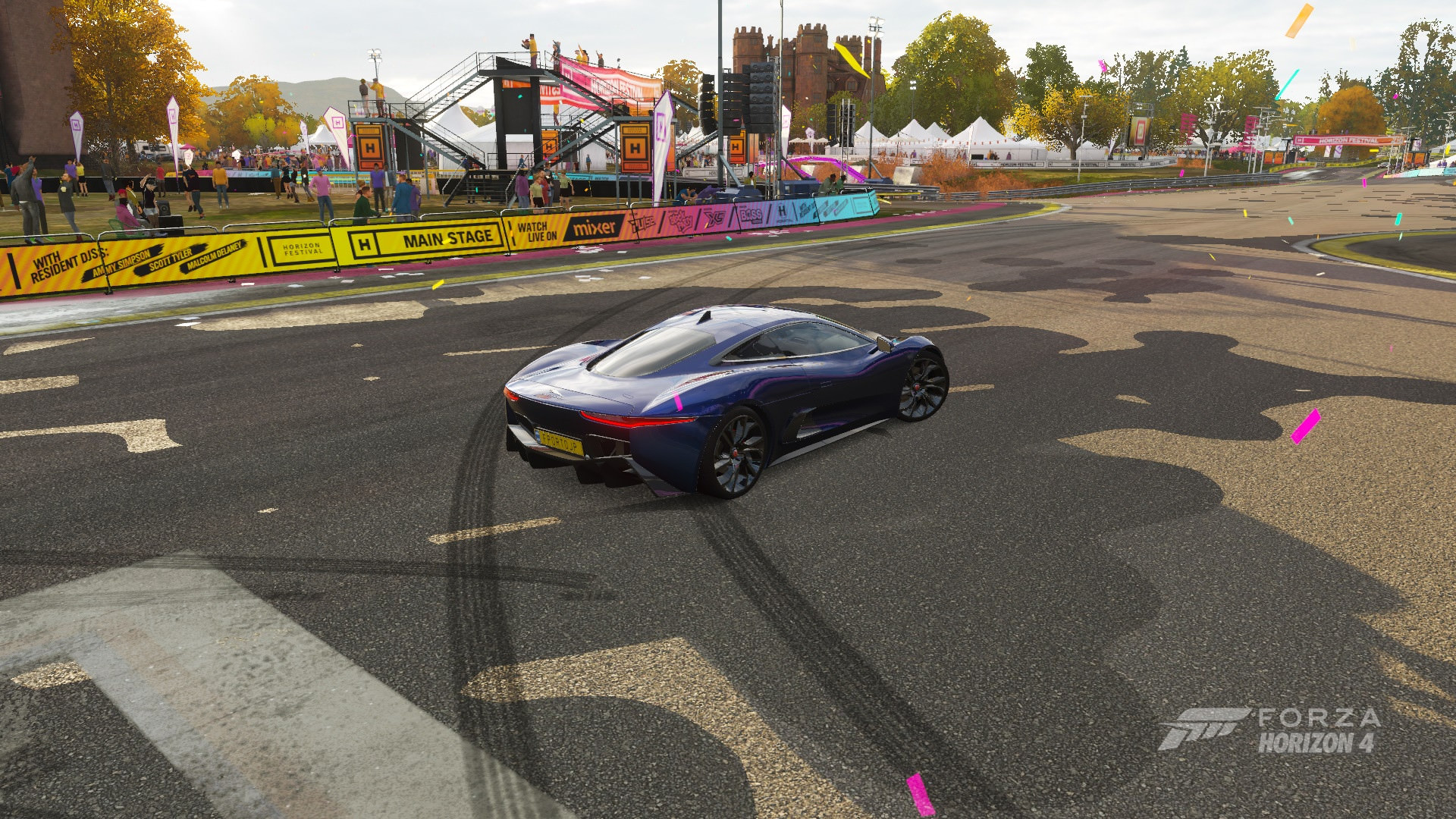 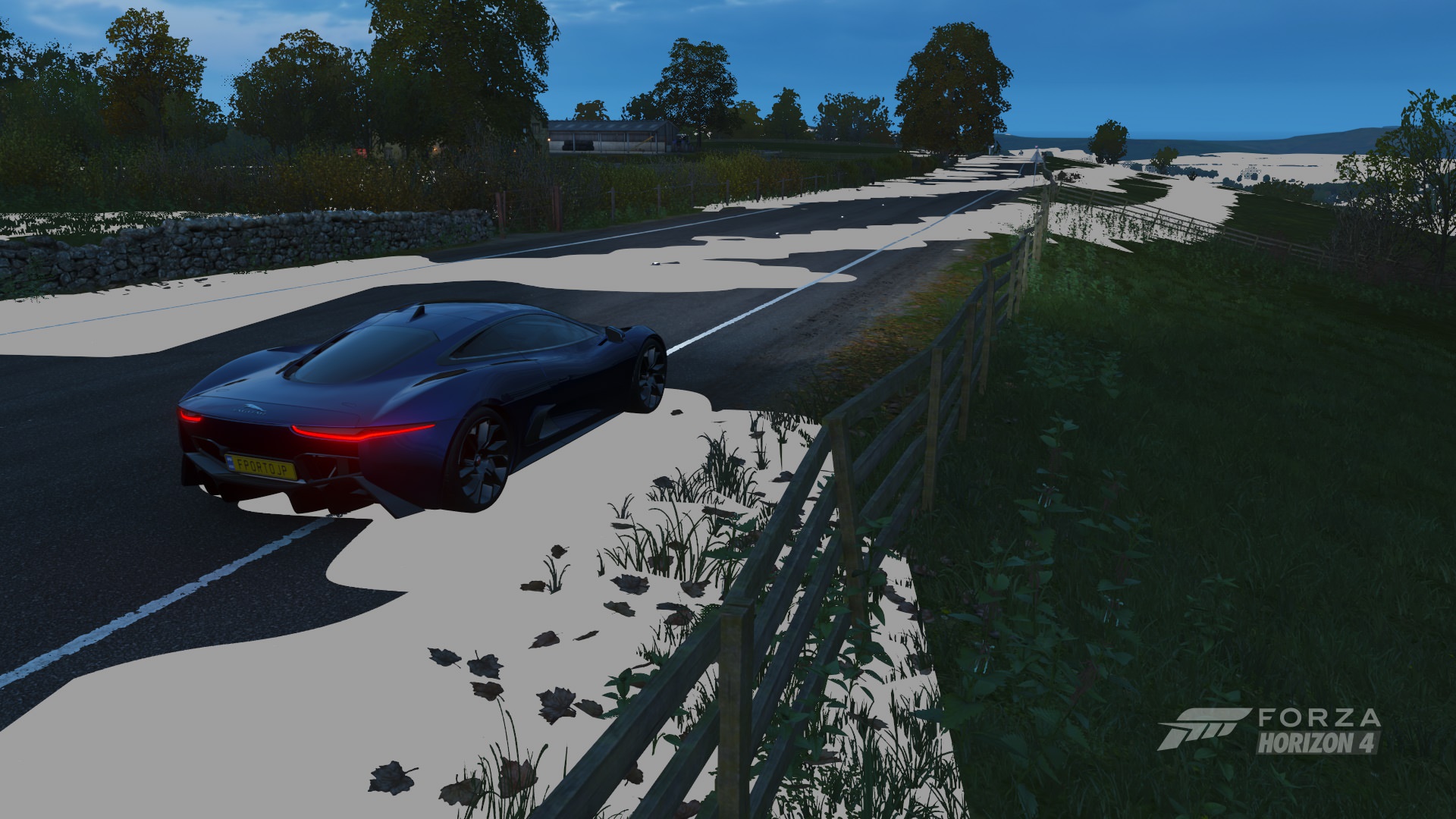 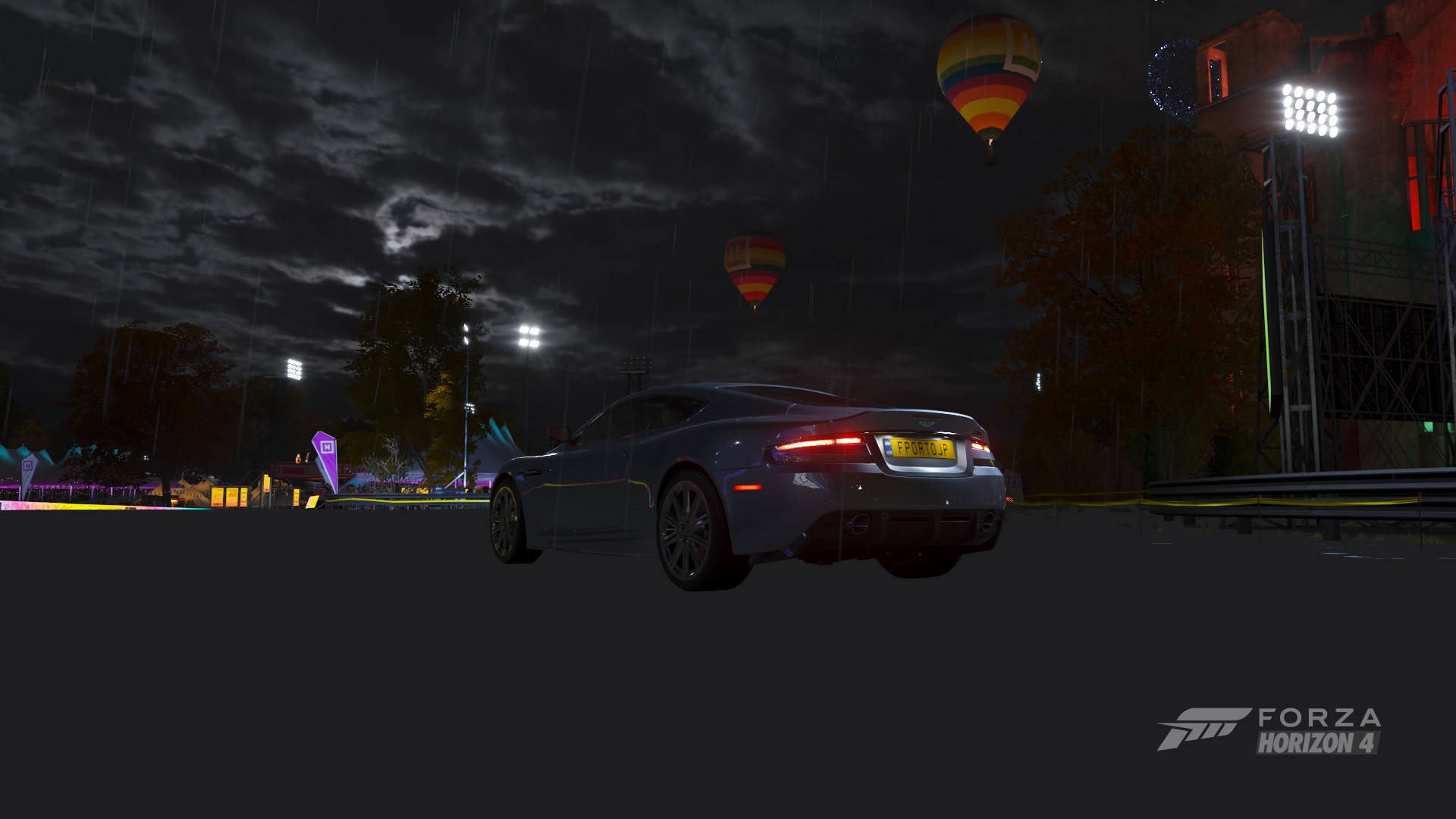 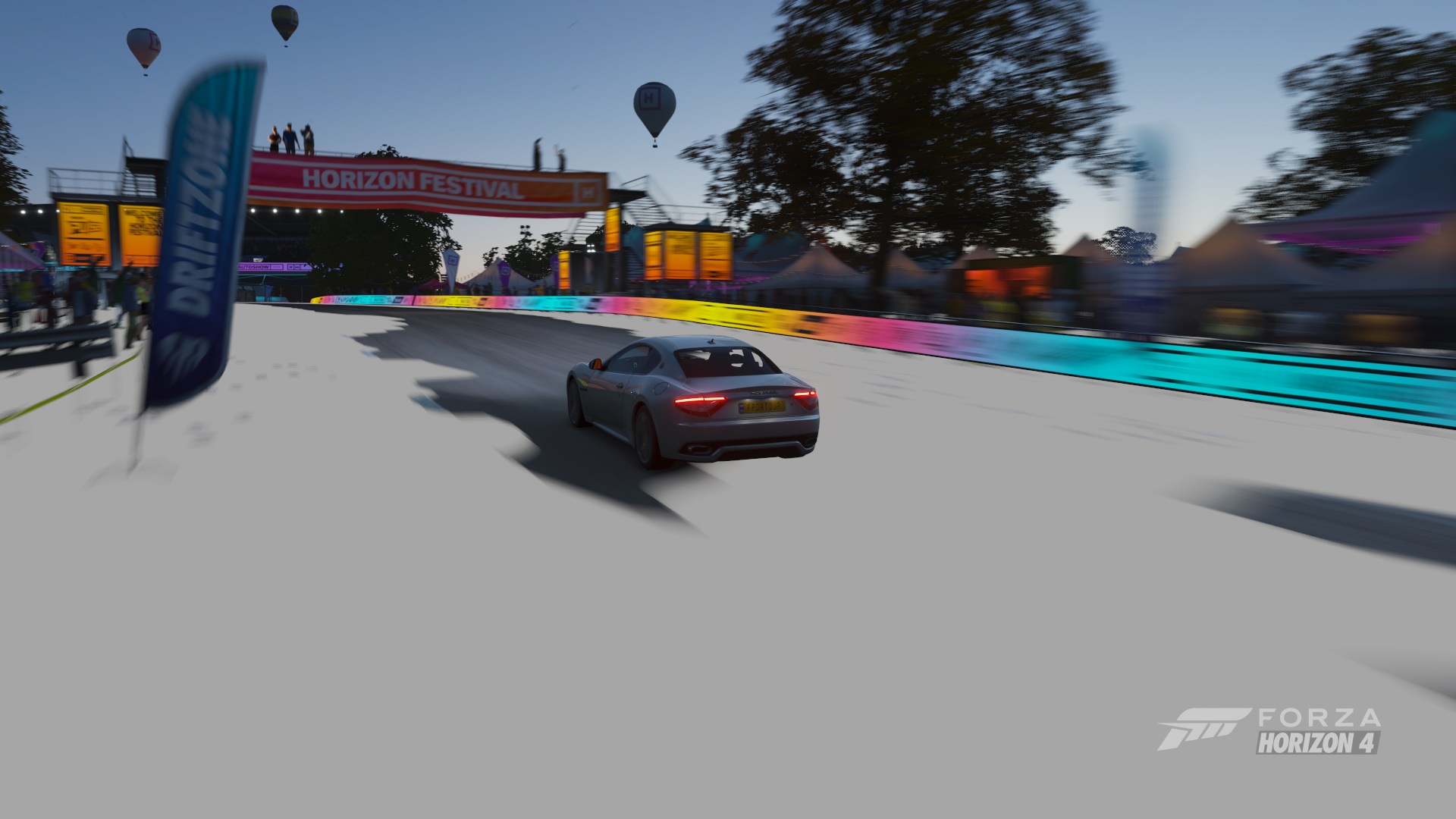 So is it really my Xbox the “One” to blame for this?