I have noticed an issue with the performance/specs of the 1993 Nissan Skyline GTR V-spec. When viewing the performance stats the car shows as having 320hp, rather than the 276hp which it should have. The increase in power is also viewable when driving the car and using the telemetry feature.

I’m unsure if the increase in power is a bug in the stats, or a ‘real world’ increase in performance. The performance index of the car does not seem to reflect the change in power so this could potentially be used as an exploit in class based racing/rivals leaderboards.

I have included included screenshots showing the bug below, if you need more information feel free to let me know. 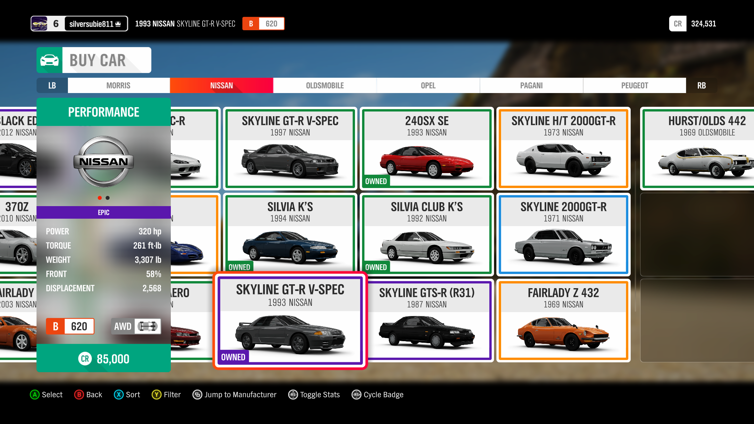 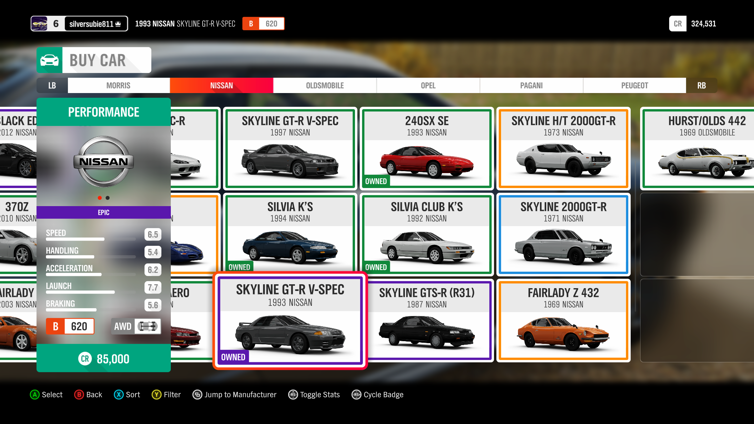 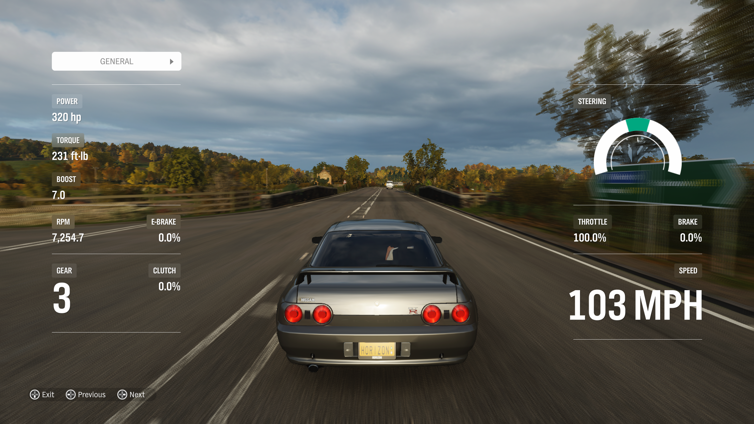 The 276hp was a Japanese thing in the 90s\early 00s, manufactuers had an agreement that production cars won’t have more than that. Performance cars (Imprezas, Skylines etc) oficially had that number but it wasn’t the actual figure. The 320hp is around how much power those cars (R32 Skylines) really made.

I did wonder if that might be that case. However when you check the stats against the R33 GTR which used a very similar version of the RB26 engine, the official numbers have been used. Has anyone from turn 10/Playground games said that they are using the ‘real world’ figures as it seems like a bit of a minefield. Especially when you consider the PI is relatively similar to how it was before (comparing it with FH3) but the car now has an extra 44hp. 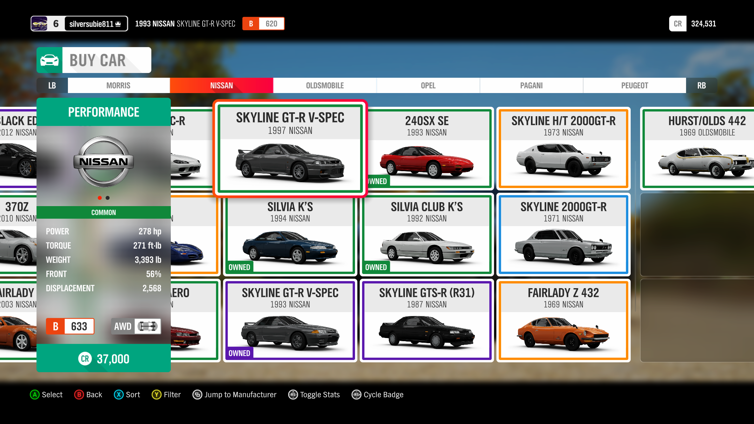